Kathy Shelton, the fourth woman with Trump at the table before a phalanx of media, was a child in a rape case Hillary handled when she was a young lawyer.

The unusual Facebook Live video – which has been viewed more than 300,000 – was streamed by Trump to his massive social media audience shortly before the second presidential debate. Trump was clearly trying to neutralize the fallout over a 2005 videotape that showed him making crass comments about women, including saying he would grab then in their private parts, and they would let him because he is a star.

“Does your star power allow you to touch women without their consent?” a reporter asked Trump, but Trump ignored the question, which was a clear reference to the Billy Bush tapes that captured him making lewd comments about women. Trump segued to the women and said that the four women had courageously asked to be there.

“Why don’t you ask Bill Clinton that?” Paula Jones retorted to the reporter. Jones famously accused Bill Clinton of sexual harassment when he was a sitting president, sparking the Ken Starr investigation and Clinton’s impeachment. The president settled the Jones case for $850,000.

Broaddrick came forward in the late 1990s to allege that Bill Clinton had raped her, and injured her lip, while he was Arkansas attorney general in 1978. She did not report the allegations at the time, but has given several detailed television interviews about them. Bill Clinton’s lawyer has denied her allegations on his behalf, but Bill Clinton himself has not directly addressed them.

Willey accused Clinton of groping her in the Oval Office in 1993 on the day her husband committed suicide.

Here’s a snapshot of what each woman said in Trump’s pre-debate video:

Paula Jones said, “I am here to support Mr. Trump because he’s going to make America great again…He’s a good person. He’s not what other people are saying he’s being.”

Kathy Shelton said, “I’m also here to support Trump. I, at 12-years-old, Hillary put me through something you would never put a 12-year-old through. She says she’s for women and children…now she’s laughing on tape.”

Juanita Broaddrick said, “Actions speak louder than words. Mr. Trump may have said some bad words, but Bill Clinton raped me, and Hillary Clinton threatened me. I don’t think there’s any comparison.”

Kathleen Willey said, “I am here to support Donald Trump. The reason for that is the first day that he announced for president, he said I love this country, and I want America to be great again. And I cried when he said that.” 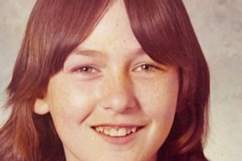