Drake with #DonaldTrump at Tahoe event in 2006. Pic courtesy of Jessica Drake and @GloriaAllred pic.twitter.com/VKcmu1IuPW

Drake appeared alongside celebrity and Democratic attorney Gloria Allred to lodge her accusations before a bank of television cameras. Allred has shepherded the media appearances of two other Trump accusers.

Drake was the 11th woman to accuse Trump publicly of sexual misconduct, allegations that he strongly denies.

The accusations came to light in the wake of the release of the hot mic that captured Trump making lewd comments about women as he spoke to former Access Hollywood host Billy Bush. Drake said she was motivated to come forward in part by Trump’s comments on that tape and the ensuing controversy.

“I am currently contracted to Wicked Pictures as an adult performer and director in adult films,” Drake said in the news conference. “I am a feminist. An advocate for women’s rights. LGBTQ rights. And the rights of sex workers. I am involved with many charities…”

Drake has made some political and social issue tweets, including retweeting this one:

TRUMP JUST SAID ROE V. WADE SHOULD BE OVERTURNED. THIS IS NOT A FUCKING DRILL. #DebateNight

sorry for the lack of ass pics,
but lemme get this straight. cops CAPTURED the guy who was bombing NY, but killed unarmed #TerenceCrutcher ?

More of her tweets are about sex, though:

She has also retweeted stories on the recent sexual misconduct allegations against Trump.

big thanks to @chrislaxamana for having me on his show!! Check it out here- https://t.co/wLVgtNIGwC pic.twitter.com/TsWu6AtzWz

In the October 22 press conference, with Allred at her side, Drake said Trump asked her for her phone number and then invited her to his room at a Tahoe golf tournament. She said he also flirted with her and invited her to walk along the golf course with him, which she did. She also says she gave him his phone number.

She said two other women came with her to his room because she “didn’t feel right” going alone.

just a reminder…
my newest @WickedPictures movie The JOB is on https://t.co/LCLnNCBbui right now! ? pic.twitter.com/eIEs2iCCIA

She said it “felt like an interview,” and the women left the room. She says she then received a call from a man calling on Trump’s behalf who allegedly said Trump wanted her to return to his suite. She said she didn’t want to return, so then Trump himself called and allegedly asked her to come have dinner with him.

“What do you want—how much?” —Adult film actress Jessica Drake says Trump offered her money to…spend time with him https://t.co/XmTbcb3lwA

He allegedly said, according to Drake: “What do you want? How much?” She said she told him that she couldn’t come to his room because she had to return to L.A. for work because she “didn’t want to be with him.” She says she then received another call from either Trump or another person calling on his behalf offering her $10,000.

Drake said she declined again. She was then told Trump would let her use his private jet, an offer she also says she declined. She says she related her experiences immediately afterward to some friends, but she declined to share their names.

Allred said the alleged encounter occurred at a golf tournament in 2006, after Trump had married Melania Trump.

3. Drake Presented a Photo of Herself With Trump

Allred held aloft a photo she says shows Trump and Drake on the day Drake claims Trump offered her $10,000 to stay with him in his hotel room.

In a rally at Gettysburg, Pennsylvania on October 22 just hours before the latest accuser went before the microphone, Trump denounced all of the allegations against him as lies and pledged to sue his accusers.

Trump also claimed the system is rigged, the media biased, and that there is rampant voter fraud in the election.

Clinton’s campaign responded that Trump’s speech was full of conspiracy theories and promised legal and political retribution against his accusers.

She grew up “around Texas” and once won an award for “Best Oral,” says the site. She is divorced and listed as having a current partner.

Vocativ said Drake got started in the adult industry after stripping and going to college with a psychology major in Texas. “It took me about a year before I did my first movie, and I was very, very comfortable with it,” she told the site.

Trump has tried to shift public attention back on accusations of rape and other sexual misconduct against former President Bill Clinton although, clearly, Clinton is not running for president. However, one woman, Juanita Broaddrick, who accuses Clinton of raping her in the 1970s, claims that Hillary Clinton tacitly encouraged her silence.

More recently, Leslie Millwee told her story in an interview with Breitbart News, a conservative site. She alleges that she was sexually assaulted by Clinton three separate times during 1980 when Clinton was the governor of Arkansas. At least eight women have accused Clinton of sexual assault.

As with the Trump accusers, those Clinton accusers did not report the allegations to authorities at the time, although Broaddrick’s claims were unearthed during the Ken Starr investigation in the 1990s. 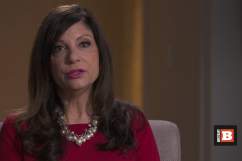 5. Allred Has Represented Two Other Trump Accusers & Is a Hillary Clinton Supporter 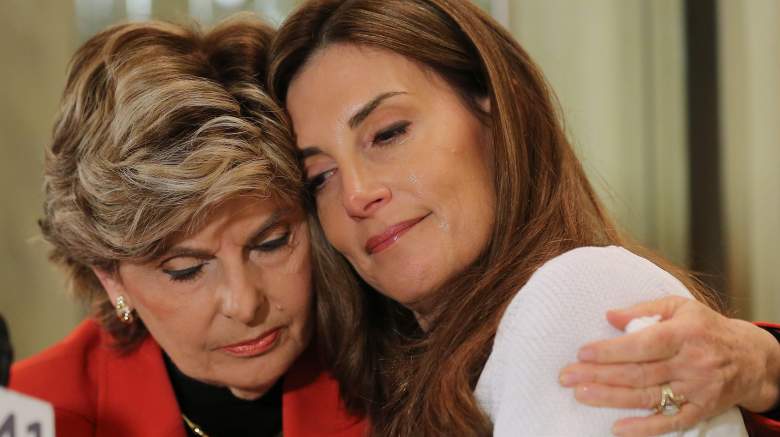 Virginia accuses Trump of touching her breast without her consent at the U.S. Open in 1998. She did not know Trump before that time, and she did not report the accusations to authorities when the incident allegedly occurred.

Zervos claims that Trump kissed her on the mouth very aggressively, and touched her breast. She says she repeatedly resisted and tried to get him to stop. Trump has countered Zervos’ claims by releasing a positive email she wrote to a higher up in his organization last spring and releasing a statement from Zervos’ cousin calling into question her claims.

According to Daily Variety, Allred was a delegate to the Democratic National Convention this summer. Daily Variety described her as “among the few Democratic activists who have already confronted Republican nominee Donald Trump head on, and won,” saying she once represented an ejected transgender Miss Canada/Miss University beauty pageant contestant.

The New Yorker said in August that Allred has “been a Hillary Clinton supporter since 2008” and also represents multiple Bill Cosby accusers. She was a Clinton delegate eight years ago too, said The New Yorker. Allred has called electing Clinton “history” because Clinton would be the first woman president, the magazine said. She also has a long history of representing women in legal cases against powerful men.

Allred also appears in WikiLeaks Democratic email hacks, such as editing an email blast being sent to Democrats in her name criticizing Trump months ago. 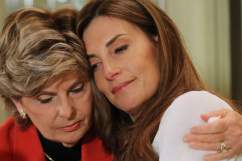