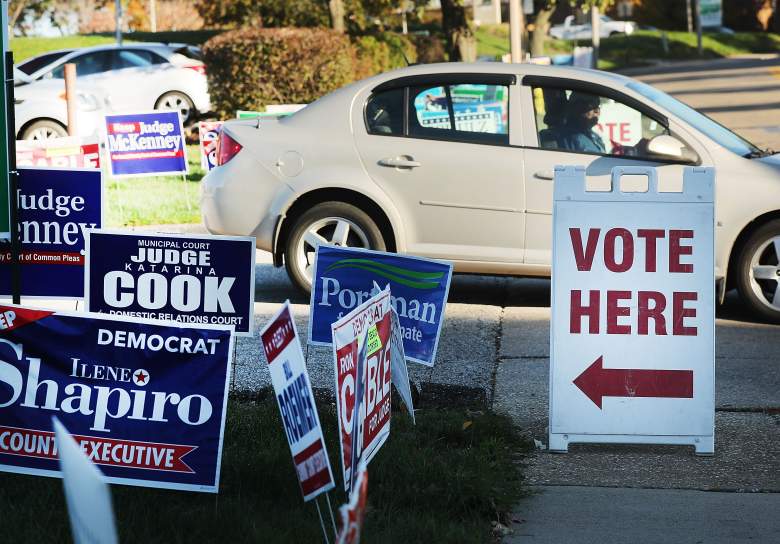 Campaign signs are placed outside of a polling precinct open for early voting on October 25, 2016 in Akron, Ohio. (Getty)

Thousands of voters in Ohio have already cast their ballot in the 2016 election, and those who follow politics are dying to learn more about which candidate is leading in this key battleground state. How are the numbers looking so far? Will Donald Trump win, or could Hillary Clinton secure Ohio’s 18 electoral votes and make Trump’s path to 270 much more difficult?

In Ohio, the early voting period extends from October 12th all the way until November 7th, the day before the election. If you’re an Ohio resident who wants to vote early, you can find your county’s Board of Elections on this list. Right now, most of these polling places are open from 8:00 a.m. to 6:00 p.m., but starting on October 31st, that’s extended until 7:00 p.m.

Before we dive into the numbers from this year, let’s take a look at some of the early voting results from 2012 and see how they compared to the final result. The state does not release information about which candidate early voters cast their ballot for, but we do know how many Democrats and Republicans turned out. In 2012, 29 percent of those who voted early were Democrats, and 23 percent of them were Republicans, according to Politico. That suggested a Barack Obama victory, and indeed, Obama ended up winning Ohio by a margin of about three percentage points.

Information has not yet been released about how many Democrats or Republicans have voted in Ohio, but there is now data available regarding the turnout in each county, and the numbers look pretty good for Donald Trump. According to Cleveland.com, among the counties that voted for Mitt Romney in 2012, the average county has seen a nine percent increase in absentee ballot requests compared to 2012. Statewide, 11 percent more Republicans have requested early ballots than did four years ago.

For comparison, among the counties that voted for Barack Obama in 2012, the average one of these blue counties has seen just a very slight uptick of ballot requests, a 0.8 percent increase from the 2012 number. The numbers vary dramatically throughout the state, though, with several Democratic counties seeing a significant decline in turnout. Statewide, four percent fewer Democrats have requested ballots than did in 2012.

On the other hand, many of the deep red counties are seeing an increase in turnout. Highland, a county where 64 percent of residents voted for Mitt Romney in 2012, has received about 1,200 more absentee ballot requests than they did four years ago, an increase of 50 percent. Marion County, where the population is a bit more mixed but where Mitt Romney won in 2012 with 52 percent of the vote, has seen a 71 percent increase in early ballot requests. One Democratic county where the turnout looks good, though, is Stark County, which has seen a 50 percent increase in early ballot requests. But of the state’s 18 Democratic counties, only seven of them have seen an increased turnout so far this year, while 10 have seen fewer ballot requests and one has seen almost no change.

The natural question after reading this data is, are all of the Republicans who are turning out necessarily voting for Donald Trump? Or will a significant number of them cross parties to vote for Hillary Clinton or Gary Johnson? A recent poll from Remington did find that 17 percent of Republicans said they plan on voting for Hillary Clinton. But in that same poll, 15 percent of Democrats also said they plan on voting for Donald Trump.

As of October 28th, Real Clear Politics’ polling average has Donald Trump slightly ahead of Hillary Clinton, ahead of her in Ohio by one percentage point. Many electoral forecasts are now beginning to predict a Trump victory in Ohio, with FiveThirtyEight giving the Republican nominee a 50.8 percent chance of winning the state. Taking Ohio is essentially required for Donald Trump, as no Republican has ever won the White House without it. In addition to this state, to hit 270 electoral votes, Trump also needs Florida, North Carolina, Arizona, and Nevada, all of which are currently neck and neck.

Read More
2016 Presidential Election, Donald Trump, Early Voting Results 2016, Hillary Clinton, Politics
Discuss on Facebook
Early voting is underway in Ohio, and some of the early data shows that Republicans are showing up to the polls much more than Democrats.