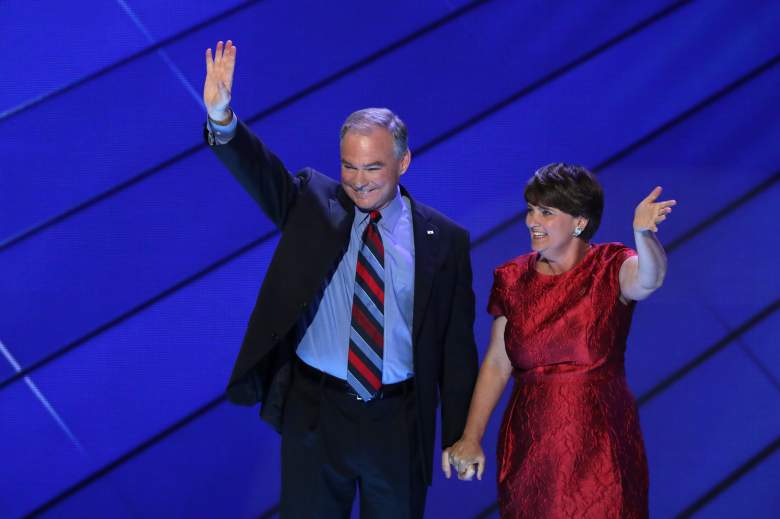 Senator Tim Kaine of Virginia and Gov. Mike Pence of Indiana will face off during Tuesday night’s vice-presidential debate at Longwood University in Farmville, Va.

The debate comes at a critical point in the presidential election, as Donald Trump tries to recover from a tough week and Hillary Clinton looks to capitalize on her momentum following the first debate.

As Kaine prepares to walk onto the biggest political stage of his life, here’s more on his background, and parents.

1. His Father Owned a Welding Shop 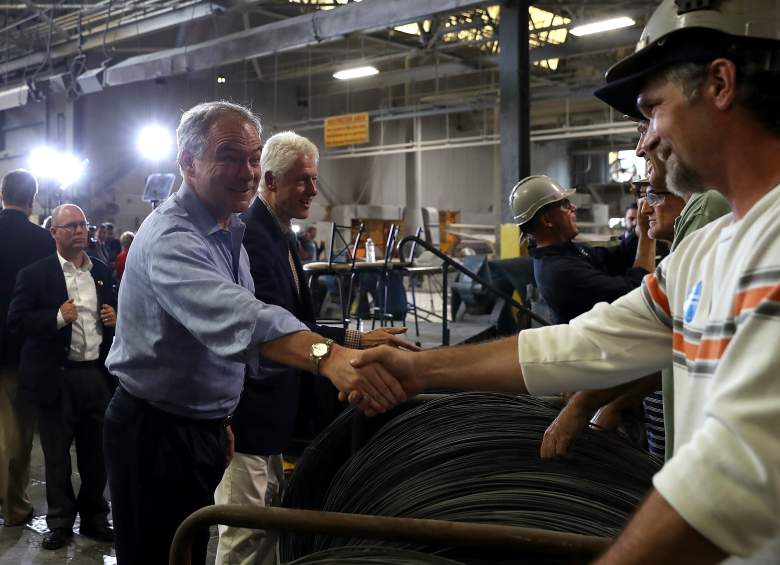 Kaine grew up in Kansas City, working in his father’s ironworking shop. He was up early every Saturday morning to help.

In a recent interview with C-SPAN, Kaine discussed his background, and the life lessons he gained while working alongside his father, Al:

My dad was a great business guy, and he always taught us that his business acumen would put his workers’ kids through school, and their great artistry…would put my brothers and me through school. So it was a really wonderful place to learn about hard work and not cutting corners, and excellence. And also you’ve got to be a team if you’re going to be successful. My dad taught me a lot of really good values through that business.

Kaine brought his welding skills to Honduras when he took a year off law school to work with Jesuit missionaries. He served as principal of a technical school that taught teenagers carpentry and welding.

2. His Parents Raised 3 Sons Together

Kaine’s mother, Mary Kathleen Burns met his father when they were both students at Kansas State. Mary is a former home economics teacher.

They raised three sons together, and currently live near Kaine’s younger brothers, Stephen and Patrick, who are in Kansas City. Stephen is a pediatric cardiologist at Children’s Mercy Hospital. Patrick and his wife own a law firm that focuses on the sale of commercial aircraft.

The oldest of three boys, 58-year-old Kaine was born in St. Paul, Minn., but grew up in Kansas City. He was raised with a Catholic upbringing. Kaine has been vocal about his religious views.

“My faith is central to everything I do,” he said in an interview with The Washington Post. “My faith position is a Good Samaritan position of trying to watch out for the other person.”

For Kaine, religion has been an influence in his family life and his political career. A former missionary in rural Honduras, Kaine told the Washington Post, he often reflects on how Catholicism informs his views on issues including race, poverty and cultural diversity.

During a C-SPAN interview, Kaine said one of the spiritual phrases he lives by is by George Fox, who founded Quakerism: “Walk cheerfully over the earth, answering that of God in everyone.”

3. His Parents Moved Him to a Private All-Boys School

Kaine’s parents were dedicated to attending mass every Sunday, and were just as committed when it came to their children’s education. When Kaine started goofing off in public school, his parents moved him to Rockhurst High. According to the Virginia-Pilot, the school is a rigorous college-prep school run by Jesuit priests.

Kaine wasn’t a big fan of the idea.

“I remember arguing with my parents and saying they really couldn’t afford this, that it would be better to save their money for the family,” he told the Virginia newspaper. “I was making a very altruistic argument to try to appeal to their pocketbook.”

Although he wasn’t able to persuade his parents, Kaine found success at Rockhurst. He became a yell leader, debate team member and student president, according to the Virginian-Pilot.

4. Kaine’s Father Had Concerns About His Son’s Political Career 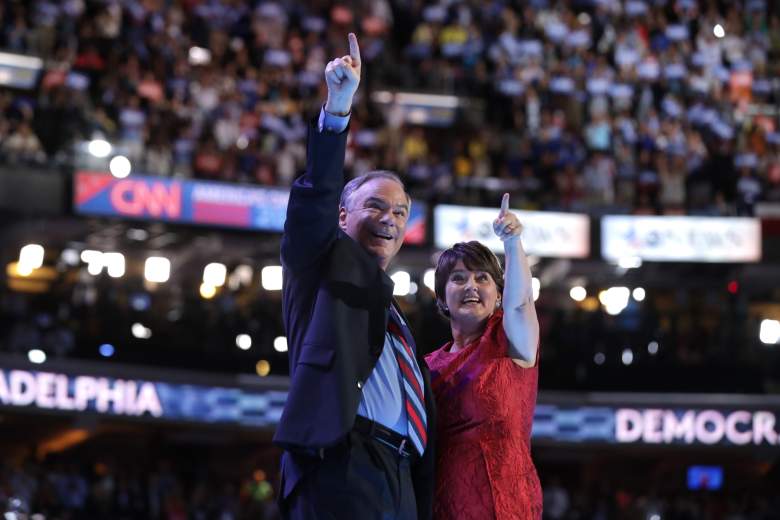 5. His Father-In-Law Is a Former Virginia Governor

Kaine’s wife, Anne Holton is no stranger to politics. Her father, Abner Linwood Jr. served as Virginia governor between 1970 and 1974.

In 1970, when desegregation was a controversial issue in Virginia, Holton voluntarily placed his children in the mostly-black Richmond public schools, garnering much attention.

The governor’s highly publicized stance against racial segregation won him support in the black community, but wasn’t as well-received in the Virginia Republican party, who denied him the nomination for a Senate seat in 1978.

Following his term as governor, Holton served one year in the Nixon Administration as the Assistant Secretary of State for Congressional Relations.

Although Linwood is a Republican, Kaine has said his father-in-law has a strong influence in his life, and has praised him for his contributions while serving as governor.

“When he integrated the schools he did it as an an act of courage, as an act of principle, and he was basically frozen out of electoral politics there after in Virginia,” Kaine told C-SPAN earlier this month. 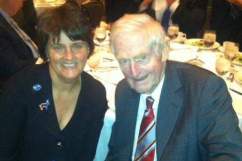 Loading more stories
wpDiscuz
5
0
Would love your thoughts, please comment.x
()
x
| Reply
As Tim Kaine prepares to walk onto the biggest political stage of his life, here's more on his background, and parents.