Trump on stage at Retired American Warriors PAC meeting, with teleprompters, says if elected, he'll order a review of US cyber security. pic.twitter.com/iVZmNwXxLg

“When people come back from war and combat and they see maybe what the people in this room have seen many times over, and you’re strong and you can handle it, but a lot of people can’t handle it,” Trump said at the event held by Retired American Warriors, a military Political Action Committee.

The remark also appeared to contrast the veterans listening to Trump whom he called “strong,” and those who suffer from mental health issues as a result of their combat experiences.

Watch Trump make the controversial remarks in the video below.

The remarks stood in contrast to Trump’s own experience during the Vietnam War era, when he received five separate deferments from the military draft, according to a New York Times Report.

The first four deferments Trump received came due to the fact that he was in college. But after he graduated in 1968, at a time when the United States was sharply escalating troop deployments to Vietnam, taking in about 300,000 new recruits and draftees that year, Trump received another, final exemption.

The cause: bone spurs in his feet.

In an interview last year, Trump claimed that he was never drafted due to the incredible luck of a “very high draft number.” But in fact, his draft number would have been irrelevant because he had already received the medical deferment for his sore feet, a deferment that permanently exempted Trump from military service.

Trump made the “high draft number” claim in July of last year, just days after he ignited one of the early controversies of his controversy-plagues campaign, when he declared that Republican Senator John McCain — who was the 2008 Republican nominee for president — was not a “hero” despite spending more than five years as prisoner of war in what was then North Vietnam, suffering extensive torture.

“He’s not a war hero,” Trump said last year, speaking about McCain. “He’s a war hero because he was captured. I like people that weren’t captured.” 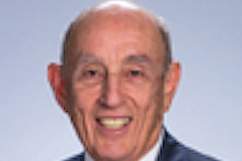