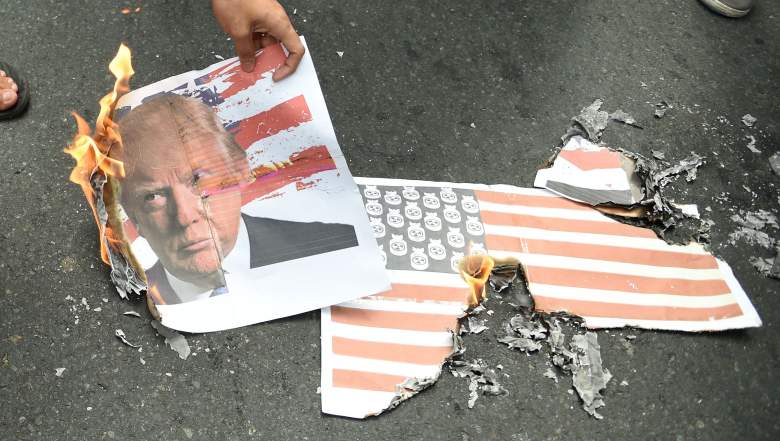 Depictions of an American flag and Donald Trump on fire at a protest outside the American embassy in the Philippines. (Getty)

The Conservative Daily Post posted an article November 11 claiming that Donald Trump planned to make his first “order” a declaration that flag desecration was treason. The article relied largely on the potential to appoint as many as three new Supreme Court justices, as well as a 2015 “quote” from Trump in a Daily Caller interview:

There is currently no indication that Trump plans to pursue this course of action. Even if it were his intent, the plan would require far more than the President can do unilaterally.

Trump’s Published 100-Day Plan Does Not Include This

Trump published his plan for his first 100 days in office. Known as the Contract with American Voters, it largely concerns the issues related to his campaign rhetoric, introducing new public safety legislation, renegotiating foreign policy agreements and limiting the size and scope of the federal government. Far from his “first order,” flag-desecration-related matters are not included in his 100-day plan.

The quote in question mentioned that flag burning should be illegal but does not refer to it as treason. All references to “treason” in the article are inserted by the author.

In 1990, the Supreme Court ruled in Texas v. Johnson that a state law against flag desecration violated the First Amendment. Reversing this decision would require either a new constitutional amendment or another Supreme Court decision on a new law. While Conservative Daily Post did note that a Trump administration could appoint up to three Supreme Court justices, he would be required to submit his legislation to Congress.

Trump has previously taken issue with Supreme Court cases related to the First Amendment. In February, he promised to “open up libel laws” to make it easier to sue journalists, a promise he expanded on in October by favoring a British-style libel standard. The major difference between the British and American standards, that the burden is on the plaintiff to prove a statement was false rather than on the defendant to prove it was true, was decided by New York Times v. Sullivan. Antonin Scalia, the Justice Trump has praised and would be in charge of replacing, notably criticized the ruling. 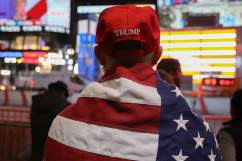 Loading more stories
wpDiscuz
0
0
Would love your thoughts, please comment.x
()
x
| Reply
He didn't say that and couldn't really do it anyway.