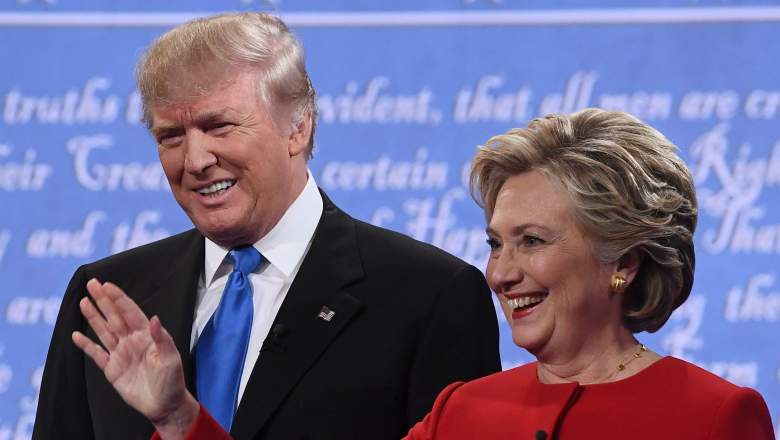 If you looked at electoral college maps from major news organizations several days after the election, one thing jumped out: Michigan, Arizona, and New Hampshire were still up for grabs.

Many news organizations follow the AP, although CNN has now called New Hampshire for Clinton on its own. The reason the states are still up in the air: Very slim margins that still need to go through canvassing processes. Provisional and last-minute absentee ballots can come into play when margins are close.

“The races in New Hampshire and Michigan remain too close to call, with recounts possible in both states,” Lauren Easton, media relations manager had explained Heavy. “So long as recounts are possible, AP will not call either race.” As of November 15, that leaves Michigan as the lone state not called for either candidate.

However, the spokesman for the Michigan Secretary of State’s office told Heavy, “We have no reason to believe that there are significant numbers of votes that are unaccounted for. All cities and townships in the state (1,500 of them) have reported unofficial vote totals.” He said that no recount has been requested because recounts wait for certified results, not unofficial tallies.

The AP did call the election overall for Donald Trump, despite remaining unsure about Michigan and New Hampshire. Here’s why:

Let’s do the electoral math. Trump has a slim lead in Michigan and a stronger one in Arizona. Clinton has a slim lead in New Hampshire (maybe those midnight votes at Dixville Notch really did matter!) When margins get razor close, such things as outstanding provisional, write-in votes, and uncounted absentee ballots can matter more.

Clinton backers won’t find much consolation in these findings, though, because Trump would still have enough electoral votes to win even if Clinton won Michigan, Arizona and New Hampshire, which is why she conceded and everyone is moving ahead with the phrase “President-Elect Trump” despite those states being shaded gray in many people’s electoral maps for days after the election. Clinton did win the popular vote, and the margin of victory for Trump in three rust-belt states that were crucial to his win was a total of only about 112,000 votes.

Furthermore, Trump has now been declared the Arizona winner. One political scientist, though, is arguing that maybe Trump didn’t win Wisconsin (the state Elections Board county-by-county totals and all the media say he won by a slim margin of about 27,000 votes in a state that went for Barack Obama last time. A recall is triggered at 0.5%, which is less than that. The state has one of the most restrictive and controversial Voter ID laws in the country, and that law was in place for the first time this election.) The AP analyst named Michael McDonald, who teaches political science at the University of Florida, told Newsweek that a recount and provisional ballots in Wisconsin could change things. That seems like the most unlikely of scenarios, though, with Arizona called for Trump and due to his margin.

The AP explains how it calls races, saying, “The responsibility for calling races rests with experienced journalists in each state. They are armed with on-the-ground knowledge of their territory that no other national news organization can match.” In addition, says the AP, “On election night, race callers in each state are assisted by experts in AP’s Washington bureau who examine exit poll numbers and votes as they are counted.”

Here’s a closer look at the three states:

Trump has a slim lead in Michigan. As of November 11, the Secretary of State in Michigan was reporting the following totals:

That’s a margin of victory of just 13,107 votes. A margin of under 2,000 votes triggers an automatic recount in Michigan, but candidates can seek a recount even if the margin is larger. You can learn more about the Michigan recount rules here.

Fred Woodhams, spokesman for the Michigan Secretary of State’s office told Heavy: “It’s not for the Michigan Secretary of State’s Office to get involved in when national media outlets “call” a state. At this time, county boards of canvassers are verifying election results and will certify them. At the end of the month, the Michigan Board of State Canvassers will certify the results after the county boards complete their work. At that point, election results will be final.”

Asked whether he expected the results to change substantially, he responded, “No, but in every election small vote shifts occur during the canvassing process.”

“The canvassing process takes weeks to complete to ensure that voters can have full confidence in the accuracy and integrity of Michigan elections,” Woodhams said. “The canvassing boards are made up of equal numbers of Republicans and Democrats.”

The Detroit Free Press reported in a blaring headline that Trump had won Michigan, giving the margin as 13,225 votes. However, the newspaper had earlier mistakenly called the race for Clinton based on an analysis of early returns from key precincts.

The count is unofficial, meaning it will go through a canvassing process.

The Secretary of State’s office was reporting the election returns county-by-county. New Hampshire newspapers have declared the race for Clinton.

The New Hampshire Union Leader reported the day after the election that Clinton’s lead in New Hampshire was 2,687 votes, and that the Trump campaign was reviewing it as a result. One catch: The total did not include write-in votes. Here is information on the New Hampshire recount law:

The Arizona Secretary of State on November 11 was reporting that 99.86% of precincts were in and Trump won Arizona by these totals:

That means Trump leads Arizona by 84,904 votes, the largest margin of the three states. According to Arizona Central, as of Wednesday evening, the day after the election, “there were nearly 628,000 votes still to be processed statewide, with 470,000 of those in Maricopa County.”

The newspaper said the state has a large number of early voters, and ballots dropped in the mail on election day are counted after the election; the same is true of provisional ballots. However, Trump’s margin of victory in Arizona was larger than his margins in New Hampshire and Michigan. The fact that Clinton came so close in a traditionally red state shows the shifting nature of American demographics and the electoral map, though.