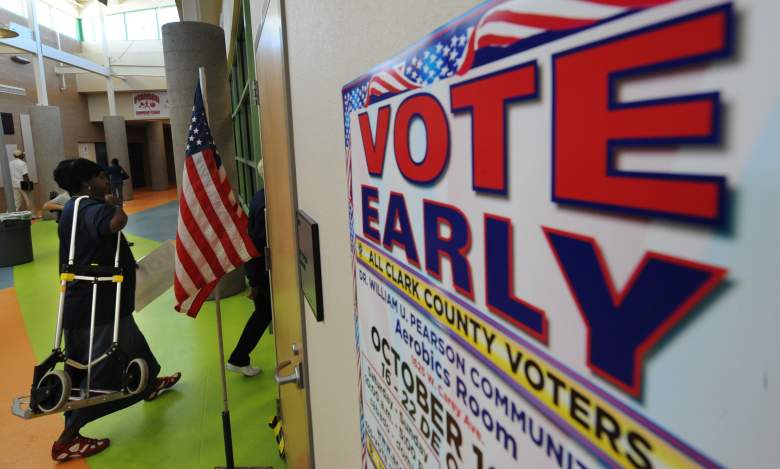 Early voting has come to an end in Nevada, and the final results are now in.

In Nevada, early voting began on October 22nd and it concluded on November 4th. According to data released by the Nevada Secretary of State, a total of roughly 770,000 Nevada citizens voted early this year. This is an increase of 65,000 votes compared to 2012, when 705,000 ballots were cast prior to Election Day. However, that increase isn’t all that surprising when we consider the fact that 200,000 people have registered to vote in Nevada between 2012 and 2016, according to KTNV.

A key part of the state to look at is Clark County, where over 60 percent of Nevada’s entire population of active voters lives. In that county, Democrats hold an enormous lead this year, ahead of Republicans by 52,000 votes.

The early voting numbers out of Nevada are particularly significant because Nevada is a state where the majority of voters cast their ballot before Election Day. This year, about 53 percent of the state’s population of active voters voted early. Trump is down 46,000 votes statewide heading into November 8th, with just 47 percent of Nevada left to participate in the election.

It’s not technically impossible for Trump to overcome this deficit on Election Day, but it will certainly be extremely difficult. It could be that a decent chunk of these registered Democrats are voting for Trump; while we know what party early voters are registered with, we don’t actually know for whom they are voting. It could also be that there will be a huge surge in Republican turnout on Election Day, which will be enough for Trump to catch up to Clinton. Without question, though, Trump is now at an enormous advantage in Nevada, and it will be a surprise if he is able to win it on November 8th.

Hillary Clinton winning in Nevada will make Donald Trump’s path to 270 Electoral Votes much more narrow, although it would not completely take him out of the race. If Trump wins Florida, North Carolina, Ohio, Iowa and New Hampshire, he will be at 272 Electoral College votes, meaning he could still lose Nevada and win the election. But this leaves him absolutely no room for error, so if Trump loses Nevada plus any of the aforementioned swing states, it’s all over for him.

November 6th is the final day of early voting in Florida, so check back in tomorrow for the final results out of that key battleground state.

Read More
2016 Presidential Election, Donald Trump, Politics
Discuss on Facebook
Early voting has come to an end in the battleground state of Nevada. What do they tell us? Will Donald Trump or Hillary Clinton win the state?