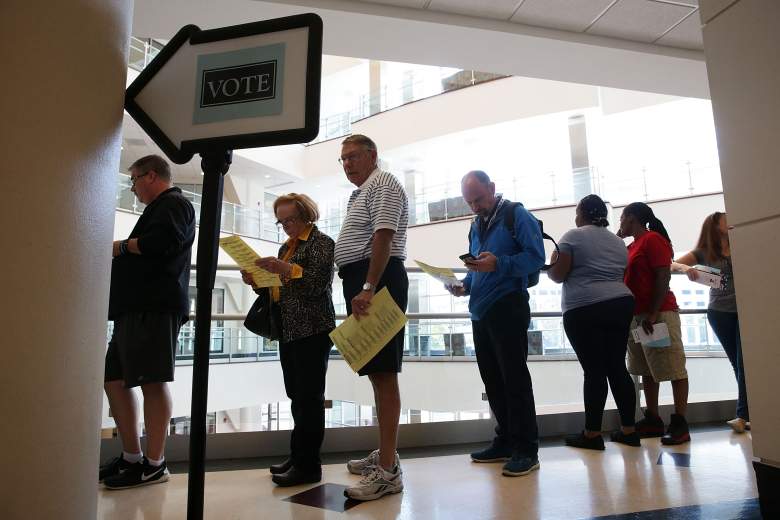 According to information released by the North Carolina Secretary of State, approximately 2,340,000 people have already voted in North Carolina. This means that 34 percent of the state’s population of registered voters have participated in the election.

North Carolina does not reveal which candidate voters picked, but it does release information about how many Democrats and Republicans have turned out. Of the votes cast so far, 43 percent have been cast by Democrats. That translates to about 998,000 votes. On the other hand, 32 percent of the votes cast came from Republicans. This translates to 743,000 votes. This is to be expected considering that the state has about 700,000 more registered Democrats than Republicans.

But although at the moment Republican turnout is about the same as it was in 2012, Democratic turnout is down. By the end of early voting in North Carolina four years ago, 48 percent of those who voted were Democrats, and 32 percent of them were Republicans, according to Politico. As of November 3rd, Democratic turnout is down from 48 percent in 2012 to 43 percent in 2016. It could go up a bit before the early voting period ends, but there are now only three days left, with the last day to vote early in North Carolina being this Saturday.

It’s important to note that in 2012, even though Barack Obama was ahead in early voting by 16 percentage points, he still ended up losing the state to Mitt Romney. Based on these numbers, if Republicans turn out in droves on Election Day like they did in 2012, Donald Trump could very realistically win the state.

Turnout among black voters is down this year compared to 2012, although it hasn’t declined quite as much as some Democrats had feared. About 34 percent of registered black voters have cast their ballot early thus far. According to Insight Us, the early black vote is about 85 percent of what it was at this point in 2012. The NAACP has complained this year that many names have been purged from voter registration systems in three counties and that this purge disproportionately affected black voters, according to CBS News.

Good news for Hillary Clinton is the fact that more women are voting this year than did in 2012, although it’s not a massive increase. About 39 percent of early votes have been cast by women, which is an increase of 2.5 percent compared to 2012. This rise in female participation is also happening in Florida.

And although the state does not reveal who early voters cast their ballot for, polls that specifically target early voters show Clinton in the lead. A survey from The New York Times found that of 600 respondents who voted early, 51 percent said they voted for Hillary Clinton.

One of the biggest question marks about early voting in North Carolina comes down to those individuals who are not affiliated with any party. In North Carolina, unaffiliated voters currently make up 25 percent of early participants this year. This is an increase in turnout of nearly 40 percent since 2012, although this largely because the number of unaffiliated voters has risen 20 percent since four years ago.

So which candidate will these voters go for? The New York Times’ survey of early participants found Clinton leading Trump by 10 points among unaffiliated voters. But it remains to be seen how this group will cast their ballots on Election Day, because in a recent Remington Research poll, 49 percent of those not registered with a party said they plan to vote for Donald Trump.