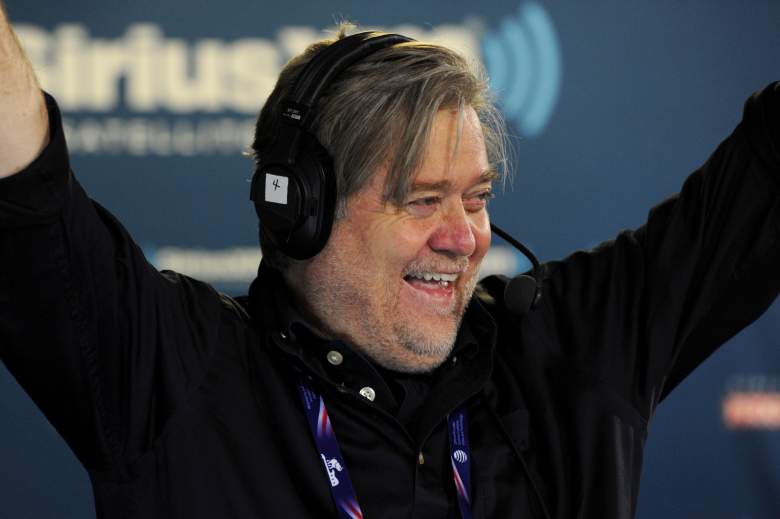 Since becoming president-elect, Donald Trump has struck a softer tone, repeatedly pledging to work on behalf of all Americans.

However, his naming of Internet and “alt-right” provocateur Steve Bannon as chief White House strategist, is causing a wave of controversy. Bannon’s previous leadership at Breitbart, a conservative website known for anti-Muslim and anti-immigrant views, and his identification as an “alt-right” nationalist flame thrower, has some wondering whether he’s the person who should have the president-elect’s ear.

The appointment has churned back up a series of racial controversies involving Bannon and the nationalistic “alt-right” movement. The New York Times penned an article that said critics see Bannon as a “voice of racism.” He once said he wanted to destroy “the state,” and described a global anti-establishment movement, said The Times. Breitbart itself wrote of the alt-right, “There are many things that separate the alternative right from old-school racist skinheads (to whom they are often idiotically compared), but one thing stands out above all else: intelligence.”

The site also noted in a March article, “The alt-right’s intellectuals would also argue that culture is inseparable from race. The alt-right believe that some degree of separation between peoples is necessary for a culture to be preserved.” (Bannon was chairman of Breitbart until August, when he became Trump’s campaign CEO.)

1. Breitbart Ran a Headline Referring to a Commentator as a ‘Renegade Jew’ 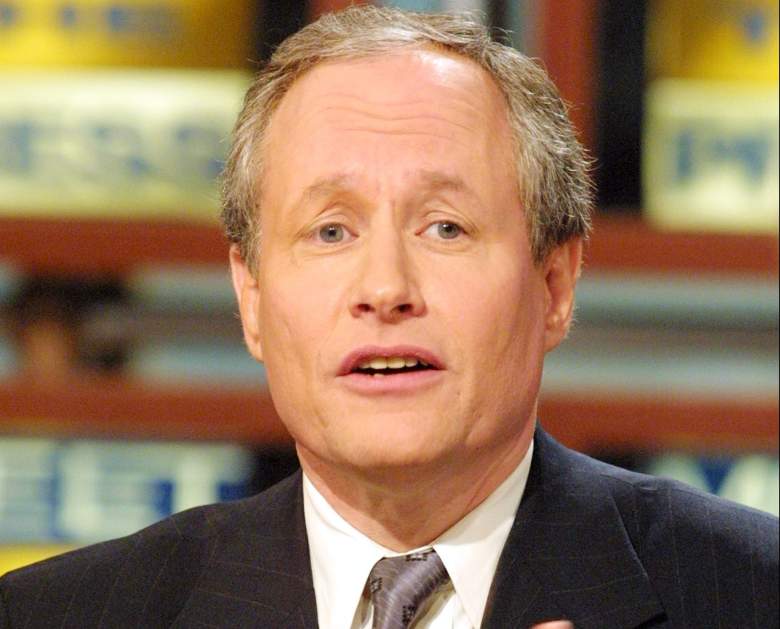 According to CNN, the article ran in May 2016 and contained a headline that referred to conservative pundit Bill Kristol as a “renegade Jew.”

On November 14, David Horowitz, who wrote that article, attempted to defend it on the Breitbart site, saying, “In fact, neither Breitbart nor Bannon is responsible for that statement. A Jew is. I wrote the article, which was neither requested nor commissioned by Breitbart.”

Horowitz said he wrote the article after Kristol became a Never Trumper, saying, “Bill Kristol and his friends betrayed the Republican Party, betrayed the American people, and betrayed the Jews when he set out to undermine Trump and elect the criminal Hillary Clinton. Obama and Hillary are supporters of the Muslim Brotherhood…”

The Breitbart website is known for inflammatory content and headlines such as “Trannies 49 Xs Higher HIV Rate,” and “Birth Control Makes Women Unattractive and Crazy,” said Cosmopolitan. The Independent said Breitbart has “described the confederate flag as a symbol of a ‘glorious heritage.'”

2. Bannon’s Ex-Wife Accused Him of Anti-Semitism in a Contentious Divorce 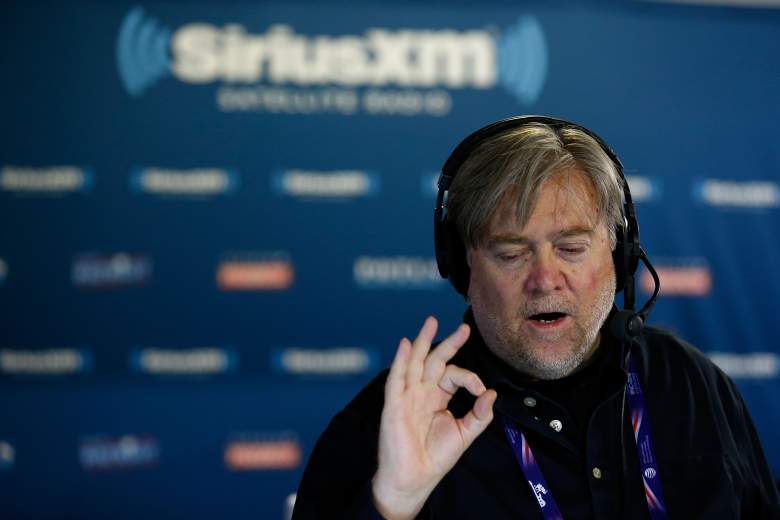 Bannon has denied the accusation lodged in 2007 by his ex-wife, who maintained in a court filing “that he did not want their daughter to attend a Los Angeles school because of the numbers of Jews who went to school there,” said CNN.

Bannon has said there are some anti-Semitic people in the alt-right.

Domestic violence allegations flew in the bitter divorce, and Bannon was charged in 1996 “with misdemeanor domestic violence, battery and dissuading a witness,” but the charges were dismissed, said Politico.

The police report obtained by Politico quotes Piccard as telling the officer: “she spit at him (Bannon), and reached up to her from the driver’s seat of his car and grabbed her left wrist. He pulled her down as if he was trying to pull into the car, over the door.” The police report continues that Piccard alleged “Mr. Bannon grabbed at neck, also pulling her into the car. She said, that she started to fight back, striking at his face, so he would let go of her. After a short period of time she was able to get away from him.”

The report continued: “She complained of soreness to her neck. I saw red marks on her left wrist and the right side of her neck. These were photographed.” Charges filed against Bannon in conjunction with the disputes with his ex-wife were eventually dismissed. 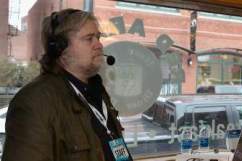 3. The Southern Poverty Law Center Has Described Breitbart as Being on the ‘Extremist Fringe’

The center, which tracks hate groups in the country, labeled Breitbart part of the “extremist fringe of the conservative right. Racist ideas. Anti-Muslim and anti-immigrant ideas –– all key tenets making up an emerging racist ideology known as the ‘alt-right.'”

The SPLC defined the alt-right as “a loose set of far-right ideologies at the core of which is a belief that ‘white identity’ is under attack through policies prioritizing multiculturalism, political correctness and social justice and must be preserved, usually through white-identified online communities and physical ethno-states.”

4. He’s Called Himself a ‘Nationalist’ & Also Made Controversial Comments About Women 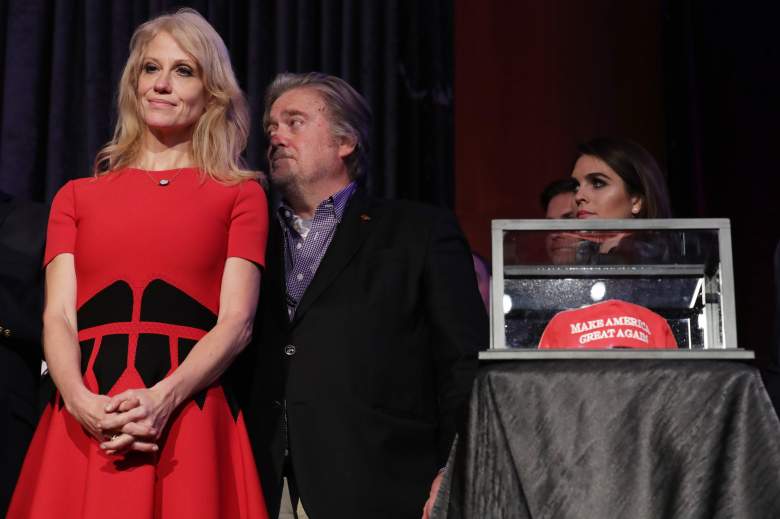 Mother Jones quoted Bannon as denying the alt-right is “inherently racist. He describes its ideology as ‘nationalist,’ though not necessarily white nationalist.” Mother Jones said he compared the Alt-Right to European nationalist parties and said, “If you look at the identity movements over there in Europe, I think a lot of [them] are really ‘Polish identity’ or ‘German identity,’ not racial identity. It’s more identity toward a nation-state.”

On a 2011 radio show, Bannon said that liberals target conservative women because they aren’t “a bunch of dykes.” You can listen to that audio here:

In the interview, Bannon mentioned conservatives like Ann Coulter and Sarah Palin and said they counter progressive narratives.

5. Bannon Has Been Praised by White Nationalist Groups & The KKK

The Hill reported that “the Ku Klux Klan, neo-Nazis and other white nationalist groups” praised Trump’s selection of Bannon. Former KKK leader David Duke said the choice was “excellent,” according to The Hill.

Senator Minority Leader Harry Reid said in a statement that “President-elect Trump’s choice of Steve Bannon as his top aide signals that white supremacists will be represented at the highest levels in Trump’s White House.”

An article criticizing Pope Francis on Breitbart mentioned the book “Camp of the Saints,” which the SPLC says “depicts an invasion of France and the white Western world by a fleet of starving, dark-skinned refugees, characterized as horrific and uncivilized ‘monsters.'”

Loading more stories
wpDiscuz
106
0
Would love your thoughts, please comment.x
()
x
| Reply
Stephen "Steve" Bannon has been accused of racism and white nationalism, in part because of his work for the site Breitbart. Donald Trump has named him a top adviser.