A Pennsylvania girl was brutally beaten and raped by her adoptive mother’s boyfriend before he “squeezed the life out of” the teen in an attic where she was left for dead, prosecutors say.

The dismembered body of Grace Packer, 14, was found by hunters on Halloween in woods several miles from her home in Abington Township, The Morning Call reports. She had been reported missing in July by her mother, Sara Packer, after she had already been killed, authorities say.

Sara Packer was arrested in November on charges of child abuse and hindering the search for her daughter, and was named as a person of interest in the case in December.

Her boyfriend, Jacob Sullivan, confessed to the killing and revealed the gruesome details to detectives after a failed suicide pact with his girlfriend last week, prosecutors said Sunday, January 8.

1. The Couple’s ‘Rape-Murder Fantasy’ Was Planned for a Year & Spawned From Their Hatred for Grace, Prosecutors Say

A missing poster put out by Abington Township Police. (Facebook)

Prosecutors say Sara Packer and Jacob Sullivan planned the sexual assault and killing of Grace Packer for a year, and were motivated by their hatred for her, Philly.com reports.

The girl had been living with family members in North Carolina, but returned to stay with Sara Packer and Sullivan.

“This was a sexual fantasy that was shared between Jacob Sullivan and Sara Packer, and Grace Packer was the object of that rape-murder fantasy,” Bucks County District Attorney Matthew Weintraub told Philly.com.

According to court documents, Sullivan and Packer drove Grace to a house they had rented in Quakertown, Pennsylvania. Sullivan told police he beat and raped the 14-year-old girl while Sara Packer watched.

They then gave Grace pills, bound and gagged her, and left her to die in the cedar closet of an “extremely hot” addict in the home, prosecutors said. They then went back to their other home in Abington Township.

When the couple returned in the morning, Sullivan said Grace was alive and conscious, so he suffocated her. They then left her body hidden in cat litter, prosecutors said.

You can read the criminal complaint below or by clicking here:

“It was a cold blooded crime that was calculated and planned with deadly detail,” Weintraub told the Morning Call. “This is one of the most shocking stunning motives I’ve ever heard of in my career as a prosecutor.” 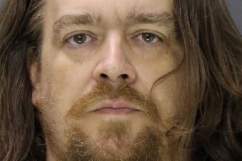 2. Sara Packer Created a Fake Note From Grace Saying She Had Left the Family Because She Was a ‘Burden,’ Authorities Say

Sara Packer, Grace’s mother, was arrested in November after police said she obstructed the investigation, and after evidence was found that she had endangered the welfare of her daughter, authorities say.

Police said Sara Packer gave police a fake note that she said was left behind by Grace when she ran away. The typed-letter was addressed to the family and discussed Grace being sorry for being a “burden” and said she left because of that. Police said the letter had no written signature and determined the “language and content to be inconsistent with being written by a 14 year old girl with the academic and social level of Grace Packer.”

The criminal complaint from the original charges against Sara Packer can be read above or by clicking here.
Grace Packer was found by two hunters on October 31 in a wooded area of Luzerne County, Pennsylvania, The Morning Call reports.

Prosecutors said Grace Packer’s body remained in the Quakertown home until mid-October, when police went there to investigate. They did not find the body, but Sara Packer and Sullivan decided to move the remains as a precaution.

Sullivan told police they cut up Grace in a bathtub, put her remains in plastic containers and disposed of the body parts in Luzerne County.

Hunters found the remains a few weeks later, on October 31.

Prosecutors said it took some time for her remains to be identified because of the girl was dismembered. She was identified using dental records.

Authorities first announced that Grace Packer had been found dead during a December 22 press conference, but they did not specify when the identification had been completed, The Times-Herald reports.

“It was determined after comparing the dental remains with known missing persons reports entered into national missing persons databases that the identity of the remains was that of Grace Packer,” Luzerne County District Attorney Stefanie Salavantis said at the press conference..

The hunters found a head and a torso, and called police, according to police. An autopsy confirmed Grace had been killed in a homicide, but her cause of death is being withheld by investigators.

Police and prosecutors called the press conference on December 22 in hopes that the public can help them solve the murder.

Montgomery County District Attorney Kevin Steele told reporters, “we need to solve what happened to (Grace) because this cannot happen to a young teenage girl,” The Times-Herald reports.

3. The Couple Took Pills in an Attempt to Kill Themselves Through an Overdose, but Were Found Alive

Sara Packer and Jacob Sullivan decided on a suicide pact after prosecutors asked the public for help in solving the case at a news conference in December and named Packer as a person of interest in her daughter’s murder, Philly.com reports.

The attempted to kill themselves by overdosing on prescription pills on December 30, but were found alive by a woman who lived with them, prosecutors said.

Sullivan then confessed to the killing from his hospital bed, according to prosecutors. He told hospital workers “he was responsible for the murder of Grace Packer,” and that Sara Packer was an accomplice, court documents show.

He was taken into custody after being released from the hospital and arraigned early Sunday in Bucks County court. He is expected to be held at Bucks County Prison.

4. Sara Packer, Also the Mother of a Young Son, Continued to Collect Grace’s Social Seucrity Benefits After She Was Killed, Police Say

Sara Packer is also the mother of a 12-year-old adopted son, according to court documents.

Police said she continued to collect her daughter’s Social Security benefits after the girl had been killed, and the decision to report her missing was an effort to keep that money coming.

“After they murdered her, they maintained the pretense of Grace being alive so that they could continue to profit off of her existence,” District Attorney Matthew Weintraub told Philly.com.

She cashed several checks totaling more than $3,000 in the weeks after her daughter disappeared, police said.

5. Sara Packer Is Facing 17 Charges & Was Expected to Appear in Court on Sunday

Sara Packer was charged with 17 crimes, including criminal homicide, rape conspiracy, kidnapping and abuse of a corpse.

She was expected to appear in court in Bucks County on Sunday for her arraignment, The Morning Call reports.

The homicide is being prosecuted by the Bucks County District Attorney’s Office, while investigators from three Pennsylvania counties, Bucks, Montgomery and Luzerne, worked to solve the case, WTXF-TV reports.

The FBI and State Police were also assisting in the investigation.

“I commend (Montgomery County) DA Kevin Steele and his office, as well as Abington Township, for all of the diligent work they did in the initial missing person case, without which we would never have been able to identify Grace Packer,” Luzerne County District Attorney Stefanie J. Salavantis said at a press conference, according to Bucks Local News. “Although Bucks County has taken jurisdiction over this investigation, all three of our counties will continue to provide support and assistance as needed.”

Steele, the Montgomery County prosecutor, said, “There are some very experienced detectives, investigators and prosecutors on this case, and we all won’t rest until we find Grace’s killer.”

Matthew D. Weintraub, who is leading the prosecution, told reporters in December, “You may leave here with more questions than answers, but two things are certain: Grace Packer was murdered, and we will use all of our joint investigative resources to bring Grace’s killer to justice.”

Read More
5 Fast Facts, Breaking News, Crime, Pennsylvania, Police
Pennsylvania mom Sara Packer is accused along with her boyfriend in the rape and murder of her adopted daughter, Grace Packer, 14.