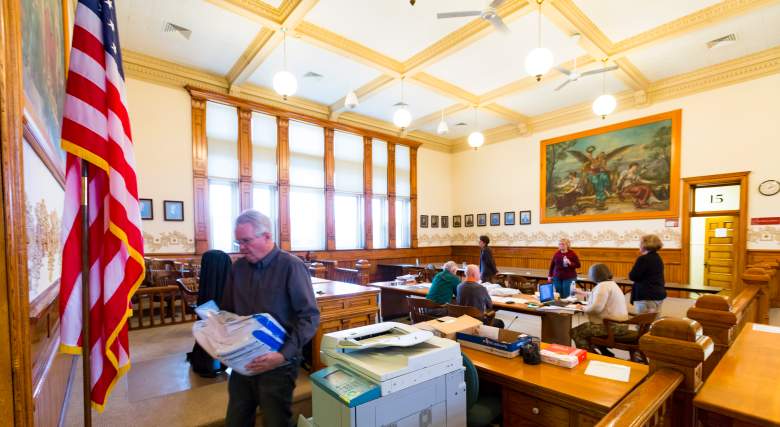 The Wisconsin Election Commission’s day 11 spreadsheet from December 11 shows that almost every ward in the state had now been fully recounted – except for the Democratic stronghold City of Milwaukee and a few others.

However, on December 12, the Election Commission said all counties were done:

The Commission said the final results would be certified and released at 3 p.m. December 12. No spreadsheet has been publicly released yet containing full Milwaukee returns.

Hillary Clinton has only reduced Donald Trump’s lead by several dozen votes in the days of recounting, nowhere near enough to alter the election. Trump won Wisconsin by more than 22,000 votes. Green Party nominee Jill Stein paid at least $3.5 million in donated money for the recount.

The Milwaukee County Clerk told the news media the recount was completed on Thursday, December 8, and only minor changes were found. However, the most recent spreadsheets still do not contain the full returns. That leaves Milwaukee as pretty much the last lingering mystery before Wisconsin can shut the lid on the 2016 presidential recount.

The Milwaukee County Clerk told Heavy on December 12, “Milwaukee County has finished recounting all ballots and is in the process of certifying the results to the Wisconsin Election Commission (WEC). This will be complete by the deadline of 8:00 PM today and results should be posted on the WEC web page thereafter.” On December 9, the spokesman for the Election Commission told Heavy, “Milwaukee may be done recounting, but they haven’t yet submitted their totals to us. When they do, we’ll mark them as complete.”

Here’s a portion of the day 11 spreadsheet to show how city wards appear. They show deficits for each candidate because absentee ballots have not been reported to the state yet:

Some of the City of Milwaukee wards as they appeared on December 11 in the Wisconsin Election Commission spreadsheet for day 11. They are still showing deficits for each candidate because absentee ballots are not yet included in the tallies.

Some on Twitter were taking note of the missing Milwaukee returns.

Why do the #WIRecount results leave out Milwaukee absentee ballots? https://t.co/oV22GaYPRQ

The state set a deadline of December 12 for counties to complete their recounts. The state must certify its returns by December 13. The Electoral College meets on December 19.

The December 11 spreadsheet shows that, in addition to the City of Milwaukee, only these precincts had not yet been reported to the state:

Clark County – ward 8 in the City of Stanley. (But this ward only listed 2 votes during the original count, one for Trump and one for Clinton).

Dane County – 5 wards in the City of Verona. (Trump received 371 and 563 votes in the first precinct and Clinton received 801 and 1,455 votes.) Dane County told local news stations that it had completed its recount, and the Election Commission retweeted one of those accounts. However, these wards are still not listed in the day 11 spreadsheet.

Milwaukee County – wards 3-9 in the City of Glendale. (Trump received 429 votes and Clinton received 852 in these wards in the original count).

City of Milwaukee – still not updated with absentee ballots, according to the Election Commission. The returns appear in the spreadsheet but they still show deficits because they are not complete.

Portage County – Town of Carson. (Trump had 493 and Clinton had 292 votes in the original count.)

Racine County – City of Racine ward 36 (Trump had 164 votes and Clinton had 415 in the original vote count.)

Here is another way to look at it:

The most recent totals released by the Election Commission showed the following net gains and losses:

However, those are not the final returns. As noted, those are expected to be released at 3 p.m. December 12.

Loading more stories
wpDiscuz
67
0
Would love your thoughts, please comment.x
()
x
| Reply
Wisconsin recount results for day 11 show that totals are almost complete, but Milwaukee is still not in.