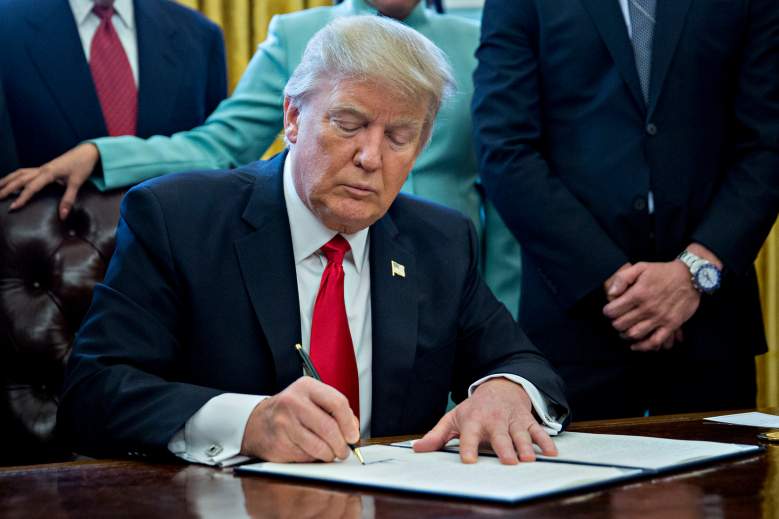 However, it doesn’t seem that most Americans feel safer as a result of the travel ban; only 31 percent of respondents said they feel more safe because of Trump’s executive order, and 26 percent said they actually feel less safe. Also, 41 percent said that America is setting a bad example for the rest of the world with this ban compared to 38 percent who said it’s setting a good example.

As you can imagine, this issue is quite partisan, although Republicans are slightly more conflicted about it than Democrats; 53 percent of Democrats “strongly disagree” with the ban, while 51 percent of Republicans “strongly agree” with it. However, a majority of voters in both parties – 56 percent – disagree with the idea that America should let in Christian refugees but not Muslim ones. (Trump’s executive order does not prevent Muslim refugees from being permitted to the United States, but it does instruct the secretary of Homeland Security to, when the refugee program resumes in 120 days, prioritize refugee claims made on the basis of religious-based persecution if the religion in question is a minority in the country.)

A recent poll from Rasmussen also found a fair amount of support for the idea behind Trump’s executive order, although this came before the president actually signed his travel ban and before the weekend of nationwide protests. In a poll of likely U.S. voters conducted on January 25th and January 26th, 57 percent said they are in favor of a temporary ban on refugees from Syria, Iraq, Iran, Libya, Somalia, Sudan and Yemen. Temporarily blocking visas from those countries was also supported by 56 percent of respondents.

Trump’s base is particularly enthusiastic about the executive order, as among voters who said they “strongly support” Trump, 70 percent of them said they support both a temporary refugee ban and a temporary visa ban.

The president’s approval rating, however, remains lower than any new president in modern American history.

Gallup’s daily tracker now shows that 51 percent of Americans disapprove of the job Trump is doing; this is up from 45 percent this time last week. As observed by pollster Will Jordan, it wasn’t until 936 days into Barack Obama’s presidency that over half of Americans disapproved of the job he was doing, but Trump reached that milestone in just over a week. It also took President George W. Bush over 1,200 days to reach a majority disapproval rating.