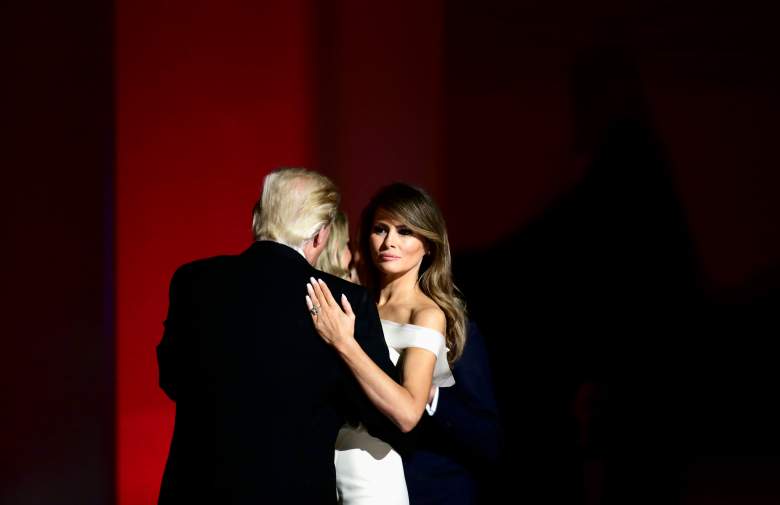 Before Inauguration Day, the mystery designer to the first lady appeared to have kept a low-profile.

Here’s what you need to know about Pierre:

First Lady Melania Trump reportedly helped design the alluring gown with Hervé Pierre, a former creative director to Carolina Herrera, according to a statement released to Women’s Wear Daily. She wore the gown, which featured a sexy yet classy thigh-high slit, with confidence to the Liberty Ball at the Walter E. Washington Convention Center.

“It’s an honor to dress the First Lady,” Pierre said in a statement also cited by the magazine. “I was actually lucky because over my 20 years in the U.S., I dressed all the first ladies. So I feel lucky and honored to dress Melania Trump, but this time under my name,” he stated.

2. He Referred to Working with Melania as an ‘Organic’ Experience

Melania Trump has known her inaugural gown designer Herve Pierre for years; he is also styling her https://t.co/mpx3slmu05 via @thr

According to Women’s Wear Daily, Pierre “called the process of collaborating with Trump ‘organic.'” He referenced Melania’s “very strong personal style,” and added that he didn’t think anything would change about that since becoming the first lady.

The passionate designer called the process of collaborating with Trump “organic,” and noted that the first lady has a very strong personal style. He told the magazine:

So it was fun to respect her very tailored sense of fashion and to translate it in a gown. The lines are sharp, the design has no fuss and reflects Mrs. Trump’s vision of fashion and the way she feels in a gown. 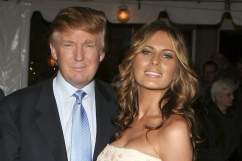 3. He Is a Former Creative Director to Carolina Herrera

According to his LinkedIn profile, Pierre served as Carolina Herrera’s creative director for 14 years.

In 1987, his profile states that he held an “internship at Christian Dior Haute Couture.”

In addition to several other upstanding positions, the designer worked for Oscar de la Renta, and was a costume designer with the New York City Ballet.

4. He Has Worked with Hillary Clinton, Laura Bush & Michelle Obama in the Past

When he talked about dressing “all of the first ladies” over his 20 years in the U.S., he was referring to Hillary Clinton, when he designed for Oscar de la Renta, in addition to Laura Bush and Michelle Obama when he worked at Carolina Herrera.

For more photos of Melania in the signature gown, as well as Inaugural Ball ensembles of previous first ladies, click the link below:

Pierre’s start with the fashion world began with his Christian Dior Couture internship in 1987, according to his LinkedIn profile.

A biography on Mariinsky Theatre’s website describes a plethora of other roles:

Having graduated from the Йcole de la chambre syndicale de la couture, he studied at the faculty of the history of art at the Sorbonne. In 1986 he received a prize from the Fondation Marcel Bleustein-Blanchet pour la vocation. The next year he won a competition organised by the Comité Colbert association to commemorate forty years since the founding of the Maison Christian Dior. In 1988 Hervé Pierre started work in Pierre Balmain’s haute couture atelier, where he created his first independent collection.
Designing the costumes for Angelin Preljocaj’s ballet Parade for the Opéra de Paris and the Sydney Opera House (1992) was the designer’s first work in dance. This was followed by costume designs for Preljocaj’s ballets Le Parc for the Opéra de Paris (1994), La Stravaganza for New York City Ballet (1998) and Patrice Bart’s Verdiana for the Berliner Staatsoper (1999).
In 1995 Hervé Pierre moved to the USA where he has worked with fashion houses including Oscar de la Renta, Vera Wang and Bill Blass. He is currenytly the Creative Director of the Carolina Herrera fashion house.

Loading more stories
wpDiscuz
5
0
Would love your thoughts, please comment.x
()
x
| Reply
Hervé Pierre is the designer behind Melania Trump's jaw-dropping ivory dress worn at the Inaugural Ball. Click here to read more about the designer who has managed to stay out of the limelight.