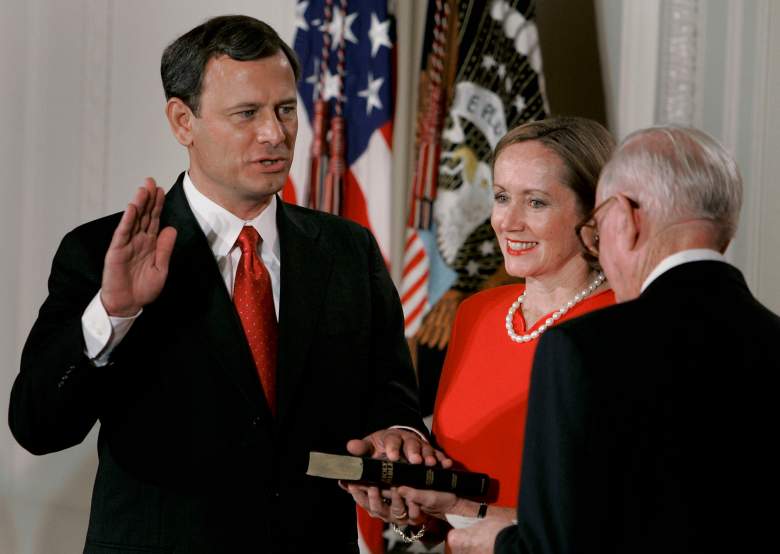 Supreme Court Justice John Roberts is married to Jane Sullivan Roberts, a fellow lawyer that he met at a beach house.

The Chief Justice of the United States is from Buffalo, New York, and he has served on the Supreme Court since 2005. He is a Republican. On October 6, 2018, Roberts and outgoing Justice Anthony Kennedy were to join together to swear newly confirmed Justice Brett Kavanaugh to a seat on the U.S. Supreme Court.

John Roberts has been married for more than 21 years, and he has three children. Here’s everything you need to know about his wife, Jane Sullivan Roberts. 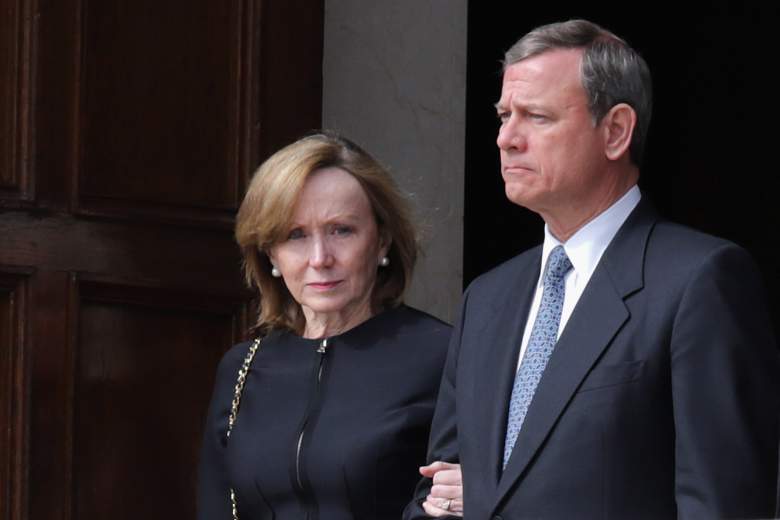 John Roberts and his wife Jane Roberts leave the Basilica of the National Shrine of the Immaculate Conception following the funeral of Associate Justice Antonin Scalia in February 2016. (Getty)

According to the biography John G. Roberts, Jr: Chief Justice by Lisa Tucker McElroy, John Roberts was so busy throughout the 1980s that he did not have much time to date.

That’s understandable, as starting in 1980, Roberts began to clerk for William Rehnquist, associate justice on the Supreme Court. Roberts then became special assistant to U.S. Attorney General William French Smith, and after that, he was associate counsel to the president under White House Counsel Fred Fielding.

Roberts and Sullivan met in the summer of 1986 when Roberts and some of his friends rented a beach house in Dewey Beach, Delaware. Sullivan was invited there by a friend from Hogan & Hartson, Roberts’ law firm.

“John and Jane talked for hours on the beach, mostly about their families, and enjoyed each other’s company,” McElroy writes. “Sullivan was especially attracted to Roberts’ terrific sense of humor.’

However, Sullivan says that John “was not really quite the beach-goer that I was,” and so it wasn’t until years later that they got to know each other and started dating. In 1993, after Sullivan returned to the United States from a job in Australia, they met for dinner and began their relationship. 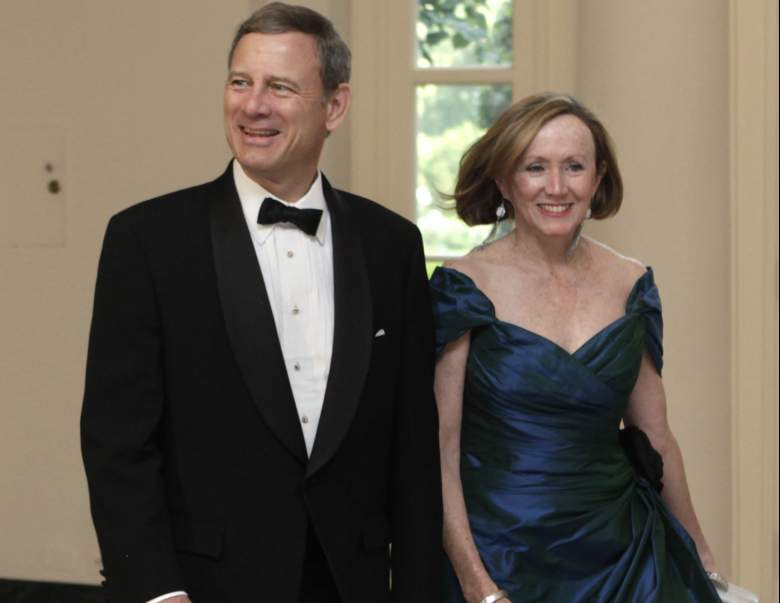 John Roberts with his wife Jane arrive for the State Dinner for German Chancellor Angela Merkel at the White House on June 7, 2011. (Getty)

Jane Sullivan and John Roberts were married in July 1996. The ceremony took place at St. Patrick’s Roman Catholic Church in Washington, D.C., according to The New York Times.

At the time of their marriage, John Roberts was still working as an attorney for Hogan & Hartson, now as a partner. Sullivan was working as an associate at Shaw, Pittman, Potts & Trowbridge. They were both 41 at the time.

Lisa Tucker McElroy writes in John G. Roberts, Jr: Chief Justice, “They both remember the beauty of the ceremony, the magnificent cake, and the enthusiastic conga dancing at the reception.”

3. They Have Two Children 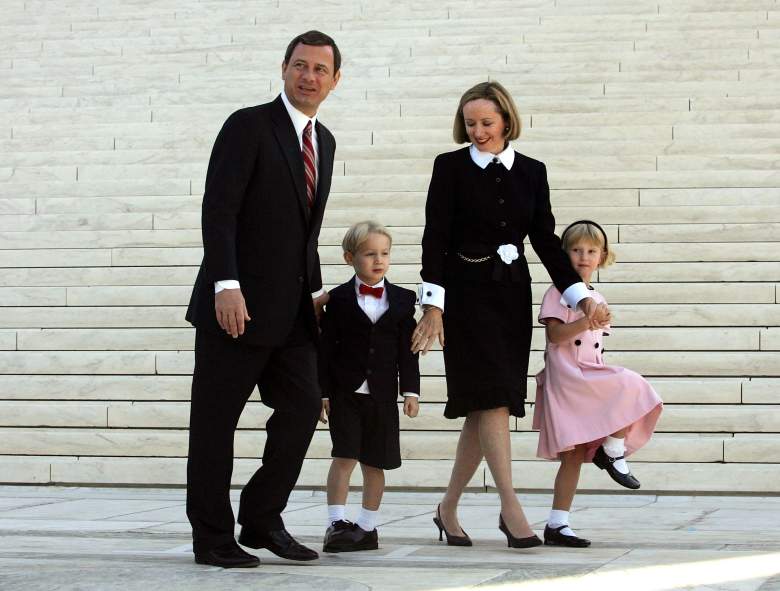 John and Jane Roberts have two children, Jack and Josephine, who they adopted at the same time in 2000. They decided they would adopt a baby as soon as they were married in 1996, but it took a few years for the process to get going. Jack and Josephine were born in Ireland four and a half months apart, according to Time Magazine.

The Roberts’ live in Chevy Chase, Maryland. According to The Huffington Post, they go to church as a family, and Lisa McElroy, author of the John Roberts biography, says that “they’re both such family people. They like to vacation with family, spend weekends with family, and have meals with family.”

During the summers, they like to relax and enjoy their privacy in a house on Hupper Island.

“I think what’s amazing about them is that they’ve managed to do a really high-quality job of parenting with these incredibly demanding careers,” McElroy told The Huffington Post.

4. She Is From an Irish Catholic Family 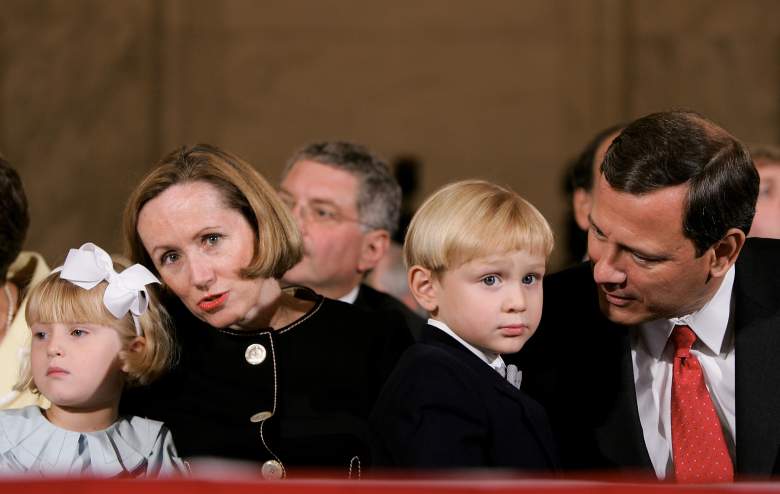 Jack Roberts, Josie Roberts, John Roberts, and Jane Roberts at the start of the first day of confirmation hearings in September 2005. (Getty)

Jane Sullivan grew up with four siblings in an Irish Catholic family in the Bronx, according to The Huffington Post.

Jane’s father worked as a mechanic at a post office, and her mother was an administrative assistant in a hospital. While attending an all-girls Catholic high school, Jane made a living working as a waitress at a restaurant in Ocean City, N.J.

“I was an Irish Catholic waitress in a Greek restaurant in a Jewish neighborhood,” she said during a commencement speech at New England School of Law in 2011.

Becoming a lawyer wasn’t always the plan for Sullivan. She graduated from the College of the Holy Cross with a degree in Math and went on to teach Math while getting her master’s degree from Brown University. Later, though, she decided to pursue law, and she graduated from Georgetown University Law Center in 1984.

“I loved math, but I didn’t have a passion for it,” she told the Worcester Telegram in 2007. “Law is very attractive because it offers you an opportunity to become involved with public policy and service.

5. She Served on the Board of Feminists for Life for Several Years 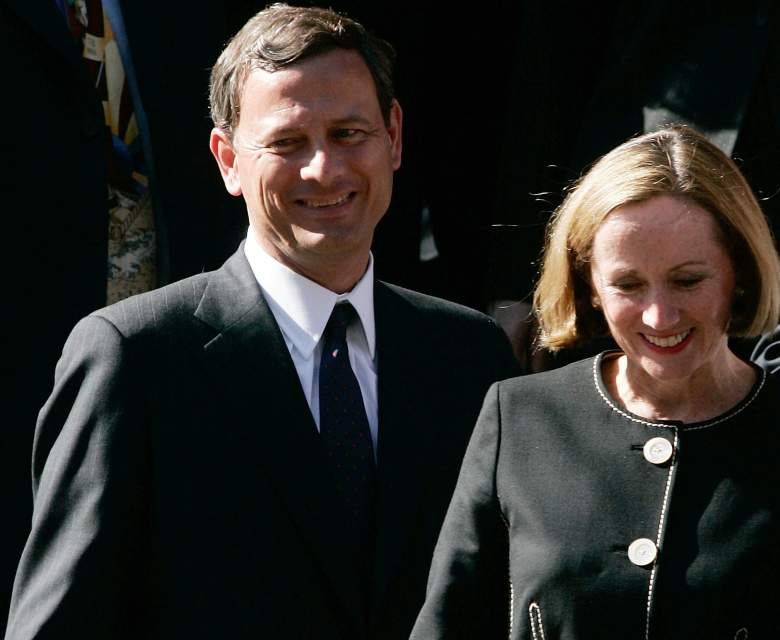 From 1995 to 1999, Jane Sullivan served on the board of Feminists for Life. This is a pro-life non-profit organization which says that its mission is to “systematically eliminating the root causes that drive women to abortion—primarily lack of practical resources and support—through holistic, woman-centered solutions.”

In other words, the advocacy group is focused more on what leads a woman to need to get an abortion rather than on the rights of the unborn child. In its mission statement, the organization says that “abortion is a reflection that our society has failed to meet the needs of women.”

In addition to serving on the group’s board, Jane also served as legal counsel for the group for 12 years.

Jane has been involved in many other nonprofits, including The Washington Home and Community Hospices and the Citizens for Affordable Energy.

According to The Huffington Post, Jane Sullivan exercises “heavy influence” over her husband, and some have speculated that she may have helped sway her husband towards upholding the constitutionality of Obamacare’s individual mandate in National Federation of Independent Business v. Sebelius.