The 9th Circuit Court of Appeals heard oral arguments Tuesday in the appeal of a ruling that put a temporary stop to President Donald Trump’s executive order banning immigration from seven Muslim-majority countries.

The oral arguments were made in a phone conference and the video is audio-only. You can listen above or by clicking here. The hearing began at 3 p.m. Pacific time.

Justice Department lawyer August Flentje argued the U.S. government’s side. Flentje is a career attorney in the Department of Justice currently assigned to the appellate division.

Noah Purcell, the solicitor general for the state of Washington, argued the plaintiff’s case.

The lawsuit was filed by the state of Washington and its attorney general, Bob Ferguson. The state of Minnesota later joined the lawsuit and dozens of businesses and civil rights organizations, including the ACLU, have expressed support in court filings.

Judge James Robart issued a nationwide stay last week, halting Trump’s executive order and returning the country’s immigration policies to what they were before the president signed the order two weeks ago.

The order, issued January 27, barred citizens from seven Muslim-majority countries – Iraq, Iran, Syria, Libya Somalia, Sudan and Yemen – from entering the country, causing chaos at airports and protests nationwide. The order banned all citizens from six of the seven countries from entering the country for 90 days and refugees for 120 days. Syrians were barred indefinitely. Green card holders, who are legal permanent residents of the United States, were initially included in the ban, but were later allowed to enter.

The Justice Department appealed Robart’s ruling to the San Francisco-based appellate court. The 9th Circuit rejected an emergency request by the federal government to put the executive order back in place while the appeals process is concluded.

Trump has attacked Robart, calling him a “so-called judge” on Twitter, and claimed that his ruling has put American citizens in danger.

The opinion of this so-called judge, which essentially takes law-enforcement away from our country, is ridiculous and will be overturned!

Because the ban was lifted by a judge, many very bad and dangerous people may be pouring into our country. A terrible decision

Flentje argued the government’s position that the executive order is a “lawful exercise” of Trump’s authority to protect the public and provide national security. They are asking the 9th Circuit Court to overrule Robart’s ruling. In court filings, the Justice Department said Trump has the authority to “suspend the entry of any class of aliens” for national security, and said the ban was to “permit an orderly review and revision of screening procedures to ensure that adequate standards are in place to protect against terrorist attacks.”

Purcell argued that resuming the ban will again “unleash chaos.” The plaintiffs are arguing the ban is illegal because it discriminates on the basis of nationality.

The 9th Circuit created a website to provide updates and to post documents related to the case.

A ruling is expected this week. 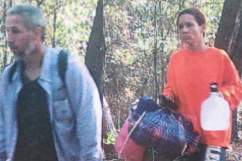 Loading more stories
wpDiscuz
1
0
Would love your thoughts, please comment.x
()
x
| Reply
The 9th Circuit Court of Appeals will be live streaming audio of oral arguments in the lawsuit filed by the state of Washington against President Trump's immigration ban.