April the giraffe is expected to give birth to her fourth calf soon at the Animal Adventure Park in New York. The zoo has posted a live stream on Youtube of April and her mate, Oliver. You can watch the streaming video above.

More than 20 million people have watched the video, but it was briefly taken down after animal rights activists marked it as explicit. Youtube took the video stream down for violating its policy on “nudity and sexual content,” Fox 59 reports.

“What this has done is pulled an educational tool away from tens of millions of individuals,” a zoo official said in a Facebook Live video. “You have harmed the species’ survival more than you could ever recognize.”

The official from the Harpursvile, New York, zoo, said animal rights “extremists” were protesting the video because they believe the giraffe should not be held in captivity.

“We’re all on the same team,” he said in the video. “We want the best for these animals and would love to have them in their natural environment someday; but until we can protect their natural habitat and curb poaching, that is not going to happen.”

According to the zoo, April, 15, and Oliver,5, are expecting their first calf together. April has previously given birth to three calves.

“They have some of the biggest pens in the nation. We take pride in our indoor housing and the level of enrichment and care to keep them happy and healthy,” the zoo said on its Youtube video description. “The calf will weigh around 150lb and will be about 6′ tall at birth. The front hooves will come out first followed by the snout.”

The zoo said April will raise the calf naturally, with weaning around 6 to 10 months.

A contest will be held to name the calf after it is born. 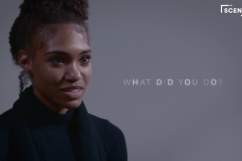 Read more about April the Giraffe in Spanish at AhoraMismo.com: 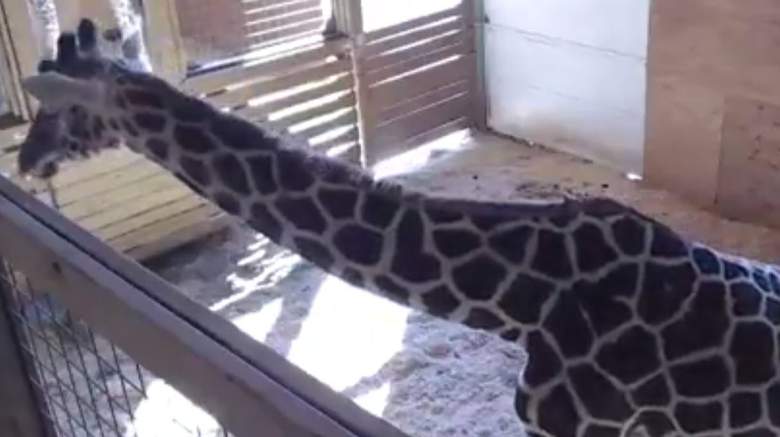 Read More
Animals, Breaking News, Video, Youtube
April the giraffe is expected to giver birth soon at the Animal Adventure Park in New York. You can watch a live stream video from the zoo here.