John Crowley was a father so determined to save his children from a rare disease that he started a company to find a cure himself.

The moving story was told on the big screen in the Hollywood movie, Extraordinary Measures, with Harrison Ford playing Crowley.

Crowley and his daughter, Megan, who has the rare disease called Pompe, were guests of President Donald Trump at his speech to Congress on February 28. The president praised the family and used their story to highlight the importance of research into rare diseases.

According to Fox News, Crowley’s son, Patrick, was also diagnosed with the same disease.

Fox News said the Crowley family journey started in 1996 when John and his wife, Aileen, noticed that Megan wasn’t walking or using motor skills to the degree expected. They soon learned she had pompe disease, considered a “death sentence” at the time, Fox reported.

According to Fox, Pompe disease “is a rare genetic neuromuscular disorder that causes progressive muscle weakness in people of all ages.” 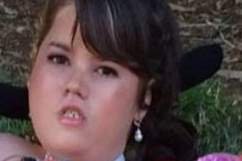 2. Megan Was Given Only Two Years to Live but Is Now a College Student

According to the White House, at 15 months old, Megan was diagnosed with Pompe disease “and not expected to live more than a few short years.”

Megan, age 20, is now a sophomore at the University of Notre Dame, the White House said.

On her blog, Megan writes, “I have a movie made about my family and me entitled Extraordinary Measures (check it out, my dad has a cameo, I don’t. It’s fine. I’m over it.). I also have two books written about me one of them was the inspiration for Extraordinary Measures and the other written by my father (The Cure–Geeta Anand and Chasing Miracles–John F. Crowley). I am the President of the Make-A-Wish club on Notre Dame’s campus. I am a Film, Television, and Theatre major with a concentration in television.”

3. Crowley Started a BioTech Company to Find a Cure

The White House described how John Crowley started a company to find the cure his daughter initially lacked in an effort to save her life and that of his son, Patrick, who was also diagnosed with the disease.

“To look for a cure, her father, John Crowley, founded a biotechnology company that identified the treatment that halts the progression of Pompe and is credited with saving Megan’s life,” the White House wrote. “Today, John is the CEO of Amicus Therapeutics, a New Jersey biotechnology company with more than 250 employees at the forefront of therapies for rare and orphan diseases.”

According to CNBC, Crowley is “a father and a Navy reservist who fought to raise money to become a biotech entrepreneur.” He told CNBC, “we really focused as parents initially on what could we do to help drive science to a cure.”

A speakers’ bio on Crowley describes what it took to create the company: “Traveling the world over, competing against time, Crowley located a scientist developing an enzyme therapy for Pompe. Grasping at this last hope, he quit his job, took out a $100,000 home equity loan and founded Novazyme Pharmaceuticals, a five-person startup biotech company zeroing in on the drug.”

The bio says, “Crowley raised over $27 million in less than a year for Novazyme. The firm quickly grew to a 100-person company and Genzyme acquired it for $225 million, one of the largest amounts ever paid for a preclinical drug development company in biotech history. He watched in awe as his own children began receiving potentially lifesaving therapy.”

The 2010 Hollywood film, Extraordinary Measures, was based on the Crowley story. The blurb for the movie on Amazon reads, “A drama centered on the efforts of John and Aileen Crowley to find a researcher who might have a cure for their two children’s rare genetic disorder. Stars: Harrison Ford, Brendan Fraser, Keri Russell.”

The story was also told in the book, The Cure: How a Father Raised $100 Million–and Bucked the Medical Establishment–in a Quest to Save His Children. The book excerpt says it is “the remarkable true story of one father’s determination to find a cure for his terminally sick children even if it meant he had to build a business from scratch to do so.”

According to the speakers’ bio, “Crowley’s powerful story ’emotionally grabbed’ the iconic Ford, leading him to personally champion the film as executive producer and ensure the movie’s message was properly heard.”

5. Crowley & His Daughter Met With Trump Before the Speech

John Crowley wrote on Facebook about attending the speech to Congress as Trump’s guest.

“MEGAN AT THE WHITE HOUSE TODAY AND AT CONGRESS TONIGHT….” he entitled the post, continuing:

“Megan has been invited as one of a handful of special guests of the President and the First Lady for the Address to a Joint Session of Congress this evening. Megan and our family will meet privately in the Oval Office with the President to discuss the needs of people living with rare diseases, and especially advancing medicines for treatments and cures for ALL rare diseases. Megan today represents the heart, spirit and dreams of 30 million people in the United States alone who live with any one of over 7000 rare diseases. Fitting today on the 10th Anniversary of World Rare Disease Day. Love you Megan. Sooo proud– as always…!”

Read More
Breaking News, Disease, Donald Trump, Medical
John Crowley is the father of Megan Crowley, the young woman with pompe disease highlighted by Donald Trump in his speech to Congress. He was featured in the movie, Extraordinary Measures.