A college student who has a rare disease her father started a company to try to cure is one of Donald Trump’s guests for his speech to Congress.

Megan Crowley has been given a seat of honor at the address in a box with First Lady Melania Trump. Also in the section will be the families of people killed by illegal immigrants and the widow of conservative Supreme Court Justice Antonin Scalia.

Crowley – whose family story was turned into a Hollywood film starring Harrison Ford – was selected by the Trump administration to highlight its efforts to combat rare diseases. Trump mentioned Megan and her father in his speech, pledging to cut governmental regulations to make it easier to cure diseases such as the one she’s survived.

1. Megan Has Had Pompe Disease Since She Was a Toddler

According to Stat News, Megan was diagnosed with Pompe disease at 15-months-old.

The disease affects the production of an enzyme that “breaks down glycogen into fuel for cells.” Those with the disease can have damaged muscles and respiratory and heart problems, reported Stat News.

According to Fox News, “Doctors said she would survive about two years,” but she’s now 20.

2. Megan & Her Family Planned to Meet Privately With Trump

Megan’s father, John Crowley, wrote on Facebook that he and his daughter were planning to meet with Trump to talk about rare disease research.

“MEGAN AT THE WHITE HOUSE TODAY AND AT CONGRESS TONIGHT….” he entitled the post, continuing:

“Megan has been invited as one of a handful of special guests of the President and the First Lady for the Address to a Joint Session of Congress this evening. Megan and our family will meet privately in the Oval Office with the President to discuss the needs of people living with rare diseases, and especially advancing medicines for treatments and cures for ALL rare diseases. Megan today represents the heart, spirit and dreams of 30 million people in the United States alone who live with any one of over 7000 rare diseases. Fitting today on the 10th Anniversary of World Rare Disease Day. Love you Megan. Sooo proud– as always…!”

3. Megan Is a College Student at Notre Dame

According to Raredr.com, “Megan is a 20-year-old sophomore student at University of Notre Dame.”

On a blog, she wrote, “I have a movie made about my family and me entitled Extraordinary Measures (check it out, my dad has a cameo, I don’t. It’s fine. I’m over it.). I also have two books written about me one of them was the inspiration for Extraordinary Measures and the other written by my father (The Cure–Geeta Anand and Chasing Miracles–John F. Crowley). I am the President of the Make-A-Wish club on Notre Dame’s campus. I am a Film, Television, and Theatre major with a concentration in television.”

4. Megan Has Blogged About Her Disease and Life

Megan writes on a blog called High Heeled Wheels. The about me section starts, “On December 16, 1996, my parents received the greatest gift of their lives (or so I tell them), a beautiful baby girl they named Megan Kathryn Crowley. Or to you (the reader), the author of this blog… no, I do not suffer from any lack of self-confidence.”

She continues, “Today I am still smiling, having a good time, laughing, and most importantly living as a college sophomore at the University of Notre Dame! So yes, with love, patience, and faith I have made my way through 20 years on this earth. My journey has been one of hope, strength, and joy. This is my blog about my life, family, nurses, school, Pompe, and really anything. Here is my journey through life despite Pompe, and welcome to it…let’s go for a ride, together!”

5. Megan’s Father Started a Company in Biotechnology to Try to Heal Her & Was Played by Harrison Ford in a Movie Based on the Efforts

According to RareDR.com, “Megan is the daughter of John Crowley, CEO of Amicus Therapeutics. His struggle to find a treatment for Pompe disease was the basis for the Harrison Ford film Extraordinary Measures.”

According to Fox News, John Crowley “has built a 100-person pharmaceutical company, Novazyme Pharmaceuticals, to find a cure for the rare disease.”

February 28 is Rare Disease Day in the United States. Fox News reported of Crowley’s company, “By the year 2000, with the help of a scientist friend, John started a small biotech company in the hopes of finding a cure for Pompe disease.” His children now receive an enzyme replacement therapy, called Lumezyme that has prolonged their lives, according to Fox News. 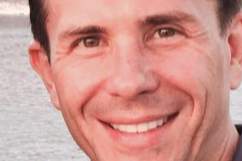 Read More
5 Fast Facts, Breaking News, Donald Trump, Medical
Megan Crowley, a college student with a rare Pompe disease, is one of Donald Trump's guests for his speech to Congress. She will sit with Melania Trump.