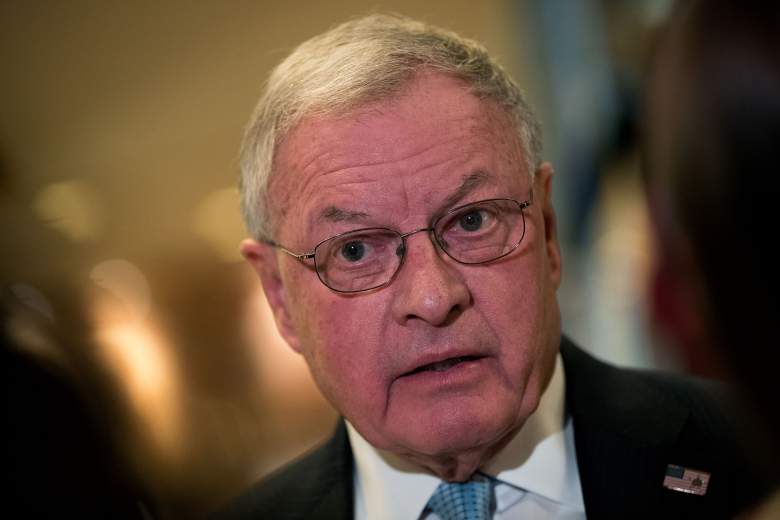 Kellogg, who served as an adviser to Trump during his campaign, was a candidate to remain in the position full time, but Trump eventually picked another military officer, Lieutenant General H.R. McMaster, as his new national security adviser on February 20.

Kellogg will return to his position as Chief of Staff and Executive Secretary of the National Security Council, a position he was appointed to by Trump in December 2016. He was at Trump’s Mar-a-Lago resort on February 20 when the McMaster pick was announced.

“Mr. President, thank you for the opportunity to continue to serve. I’m very honored by it, very privileged by it,” Kellogg said. “And I’m very honored and privileged to serve alongside with H.R. McMaster, I’ve known for years as well. He’s a great statesman, a great Sargent. Thank you, sir.”

Trump told reporters, “”What a team. This is a great team. We’re very, very honored. Our country is lucky to have two people like this and frankly, after having met so many of the people in the military, we’re lucky to have all of them.”

Flynn resigned on February 13 amid reports that he had spoken with Ambassador Sergey Kislyak about Russia sanctions, despite Flynn repeatedly claiming that he never did so.

Here’s what you need to know about Keith Kellogg.

1. He Is a Retired U.S. Army General Officer

Like Michael Flynn, Keith Kellogg served in the U.S. Army prior to being appointed to Donald Trump’s National Security Council.

“We could not have picked a better person to command this great division today than Keith Kellogg,” Lieutenant General Jack Keane said when Kellogg was given this command. “He’s a great soldier, a leader of uncommon good judgment, a proven combat veteran and has earned the reputation of being one of the Army’s premier trainers.”

Kellogg later rose to the rank of lieutenant general. He told The Fay Observer in 1997, “Since I was a little kid all I ever wanted to do was be in the military. When I was a tyke. I don’t know why. I happened to pick up on it and always want to do it.”

2. He Served as Chief Operating Officer for the Coalition Provisional Authority in Iraq

After the invasion of Iraq, Keith Kellogg served as chief operating officer for the Coalition Provisional Authority, the transitional government of Iraq established in March 2003 and dissolved in June 2004.

Kellogg also worked as chief of staff to L. Paul Bremer III, leader of the Coalition Provisional Authority who was appointed by President George W. Bush in May 2003.

In 2003, Kellogg told The Los Angeles Times that his job at the CPA was to ensure discipline and speed throughout the organization.

“I’m the guy who’s supposed to make the trains run on time,” he said.

In addition, Kellogg formerly served as the director of command, control, and communications for the Joint Chiefs of Staff for the Pentagon, where he worked on “network centric warfare,” according to The Nation.

Kellogg’s involvement in the Iraq war stands in contrast to President Donald Trump’s repeated statements that the war was an unmitigated disaster.

3. He Worked as the Executive Vice President for CACI International, a Pentagon Contractor

In 2005, Keith Kellogg began working as the executive vice president of the research and technology group of CACI International, a Pentagon contractor. According to The Nation, his hiring came eight months after the prisoner abuse at Abu Ghraib was first reported; several of the interrogators involved in this abuse were CACI International employees, and CACI is currently being sued by four Iraqi detainees.

“CACI has demonstrated outstanding commitment to national priorities, and the company is vigilant in its steadfast dedication to clients who protect the nation,” Kellogg said in a statement at the time of his hiring. “This is the type of environment in which I have served throughout my career, and in which I want to continue serving. I look forward to working with the talented CACI professionals in this arena.”

Kellogg has worked for a number of other contractors, including Analex Corp. and Abraxas, the latter of which Wikileaks revealed in 2010 was the source of software used by the U.S. government for surveillance. Kellogg also worked for Oracle Corporation, where he ran the homeland security solutions division.

“When I decided to leave the military, I realized that the skills I acquired there were transferable to the commercial world both in leadership and the information technology field,” Kellogg told The Washington Post.

4. His Wife, Paige, Is Also a Former U.S. Army Officer

Keith Kellogg’s wife, Paige Cook, is a former Fort Bragg paratrooper and a veteran of the 1983 Grenada invasion, according to the Fay Observer.

Keith and Paige have three children: 32-year-old Bryan, 30-year-old Meaghan, and 26-year-old Tyler, according to The Washington Post. They reside in Arlington, Virginia. Kellogg said in a 2016 interview with CNN that his daughter-in-law is currently going through the immigration process.

As Kellogg explained in a 1997 interview with The Fay Observer, he and his pregnant wife were busy raising their two children when he got the call that his 82nd Airborne Division would be going to Saudi Arabia in response to Iraq’s invasion of Kuwait.

“[Paige] said, ‘This is serious stuff. You get on an airplane. You don’t worry about me,'” Kellogg said.

Kellogg went on to say that he didn’t see his family again for another eight months, when Iraq was driven out of Kuwait.

5. He Was Added to Donald Trump’s Foreign Policy Team in March 2016

In August 2016, for instance, Kellogg appeared on CNN to discuss Donald Trump’s immigration speech and his call for “extreme vetting.”

“I think we need a very robust way of looking at people coming into the country,” Kellogg said. “You know, immigration is tough…It’s a tough process, but I think we need to carry it even further. When you talk about ideological tests that adds to it, as well.”

He also said that Donald Trump has the temperament to be commander-in-chief and that he is a “change candidate.”

Loading more stories
wpDiscuz
1
0
Would love your thoughts, please comment.x
()
x
| Reply
Keith Kellogg served as acting national security adviser after the resignation of Michael Flynn. He will continue to be chief of staff of the National Security Council.