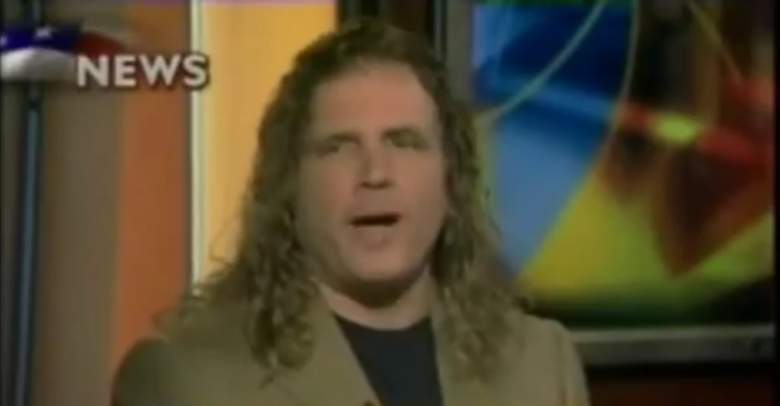 Fox News correspondent and host Brenda Buttner died at the age of 55, it was reported by Neil Cavuto on February 20. Buttner had been battling a rare type of breast cancer. She worked at Fox News for over 16 years and was the host of the Saturday morning business show, “Bulls & Bears.”

Buttner had been married once, to Tom Adkins, but never got remarried. Adkins is a conservative political activist who has had many interviews on various types of media over the years, including Buttner’s weekly program.

Here’s what you need to know about Adkins:

Tom Adkins is caught lying ON AIR!!! (shorter version)Liar liar pants on fire. Nobody has a crystal ball, I get that. However, just admit that you were wrong and move on instead of lying about it. Tom Adkins even makes reference to the fed funds rate in both clips.2008-01-08T18:13:42.000Z

Adkins, 59, has spent time as a political pundit, author, speaker and investor.

He started writing letters to the editor for the Philadelphia Inquirer and soon enough wrote op-ed pieces. Once he developed a writing background, Adkins and other Conservative writers joined forces to created the website and online magazine, CommonConservative.com.

Adkins was known for taking on controversial topics and attacking subjects with a different approach when he was an author. He wrote a few notable articles such as “Strange Bedfellows,” which debated the alliance between the Catholic church and homosexuals in the United States.

Adkins is also a real-estate investor from Remax Services and has spent time writing about interest rates and real estate. 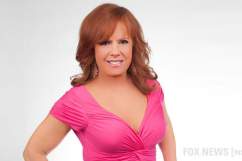 After gaining exposure for his writing, Adkins contributed to several political TV shows. He appeared on Politically Incorrect with Bill Maher in 1999 and had on-air time for numerous local TV stations in Philadelphia.

Eventually, Adkins found his way on national media with appearances on CNN and Fox News, where he spoke about interest rates, real estate and politics. He also had numerous appearances on Buttner’s Saturday show.

But the relationship wasn’t known to many and was only revealed on-air when Buttner told him to “shut up” and explained to others that she could do that “because they’re married,” it was reported.

Brenda Buttner died of cancer at the age of 55. (Fox News)

Tom Adkins Blasts Cap & Trade Morristown NJ July 4th TeaPartyPresentation by Tom Adkins at the July 4th 2009 Tea Party. Over 3500 attended. Tom blasts cap and trade and reveals its misconceptions and untruths. He also delineates the penalties we will pay for this enormous mistake being taken by lawmakers who have not read the legislation they approved. Costs of something as simple as the license plate or bus ticket will up. Everything will increase in price – everything. Nothing is protected – nothing!2012-09-01T21:54:12.000Z

Since his time as a contributor, Adkins spent time giving numerous speeches at Tea Party rallies around the country.

Most recently, though, Adkins has shed himself of his staple long, shoulder-length hair and created a YouTube show called “Tommy’s Garage Live!!!”

The show has produced numerous episodes and short bits with his cast of panelists and audience. Topics on the YouTube episodes are Conservative-based and offer the panelists’ sometimes outspoken views on the current political system and other current news events.

5. He Has a Large Tattoo of Ronald Reagan 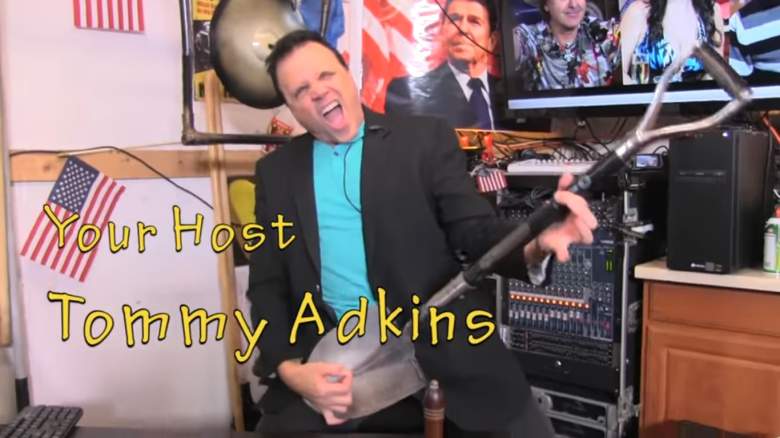 Adkins is a known fan of President Ronald Reagan. So much so, that he has an 18-inch tattoo of Reagan on his right ankle/foot.

He told the Philadelphia City Paper in 2004 about the tattoo:

Three thousand bucks and the most intense pain I’ve ever felt in my life … The difference between wearing it on your T-shirt or on your skin is commitment. I’m content with the knowledge that I will be wearing a portrait of Ronald Reagan on my skin for the rest of my life.