Pres. Trump: 'I haven't had one call' complaining about Dakota pipeline. "I don't even think it was controversial." https://t.co/PINKVVPfov pic.twitter.com/G4TVXngJmP

President Donald Trump downplayed dissent over the Dakota Access Pipeline, saying he didn’t get “one call” about it.

You can watch the video of Trump’s comments above. Trump also said, “As you know, I approved two pipelines that were stuck in limbo forever. I don’t even think it was controversial.” His comments, to a group of sheriffs, came as the U.S. Army announced it would cancel further environmental study and allow the Dakota Access Pipeline to go forward, following heed from Trump’s executive order allowing the pipelines, which the Obama administration was far less open to.

Trump and other supporters of the pipelines say they will bring jobs and reduce dependence on foreign oil. However, months of intense protests and clashes with North Dakota law enforcement occurred at the Standing Rock Sioux reservation in North Dakota. That tribe has fervently opposed the pipeline as a danger to water sources and cultural heritage site, and it’s found support from other Indian nations, people, and celebrities. The protests were called the most significant gathering of Indian people in decades.

If Trump didn’t think DAPL was controversial, perhaps Trump missed these images, which were just some of the stark scenes to emerge at the DAPL protests. 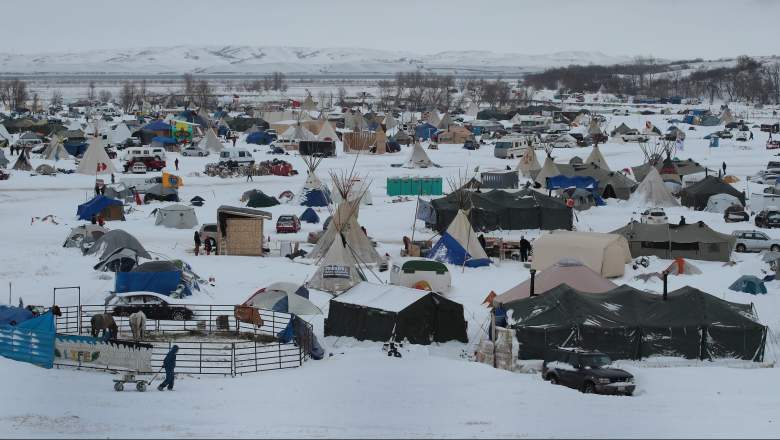 The scene of protests. (Getty) 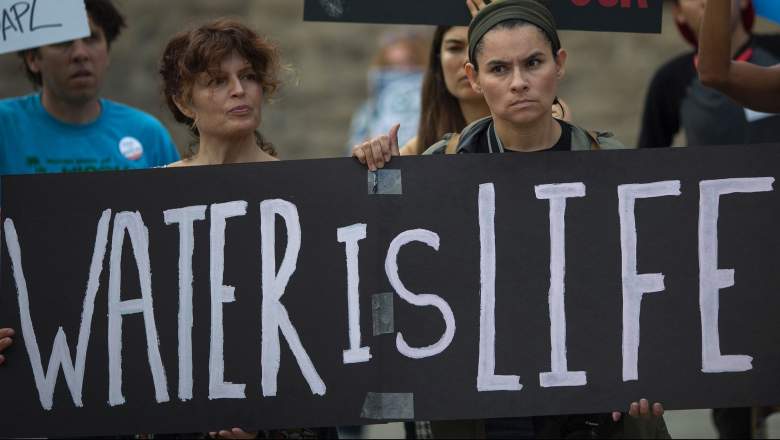 Activists demonstrate near a Hillary Clinton presidential campaign fundraiser featuring US President Barack Obama to call for a halt to the Dakota Access Pipeline project on October 24, 2016 in Beverly Hills, California. (Getty)

The #NoDAPL protesters are spreading their message to the media, banks, and politicians, hoping to make known human rights abuses in the area. (Getty)

Protestors march to a construction site for the Dakota Access Pipeline to express their opposition to the pipeline, at an encampment where hundreds of people have gathered to join the Standing Rock Sioux Tribe’s to protest against the construction of the new oil pipeline, near Cannon Ball, North Dakota, on September 3, 2016. (Getty) 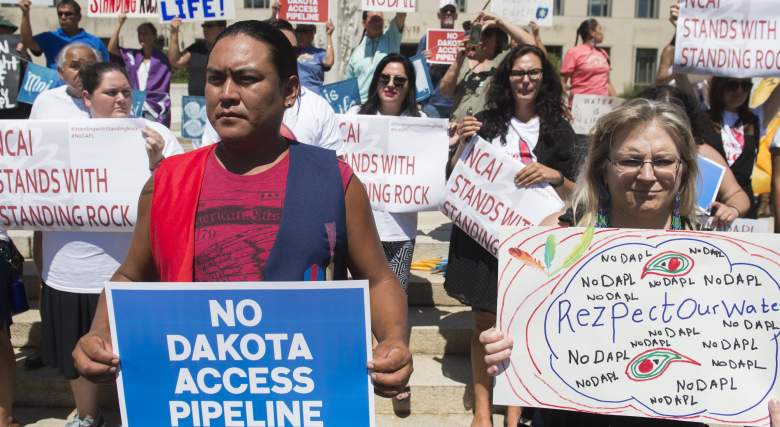 Protesters hold a rally with the Standing Rock Sioux tribe in support of a lawsuit against the Army Corps of Engineers and plans for the Dakota Access Pipeline outside the US District Court in Washington, DC, August 24, 2016. (Getty)

Native Americans march to a burial ground sacred site that was disturbed by bulldozers building the Dakota Access Pipeline (DAPL), near the encampment where hundreds of people have gathered to join the Standing Rock Sioux Tribe’s protest. (Getty)