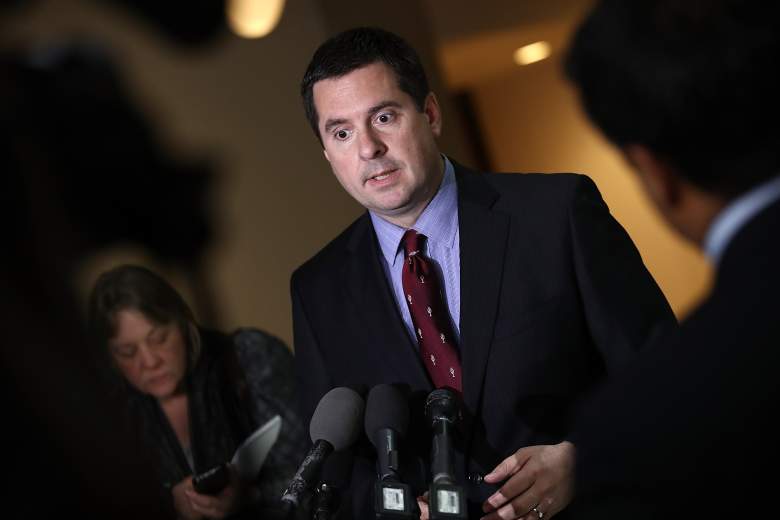 Congressman Devin Nunes is the chairman of the House Intelligence Committee and a former member of Donald Trump’s transition who has repeatedly denied that there is any evidence of improper contact between the Trump campaign and the Russian government.

In a press conference on March 2nd, Nunes again denied there was any improper contact between the Trump team and Russia. This came after a Washington Post report that Jeff Sessions met with a Russian ambassador while he was a Trump surrogate, and a few weeks after Michael Flynn resigned following the revelation that he spoke to the Russian ambassador but later lied about having done so.

Nunes is married to Elizabeth Tamariz, and he has three children: Evelyn, Julia, and Margaret.

Here’s what you need to know about Devin Nunes, chair of the House Intelligence Committee.

1. He Has Represented California in the House of Representatives Since 2003 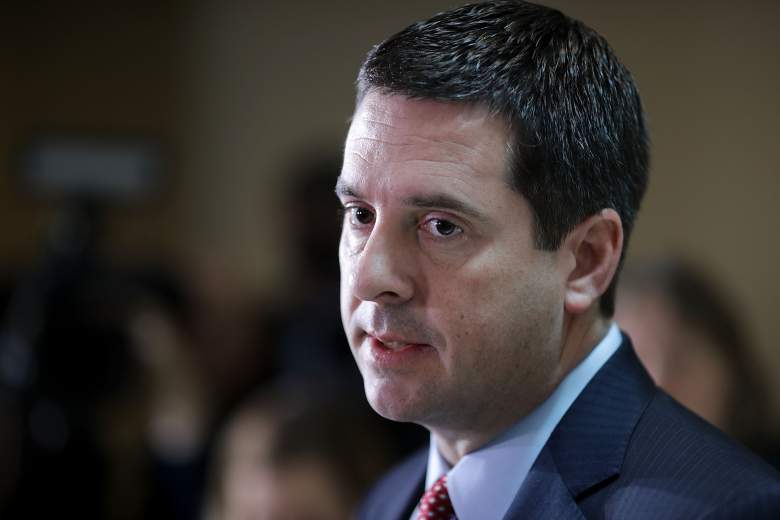 During the 2002 election, Devin Nunes ran to represent California’s 21st district. He defeated Jim Patterson and state Assemblyman Mike Briggs in the Republican primary and went on to easily win the November election; 52.1 percent of voters in Nunes’ district voted for Trump in the 2016 election. It has since been redistricted and is now the 22nd district.

Nunes has never struggled to be re-elected since he got into office, and in the 2010 election, he ran unopposed.

One issue Nunes has fought for during his time in the House is tax reform; he introduced the American Business Competitiveness Act, which would lower the federal tax rate on business income to 25 percent or less. It would also allow all businesses, regardless of size, to write off all business expenses in the current calendar year, and remove penalties that are incurred when a business invests income they’ve earned in foreign countries into the United States. Although this bill was not passed, elements of it were incorporated into Paul Ryan’s 2016 tax plan.

Nunes also co-authored in 2009 the Patients Choice Act with Paul Ryan. This was a health care plan that would set up state insurance exchanges and give out refundable tax credits to be used for health insurance coverage. The Patients Choice Act would also require insurance companies to cover patients with pre-existing conditions, and it would require all health insurance plans to meet certain standards of coverage. All of these things were later incorporated into the Affordable Care Act.

2. He Has Said That Obama’s Foreign Policy Was a ‘Complete Disaster’

During his time in Congress, Devin Nunes was a vocal critic of President Barack Obama’s foreign policy. In particular, he has criticized the Iran nuclear deal.

“It is clear that the nuclear agreement has emboldened the regime, a foreseeable outcome that drove Congress to oppose the nuclear deal in the first place,” Nunes said in a statement in 2016. “As Iranian hardliners, including the Iranian Revolutionary Guard Corps, reap the financial windfall of this agreement and use it to meddle in places throughout the world, the United States must be prepared to confront further Iranian aggression.”

He has also criticized President Obama for not being tough enough on Russia.

“Our attempt to accommodate Putin by scrapping our Central European missile defense plan has failed, and our diplomatic ‘reset’ collapsed without being replaced by a new, coherent Russia policy,” he said in a 2014 op-ed. “We now urgently need to reset the reset.”

He went on to say that the United States needs to give more help to nations threatened by Russia, ease restrictions on domestic energy sources so that the U.S. can become an energy supplier for Europe, resurrect the Central European missile defense shield, and launch a public communications campaign to counter Russian propaganda.

In addition, Nunes was highly critical of the Obama administration’s handling of the Benghazi terror attack, saying in 2013 that the White House was misleading the American people about what happened at the embassy in Libya.

“All the emerging evidence shows that the administration tried to spin the Benghazi story to match its triumphant claim that al Qaeda is all but eliminated,” he said. “A deadly attack on a U.S. consulate by al Qaeda-linked terrorists doesn’t fit the narrative, so the administration dismissed intelligence reports revealing that known terrorists were involved in the attack, insisting instead that it evolved out of a spontaneous demonstration against an anti-Islamic YouTube video.”

3. He Has Fought With Members of His Own Party, Referring to Some of His Colleagues as ‘Lemmings With Suicide Vests’

Though Nunes has been quite critical of Democrats, he has also occasionally clashed with Republicans, especially in recent years.

In 2015, Nunes told The New Yorker that the biggest change he has seen since being elected to Congress is the rise of conspiracy theories and false information spreading online, with these falsehoods then shaping millions of people’s political beliefs and influencing Republican politicians.

“I used to spend ninety per cent of my constituent response time on people who call, e-mail, or send a letter, such as, ‘I really like this bill, H.R. 123,’ and they really believe in it because they heard about it through one of the groups that they belong to, but their view was based on actual legislation,” Nunes said. “Ten per cent were about ‘Chemtrails from airplanes are poisoning me’ to every other conspiracy theory that’s out there. And that has essentially flipped on its head.”

He went on to say that these days, most of the mail he gets from constituents is really far out there, and only a small portion of it is actually based on facts.

“It’s dramatically changed politics and politicians, and what they’re doing,” he said.

As an example of this, he talked about the 2013 government shutdown, something that was championed by conservatives and talk show hosts across America.

“I said, ‘I don’t know where you’re hearing this from, but it doesn’t work,'” he told The New Yorker. “By the time we got back here in September, you had over half the members of our caucus who really believed we could shut the government down and ultimately Obama would repeal Obamacare.”

Nunes referred to these Republicans who wanted to shut down the government in 2013 as “lemmings with suicide vests.”

4. He Was Enlisted by the White House to Deny Reports of Trump’s Russia Ties 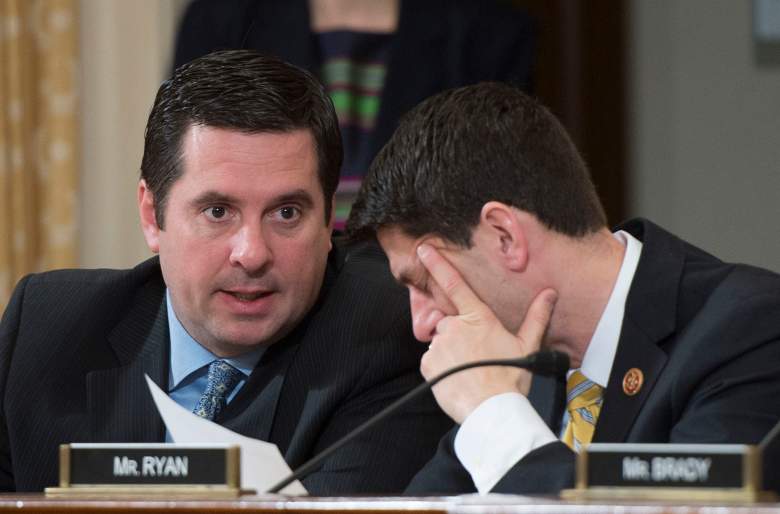 Devin Nunes and Paul Ryan testify before the House Ways and Means Committee on US Capitol in Washington, DC, March 12, 2014. (Getty)

Because Devin Nunes is the chair of the House Intelligence Committee, he is leading the lower chamber’s investigation into whether members of Donald Trump’s campaign staff were in contact with Russians throughout the presidential election, as has been reported by numerous media outlets.

Nunes recently said that there is “nothing there” and that this investigation is nothing more than a “witch hunt.”

“This is almost like McCarthyism revisited,” Nunes said, according to Politico. “At this point, there’s nothing there. Once we begin to look at all the evidence, and if we find any American that had any contact with Russian agents or anybody affiliated with the Russian government, then we’ll be glad to, at that point, you know, subpoena those people before the House and let the legislative branch do its oversight and then we would recommend it over to, you know, the appropriate people.”

According to The Washington Post, Nunes, who served on Trump’s transition team, spoke to numerous reporters throughout the transition to challenge stories of Trump’s alleged ties to Russia “at the request of a White House communications aide.”

It recently came to light that Michael Flynn spoke to the Russian ambassador during the Trump campaign despite having previously claimed not to have done so. When asked if there’s any evidence that the White House instructed Flynn to talk to Russia about sanctions, Nunes said that Trump couldn’t have done so because he would have been too busy.

“I would find that hard to believe because they were so busy, and I think these conversations were all very short,” Nunes said.

5. He Says Reporters Should ‘Be Careful’ About Criticizing Trump’s Russia Contacts Because They Could Be Investigated Themselves 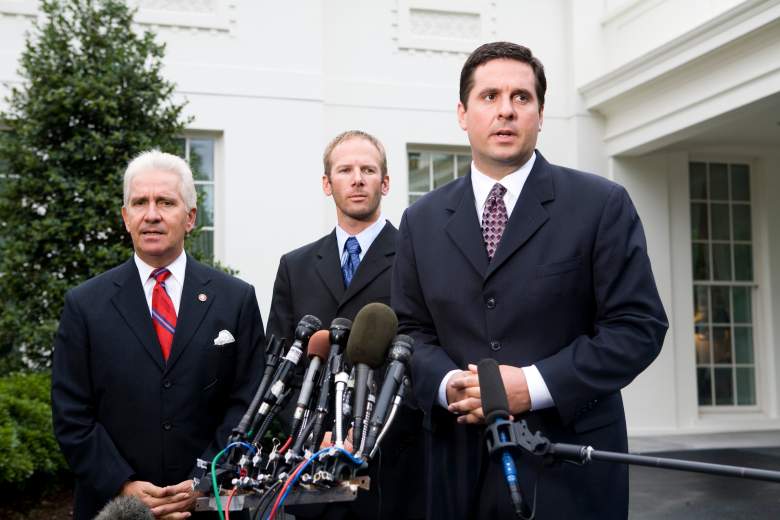 Devin Nunes speaks with the media after attending the signing by President George W. Bush of the Hubbard Act into law August 29, 2008 in Washington, DC. (Getty)

While speaking with reporters on Thursday afternoon, Nunes said that those in the media should be careful when they call attention to Trump officials’ conversations with Russians.

“Look, I’m sure some of you are in contact with the Russian embassy,” he said. “So be careful what you ask for here because if we start getting transcripts of any of you or other Americans talking to the press, do you want us to conduct an investigation on you or other Americans because you were talking to the Russian embassy? I just think we need to be careful.”

Nunes’ statement was interpreted by many as being a threat directed towards the press. Liberal commentator Keith Olbermann tweeted, “And if anybody would know which Americans are in contact with the Russian Ambassador, it’d be @DevinNunes who’ll be seeking asylum there.”