Peter McMahon is married to Fox News anchor Dana Perino, who currently co-hosts The Five. Perino is a former White House Press Secretary, who worked in the George W. Bush Administration from 2007 to 2009. She joined the Fox News Channel in 2009.

McMahon is a 63-year-old businessman from the U.K., involved in marketing and sales of medical products. Perino, 45, and McMahon tied the knot in 1998 after meeting two years prior. They do not have any children, bur McMahon does have children from a previous marriage. Perino is his third wife.

1. McMahon Met Perino on a Flight to Chicago 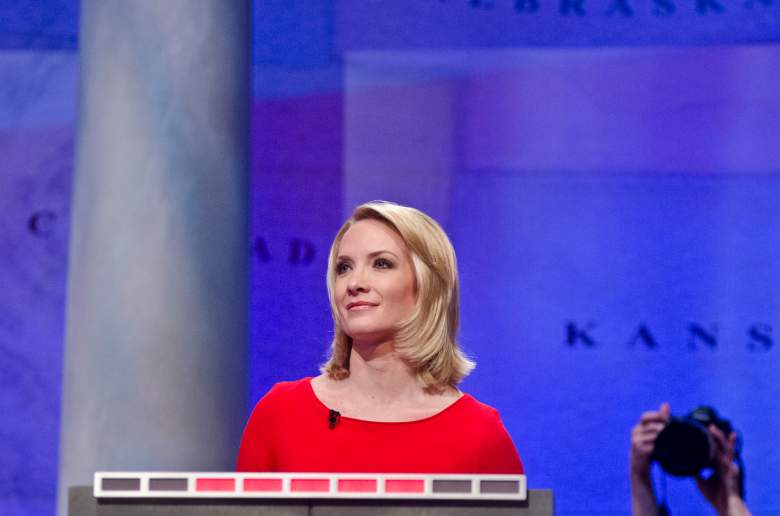 In a 2016 interview with the Hudson Union Society, Perino said that she met her future husband in 1997 while on a flight to Chicago. The two were the last ones on the plane and were seated next to each other. McMahon asked her if she wanted him to put her bag in the overhead storage and she sized him up, noticing that he was good-looking, had a British accent and didn’t have a wedding ring. He was also reading The Tailor of Panama, which impressed him.

After they spent the entire flight talking, she thought to herself, “OK Lord, I know I asked you to help me find somebody, but he lives in England, he’s 18 years older than me, he’s been married twice before. Did I mention he lives in England? This cannot possibly be it!”

But she fell “head over heels” for him. She calls their love story “Love At First Flight.”

2. He Was Once Arrested After Walking Their Dog Without a Leash

On April 12, 2007, McMahon was arrested for failing to pay the fine within 15 days. He spent the day in jail after returning from an overseas business trip.

3. He Made His First Audio Book Appearance in Perino’s Book About Their Dog Jasper

The key to surviving a long flight or car ride during holiday travel is a good audio book. Lucky for you, my British husband Peter makes his debut audio book appearance in Let Me Tell You About Jasper – the British accent alone makes it worth the purchase ;) Sneak peek below…check out @facebook for the full video! Download audio book here: http://adbl.co/2hrgLC2 #JasperAudioBook @audible_com

McMahon’s experience with Henry didn’t stop him and Perino from getting another dog. Perino’s Instagram page is filled with photos of Jasper, their current dog. She’s even posted pictures of McMahon sitting with the dog, reading her books to him.

Perino’s latest book is Let Me Tell You about Jasper…: How My Best Friend Became America’s Dog, which was published in October 2016. McMahon recorded a line for the audio book version, in which he spoke about his experience in jail because of Henry.

In the book, Perino also wrote that McMahon watches The Five with Jasper by his side every day and will often send her emails about the show.

Perino wrote on Fox News that her husband became an American citizen in 2006 and has become one of the “most patriotic people I know.”

“He became a citizen in 2006 and is one of the most patriotic people I know (though he does say he misses British beer on occasion). He’s enthusiastic about the blessings America has worked hard to grow and protect, and he appreciates our “glass half-full” attitude. There’s not a day that he doesn’t express in some way how grateful he is to be given the chance to live here with freedom and opportunity. He even loves American football (not just soccer!).”

During a segment in 2012, Perino introduced two of her husband’s grandchildren, Rachel and Sebastian, who lived in Scotland at the time.

5. He Reluctantly Thinks Brexit Will Be Good for the U.K.

In a June 2016 interview with Fox News, conducted by his wife, McMahon said that he “reluctantly” believes that leaving the European Union will ultimately be better for his native country.

“I say reluctantly because I know that there will be a can of worms to deal with commercially and financially,” McMahon told Perino. “However, I believe that the principle of having self-determination is more important. When the UK joined the European Economic Community there were definite trading benefits; however when that evolved into increasing political control from Brussels, with laws and regulations being imposed on Britain, in my eyes it became too much.”

When asked why Americans should care about Brexit, he told Perino that it’s important to note that the U.K. is no longer a part of the EU “Common Market.” “However, there is no reason why trading should be any more of a problem with the UK than it is with numerous other non-EU countries,” he added.

Loading more stories
wpDiscuz
3
0
Would love your thoughts, please comment.x
()
x
| Reply
Fox News host Dana Perino of The Five is married to businessman Peter McMahon. Here's a look at his life and their relationship.