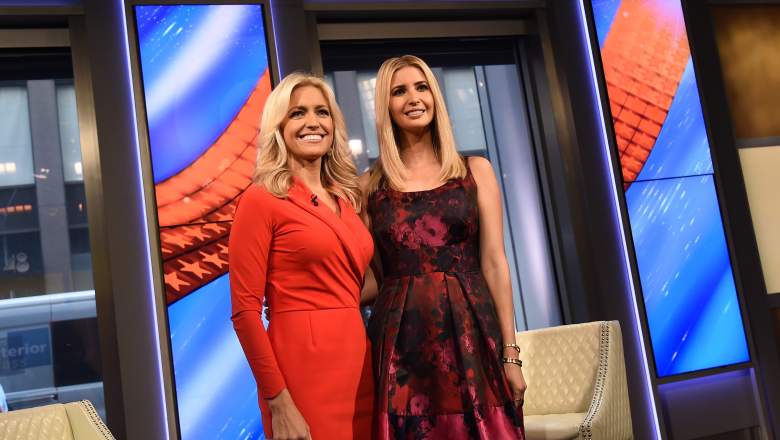 Ainsley Earhardt is the woman between Steve Doocy and Brian Kilmeade every morning on Fox News‘ Fox & Friends, which is President Donald Trump‘s favorite morning show program. She even had a sit-down interview with Trump just days before his inauguration in January.

The 40-year-old Earhardt has been on the show since February 2016, replacing Elisabeth Hasselbeck.

Earhardt was previously married to Kevin McKinney from 2005 to 2009. She’s now married to former college football player Will Procter.

Here’s a look at Earhardt’s career and her family.

1. She Has an Estimated Net Worth of $4 Million

Earhardt has an estimated net worth of $4 million, Celebrity Net Worth estimates. According to the site, she has an annual salary of $800,000.

In addition to her work on Fox & Friends, the Spartanburg, South Carolina native also has her own segment on Sean Hannity’s Hannity called “Ainsley Across america.”

2. She’s Married to Will Proctor & Has a Baby Girl

Earhardt is married to Will Proctor, a former college quarterback, who played at Clemson University. After graduating, he tried to continue playing football in Canada, joining the Montreal Alouettes and then the Calgary Stampeders. In 2009, he decided to retire from football. He’s now a wealth adviser at Neuberger Berman.

The couple tied the knot in October 2012 in Winter Park, Florida.

3. Earhardt Dedicated Her First Day at ‘Fox & Friends’ to Her Parents

In a February interview with TVNewser, Earhardt said she dedicated her first day at Fox & Friends to her parents in South Carolina. “They’re just amazing people. They’ve worked so hard to give me so much,” she said.

She told TVNewser that her father is a “news junkie” and vowed to pay for his three children’s college education. Her father’s struggle has been a great inspiration to her.

Her work ethic is what impressed former Fox News chairman Roger Ailes, who said that her “relentless work ethic, congeniality and enthusiasm for connecting with our viewers and staff are extremely refreshing.”

“Who comes back from maternity leave with a promotion? I love working at Fox,” she told TVNewser. “Roger has been great to me.”

4. Earhardt Was Among the Fox News Anchors Who Defended Ailes Against Sexual Harassment Claims 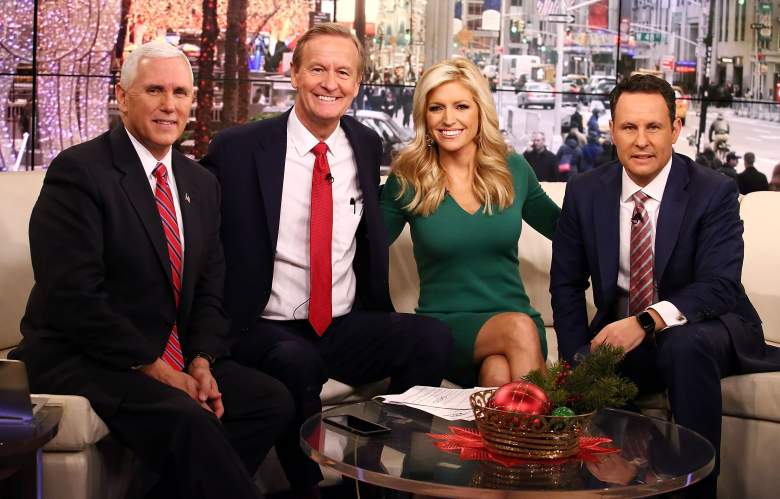 Ailes resigned in July 2016 after mounting pressure from sexual assault allegations made against him by Gretchen Carlson and other Fox News anchors. Earhardt was not among them. She even defended her former boss.

“I want the public to know that this is a man with a really good heart,” she told People Magazine in July 2016. “In my experience, he has had my best interest in mind and he has my family’s best interest in mind. He is a family man and he is a father figure, and I will always be grateful to him for giving me a promotion when a lot of people wouldn’t have.”

Earhardt said that Ailes was there for her in “the ups and downs of my life, personally,” calling him “loyal.”

“He’s just a legend, and I don’t want his reputation smeared because he’s worked really hard to just give all of us such a great life. He really cares about other people,” Earhardt said.

5. She Started Her Professional Journalism Career in South Carolina

In 2005, she moved to the CBS affiliate in San Antonio. Earhardt stayed there until she got an offer to work at Fox News Channel in New York in 2007.