Michael Hastings participates in the Guardian’s “Post-Truth Politics & the Media’s Role” dicussion at The LongView Gallery on May 1, 2012 in Washington, D.C. (Morigi/Getty Images for The Guardian)

It was revealed today by the WikiLeaks’ Vault 7 leak that the Central Intelligence Agency may have car hacking capabilities, leading online conspiracists to further the claims that journalist Michael Hastings was murdered by the CIA.

Hastings died on June 18, 2013, in a fiery high-speed automobile crash in his Mercedes C250 Coupé following the publication of “Why Democrats Love to Spy On Americans” on BuzzFeed. Hastings had been a vocal critic of the Obama administration. Following his death, former U.S. National Coordinator for Security, Infrastructure Protection, and Counter-terrorism Richard A. Clarke said that Hastings’ crash was consistent with a “car cyber attack.”

Clark told the Huffington Post, “What has been revealed as a result of some research at universities is that it’s relatively easy to hack your way into the control system of a car, and to do such things as cause acceleration when the driver doesn’t want acceleration, to throw on the brakes when the driver doesn’t want the brakes on, to launch an air bag… You can do some really highly destructive things now, through hacking a car, and it’s not that hard.”

According to CW6 San Diego, Hastings claimed to have received a death threat prior to the crash by a staff member at the McChrystal Group about a critical passage in his book, The Operators: The Wild and Terrifying Inside Story of America’s War in Afghanistan. The McChrystal Group is an advisory firm started by retired United States Army general Stanley Allen McChrystal.

CW6 also reported that Hastings was investigating CIA Director John Brennan for an upcoming exposé before his death.

In an official synopsis of the recently leaked Vault 7, the above passage can be found.

Redditors on r/conspiracy are already connecting the new information to the death of Hastings. It cannot be independently confirmed.

However, a July 23, 2015, article on WhoWhatWhy by Russ Baker also drew a similar conclusion to conspiracist Redditors, despite not having access to WikiLeaks Vault 7 information. 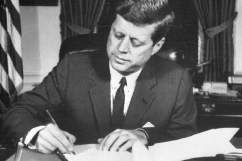 JFK WikiLeaks Vault 7 Password: ‘I Will Splinter the CIA Into a Thousand Pieces’ [VIDEO] 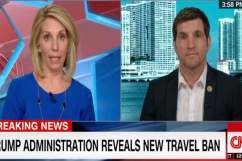 Loading more stories
wpDiscuz
12
0
Would love your thoughts, please comment.x
()
x
| Reply
It was revealed today by the WikiLeaks’ Vault 7 leak that the Central Intelligence Agency may have car hacking capabilities, leading online conspiracists to further the claims that journalist Michael Hastings was murdered by the CIA.