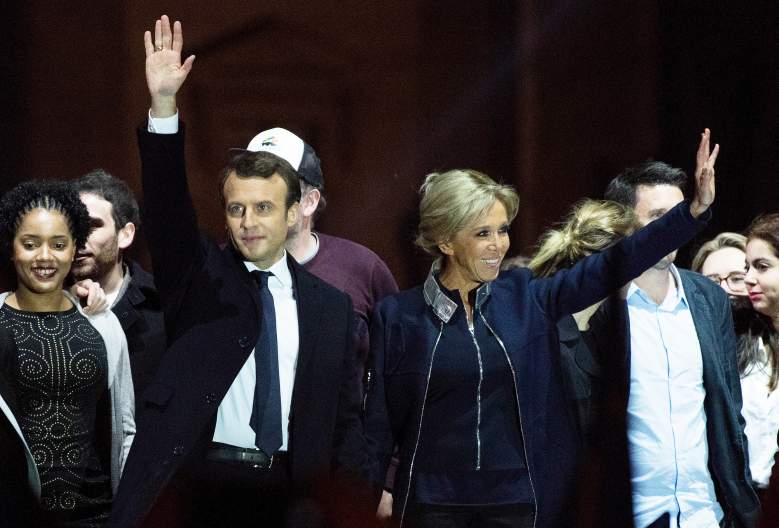 Emmanuel and Brigitte Macron celebrate Emmanuel’s election as the next French President. (Getty)

Emmanuel Macron is the President of France and leader of the En Marche! party, which he created after resigning from the government as Minister of the Economy, Industry and Digital Affairs. He’s married to Brigitte Marie-Claude Trogneux, who is 24 years older and was his French literature teacher. She will be France’s First Lady after Macron won the second round today.

The 39-year-old Macron and the 63-year-old Trogneux do not have any children together, but she has three children – son Sebastien and daughters Laurence and Tiphane – from a previous marriage. She also has seven grandchildren, so Macron is a 39-year-old step-grandfather.

Here’s what you need to know about the next first lady of France.

1. Macron Met Brigitte When He Was 15 & His Parents Disapproved of the Relationship 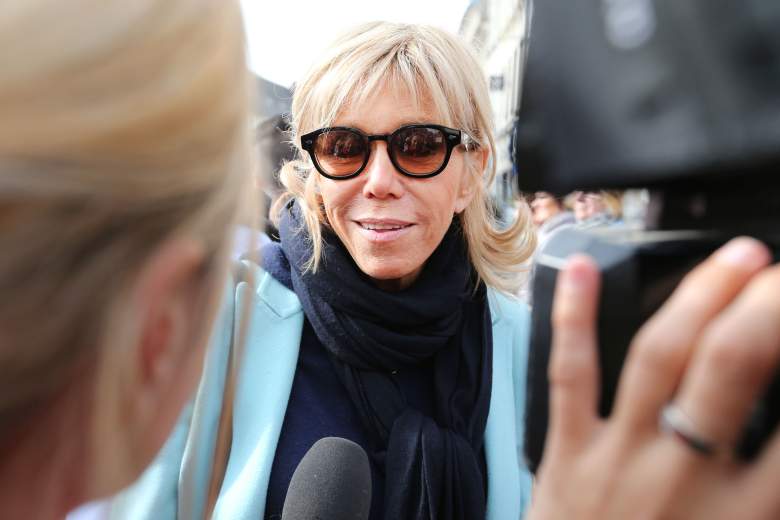 Macron and Trogneux met when Macron was just 15 years old and she was his French teacher at a Jesuit middle school in Amiens. She was still married to her first husband, with whom she had three children. According to the book Emmanuel Macron: A Perfect Young Man by Anne Fulda, Macron’s parents told Trogneux to stay away from their son, at least until he was 18.

As Vogue notes, Macron’s parents tried to split them up by sending Macron to Paris to finish his studies, but that didn’t work.

“I cannot promise you anything,” Trogneux told his parents, Fulda writes, notes Reuters. Their relationship continued and they married in 2007, after Trogneux and her husband divorced.

Macron’s parents told Fulda that they believed their son was actually going after the heart of Trogneux’s daughter. They were stunned to hear that this wasn’t the case. 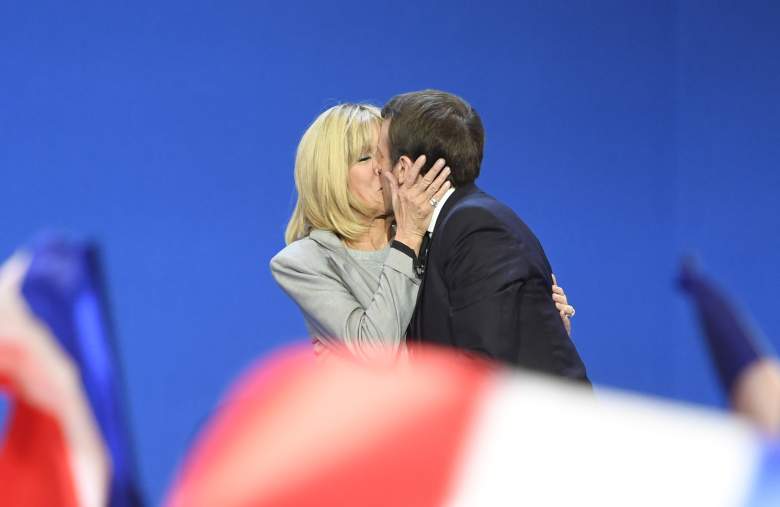 Emmanuel and Brigitte Macron kiss after he earned the most votes during the first round of voting of the French Presidential election. (Getty)

“We couldn’t believe it. What is clear is that when Emmanuel met Brigitte we couldn’t just say: ‘That’s great,'” Macron’s mother told Fulda. She is quoted as telling Trogneux, “Don’t you see. You’ve had your life. But he won’t have children with you.”

Although Fulda did interview Macron and Trogneux, Macron’s spokesman said he was disappointed that she didn’t ask about his parents’ approval of the relationship. “Emmanuel’s parents were keen on emphasizing that they did not lodge a complaint against Brigitte Auziere (Trogneux’s married name) for corruption of a minor,” Macron’s spokesman said, reports Reuters.

“Nobody will ever know at what moment our story became a love story. That belongs to us. That is our secret,” Trogneux is quoted as saying in the book.

The Daily Mail recently published home video footage of Macron in a school play, in which Macron and Trogneux are seen kissing each other on the cheek.

“Every Friday I went to write a play with her for several hours,” Macron later said. “We spoke about everything. And I discovered we had always known one another.”

2. She Has 3 Children, Including a Daughter Who Works on Macron’s Campaign 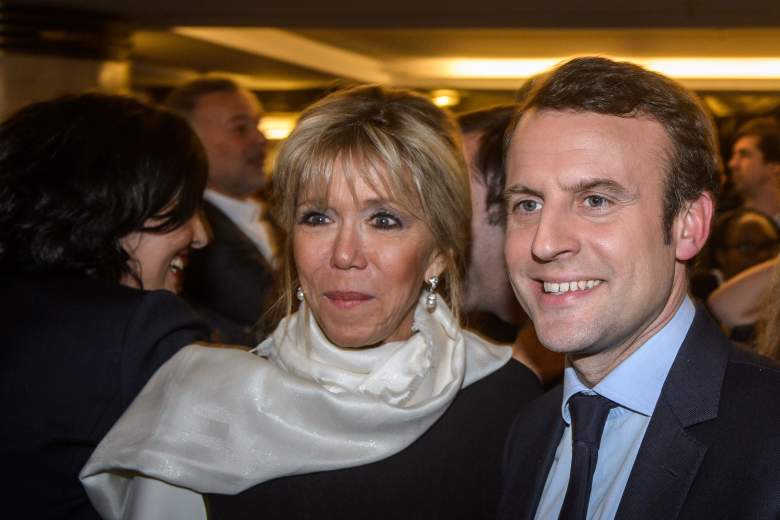 Trogneux has three children. Her youngest child is 30-year-old Tiphaine Auziere, who works on Macron’s campaign and is a lawyer. According to the Quebec Telegram, it was Tiphaine who came forward to apologize on April 21 when posters of Macron’s rivals were defaced in Berck, a city on France’s north coast.

According to Closer, Tiphaine had been staying out of the public eye for much of Macron’s public career. However, she finally began appearing at events in November 2016 when she organized a meeting for En Marche!. Since then, she’s been a major part of the campaign. At her first event, she called her stepfather an “exceptional personality” and an “intelligent man.”

Trogneux’s eldest child, son Sebastien, was born in 1975, making him two years older than her current husband. Her middle child, daughter Laurence, is the same age as Macron and was in the class her mother taught when they met. 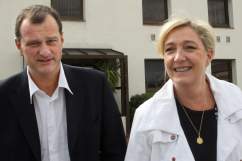 3. She Went to Agenda Meetings & Plans on Playing a Role in the Government if Macron Wins 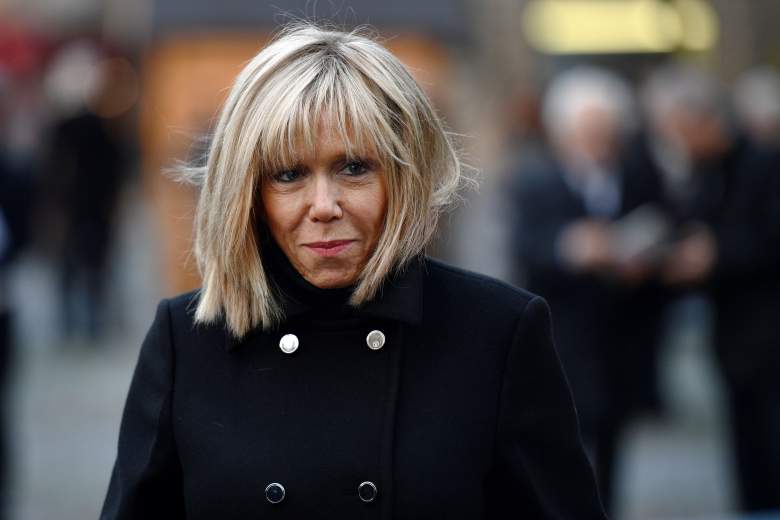 If Macron wins, don’t expect Trogneux to suddenly stop playing a major role in his life at work. Alexis Kohler, his chief of staff when he was the economy minister, told Bloomberg that Trogneux attended agenda meetings. “She is a woman who’s involved in the life of her husband,” Kohler said.

“If I’m elected — no, sorry, when we are elected — she will be there, with a role, and a place,” Macron said on March 8, reports Bloomberg. “I owe her a lot, she helped make me who I am.”

A French documentary by France3 showed how Trogneux helped prepare him for a major speech. “Your voice drops at the point where you say ‘for,”’ she says in the documentary. “Raise your voice so we know what you are talking about.”

4. Her Family Makes Millions as Chocolatiers in Amiens 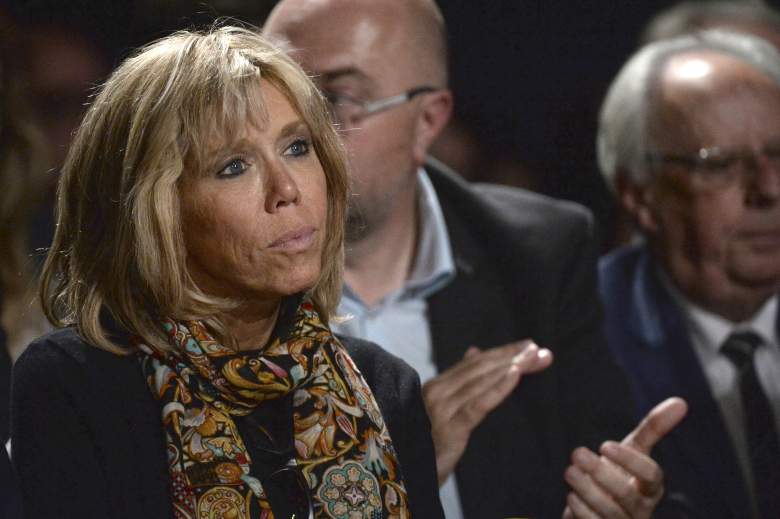 Trogneux’s parents were Jean Trogneux and Simone Pujol. They had six children, with Trogneux as the youngest, according to Geneanet.org.

L’Express notes that Trogneux’s family is well-known in the north of France for their chocolates. Her nephew, Jean-Alexandre Trogneux, leads the family business, which made four million euros in 2013 alone. 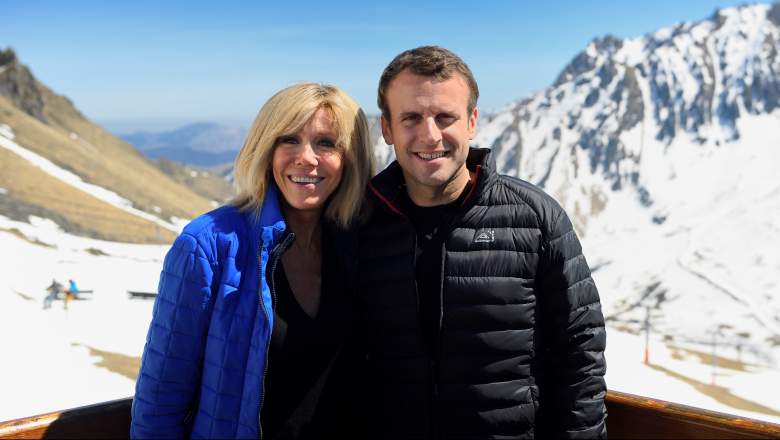 Emmanuel Macron and his wife, Brigitte Trogneux in April 2017. (Getty)

If you live in Europe, you can order their chocolates online. The company’s Facebook page has over 14,000 likes.

The company’s best-known product are their macaroons, or Macrons d’Amiens. In 2014, a local jokingly told Le Parisien that, “We already had the macaroon from Amiens. Now we also have the Macron d’Amiens!”

5. The Couple Decided Not to Have Children 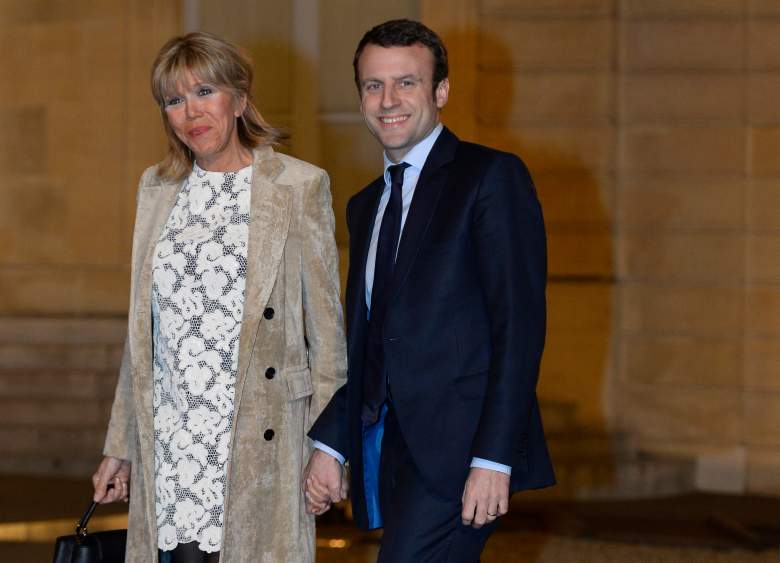 During a BMFTV interview in April, Macron made it clear that he and his wife have decided not to have any children, Gala notes. He’s already the step-grandfather of seven children.

“We have chosen not to have children. A choice that was not selfish for me,” he told BMFTV. “It is a choice that has been assumed, which I had to make very young given the age difference. I did not need my biological children and grandchildren to give them as much love as I gave them.”

Macron’s unconventional marriage has led some to speculate that he’s secretly gay. Back in February, he laughed off rumors that he was having an affair with Radio France CEO Mathieu Gallet. “If you’re told I lead a double life with Mr. Gallet it’s because my hologram has escaped,” Macron said at a rally, The Telegraph reports.

Loading more stories
wpDiscuz
68
0
Would love your thoughts, please comment.x
()
x
| Reply
Emmanuel Macron, who was just elected the next President of France, is married to his former teacher, Brigitte Macron. She's 24 years older than him.