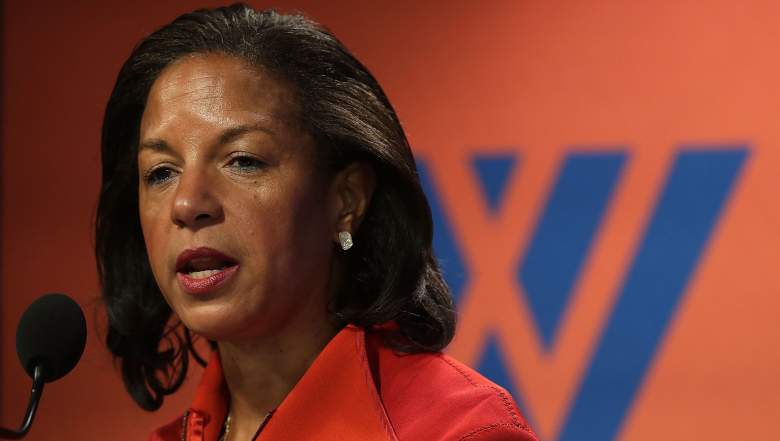 The Rice angle exploded on social media, and President Donald Trump has tried to elevate the issue on Twitter, as questions continue to swirl about Trump’s accusations that President Obama’s administration surveilled his campaign.

On April 4, Rice adamantly denied any wrongdoing; she said unmasking was requested to better under the context behind reports and not for political purposes, and she denied ever leaking the information, according to The New York Times.

1. Fox Reports That Rice Shared the Unmasked Names With Other Officials 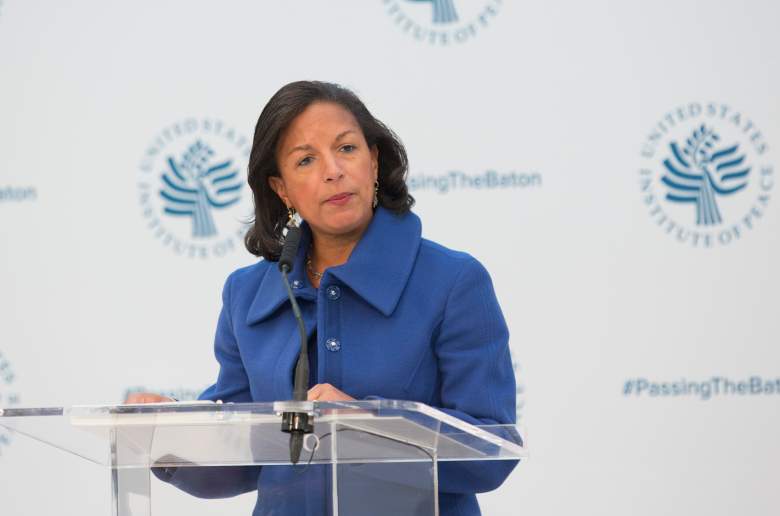 According to Fox News, “the unmasked names, of people associated with Donald Trump, were then sent to all those at the National Security Council, some at the Defense Department, then-Director of National Intelligence James Clapper and then-CIA Director John Brennan – essentially, the officials at the top, including former Rice deputy Ben Rhodes.”

The network reported that the names “were part of incidental electronic surveillance of candidate and President-elect Trump and people close to him, including family members, for up to a year before he took office.”

The Washington Times alleges that Rice “asked dozens of times for intelligence agencies to unmask the names of Trump associates.” 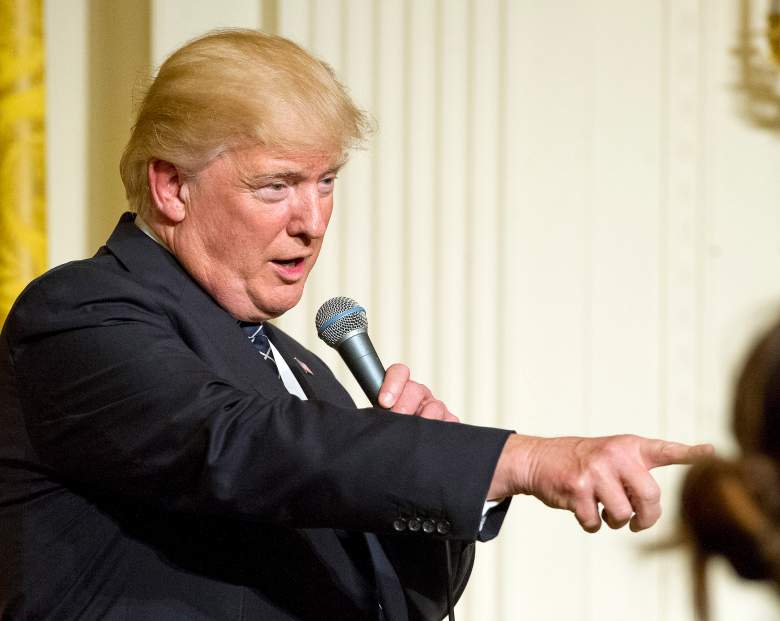 In a series of tweets on April 4, President Trump highlighted the unmasking story, which had circulated on the Internet for at least a day before the Fox report.

Such amazing reporting on unmasking and the crooked scheme against us by @foxandfriends. "Spied on before nomination." The real story.

.@FoxNews from multiple sources: "There was electronic surveillance of Trump, and people close to Trump. This is unprecedented." @FBI

Trump has repeatedly attempted to disrupt traditional media narratives over the past few weeks that are focusing on his administration’s potential ties to Russia after making the sensational claim that President Obama “wiretapped” him without providing proof. FBI chief James Comey told Congress that the FBI is investigating Trump campaign officials for possible coordination with Russia as the country tried to interfere with the 2016 presidential election. Those allegations have also not been proven.

The Washington Times noted that Trump’s National Security Adviser, Michael Flynn, was unmasked by unknown parties for his communications with the Russian ambassador. Flynn then resigned.

Some on the right are accusing the media of bias for not more aggressively covering the Rice story. One of those people is Ari Fleischer, the former press secretary for President George W. Bush. Fleischer posted a series of tweets about the controversy on Twitter. He said that, as Obama’s National Security Adviser, Rice had the authority to request the unmasking, but he wrote that he was “stunned” by the media’s “lack of curiosity” around the circumstances.

1/ About Susan Rice: The President's National Security Advisor has authority to request unmasking of American names from intell agencies.

2/ But in this instance, I am stunned by the lack of curiosity most media have shown about the facts and circumstances present here.

3/ This is a good example of media giving soft coverage to President Obama while they're hard on the GOP in general & Trump in particular.

4/ Bear in mind, Rice is the official who praised Bowe Bergdahl for his "honorable service" & claimed he was captured "on the battlefield."

5/ She also said two weeks ago in a TV interview that she didn't know anything about the unmasking.

6/ I would have thought the media would ask tough questions. There is no reason this should be a FOX News and conservative press issue only.

7/ If I were a reporter, I would want to know why Rice sought the unmasking. The FBI is investigating possible Trump collision, not the WH.

8/ How often did she ask? What reasons did she give? (Each request is tracked and catalogued in writing by the NSA. A procedure exists.)

9/ The info would have been provided ONLY to her as the requester. It is highly classified. Did she share it? With whom? Why?

10/ If she shared it with anyone, why did she do so? What did they do with it? Did they give it to the media or tell media about it?

11/ One of the reasons we live in a polarized era is because too many reporters look the other way at issues like this. Bias is real.

12/ It's not too late. The press knows how to dig and get answers. I hope they do so.

The Rice report comes on the heels of the controversy of House Intelligence Chairman Devin Nunes, whom Democrats accuse of colluding with the White House. Nunes has alleged that “two sources in the intelligence community approached him. The sources told Nunes who was responsible and at least one of the Trump team names that was unmasked,” reported Fox News previously.

4. Rice’s Requests Were Discovered in a National Security Council Review on Government Unmasking 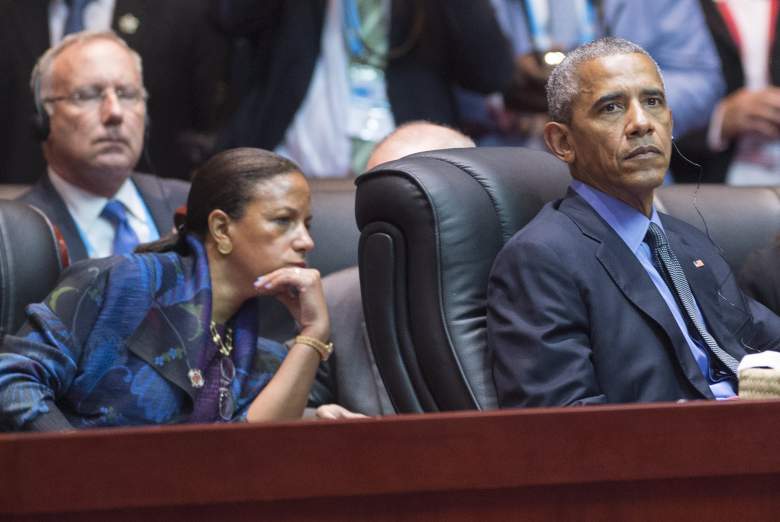 According to Bloomberg, the Rice requests were “discovered in a National Security Council review of the government’s policy on ‘unmasking’ the identities of individuals in the U.S. who are not targets of electronic eavesdropping, but whose communications are collected incidentally.”

Bloomberg notes that normally such named are redacted and appear generically in reports. National Security Council senior intelligence director Ezra Cohen-Watnick “was conducting the review” initially and told the White House counsel about it, reports Bloomberg.

According to The New York Times, Rice, at the time of the Nunes’ controversy, had said in an interview that, “I know nothing about this…” referring to Trump officials being incidentally caught up in eavesdropping.

It’s been reported that Cohen-Watnick was one of Nunes’ sources.

Bloomberg reports that the reports were “summaries of monitored conversations — primarily between foreign officials discussing the Trump transition,” including politically useful information, but also contained “direct contact between members of the Trump team and monitored foreign officials.” 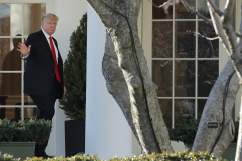 5. Rice Has Long Been a Target of Conservative Criticism Over Benghazi 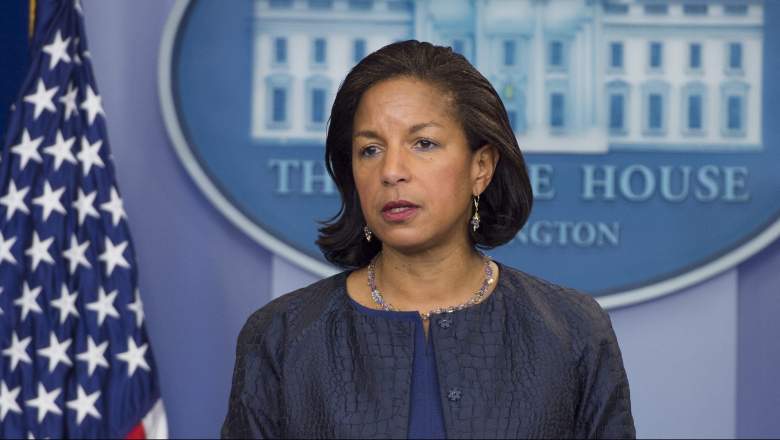 Rice has previously caused a great deal of controversy after she appeared on talk shows in 2012 as U.S. Ambassador to the United Nations and attributed the Benghazi attack to a video. She later admitted the information was wrong.

She was picked to succeed Tom Donilon almost immediately after he resigned from the position in June 2013 and was sworn in one month later on July 1, 2013. When Trump won the 2016 presidential election, Rice was critical of the Trump administration, calling Trump’s strategy to reshuffle the National Security Council “stone cold crazy,” and criticizing the appointment of Steve Bannon as the chief strategist. 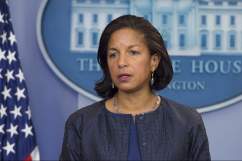