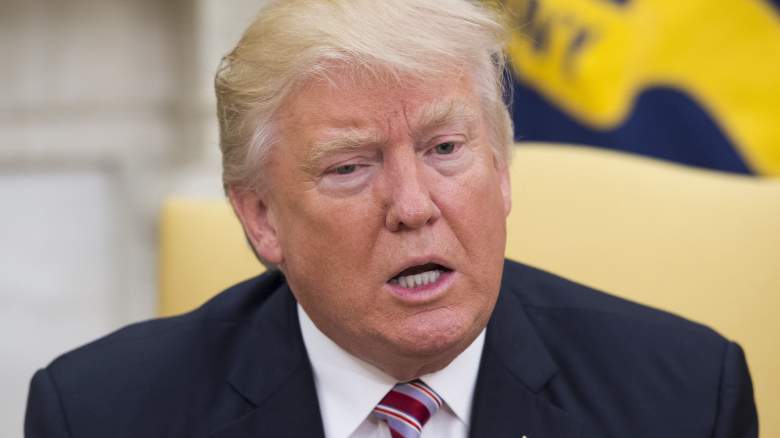 President Donald Trump meets with former Secretary of State Henry Kissinger in the Oval Office at the White House on May 10, 2017. (Getty)

In the latest batch of opinion polls, President Donald Trump has seen a dip in his approval rating following his decision to fire FBI Director James Comey. Among five recent polls, the president maintains an average approval rating of 39.9 percent, a drop in several points compared to the previous set of five polls. His approval rating has not yet been affected by the two back-to-back bombshell news stories this week, first that Trump revealed classified information in a meeting with the Russian ambassador and foreign minister, and then that Trump pressured Comey to end his FBI investigation of Michael Flynn. Even before these two stories broke, though, a new survey found that a plurality of Americans believe that President Trump should be impeached; this is the first time that more Americans support the idea of impeachment than oppose it.

Here’s a look at the most recent polls concerning President Donald Trump and his popularity with voters. 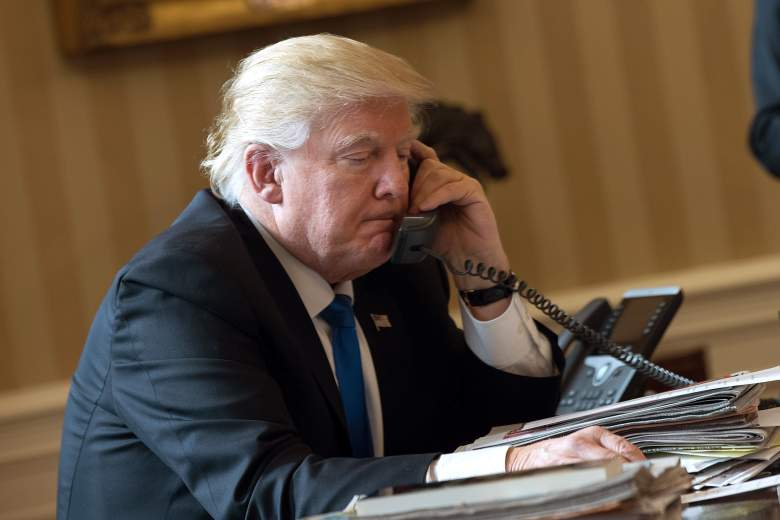 In the most recent polls from Rasmussen, Public Policy Polling, Gallup, Reuters/Ipsos, and NBC News/The Wall Street Journal, President Trump’s average approval rating is 39.92 percent, with the highest number being 43 percent from Rasmussen and the lowest being 38 percent from Gallup. In all of these polls, more than half of the country does not approve of the president. As has been true for the past several months, these numbers are far worse than those of any other president four months into his term. For example, according to Gallup, at this point in 2009, about 66 percent of Americans approved of Barack Obama, and at this point in 2001, 53 percent of Americans approved of George W. Bush. 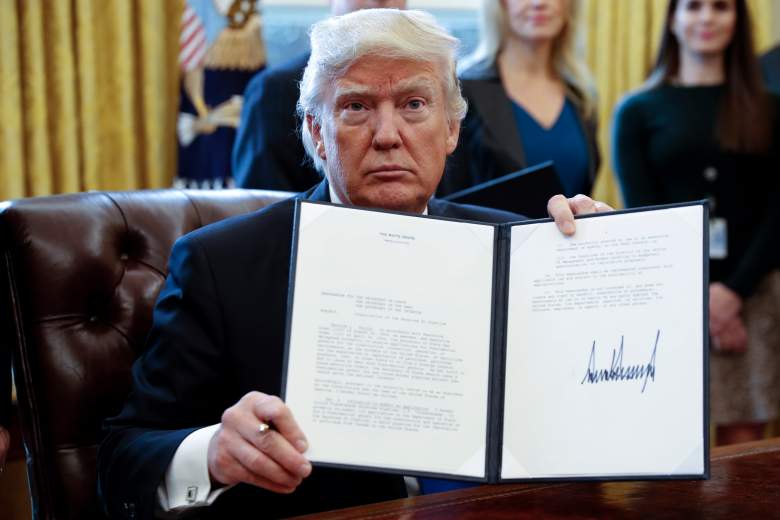 These most recent Trump polls show a decline in popularity taking place following the firing of James Comey. That news story broke on Tuesday, May 9th, and these polls that were conducted after the Comey firing show Trump’s approval rating dropping compared to polls conducted before it. None of these polls were conducted since it was reported that Donald Trump revealed classified information during a meeting with the Russian ambassador and foreign minister, however. They were also conducted before The New York Times’ Tuesday report that Trump tried to pressure Comey to drop his investigation of Michael Flynn. 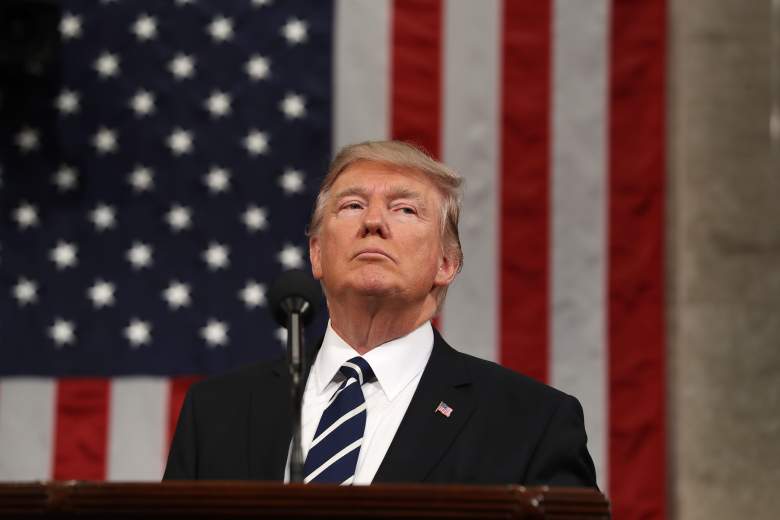 As observed by pollster Nick Gourevitch‏, one interesting long-term trend is a decline in the percentage of Republicans who strongly support President Trump. For instance, in a Quinnipiac poll from February, 75 percent of Republicans said they strongly approve of Trump, but in May, this number declined to 63 percent. These respondents still back the president, and so this does not affect Trump’s approval rating, but it suggests that some on the right are less enthusiastic in their support of Trump than they were when the president was just getting started.

Underrated polling story is the erosion in the intensity of Trump's job approval among Republicans. Shown here across two polls: pic.twitter.com/jmVOe5TzQu 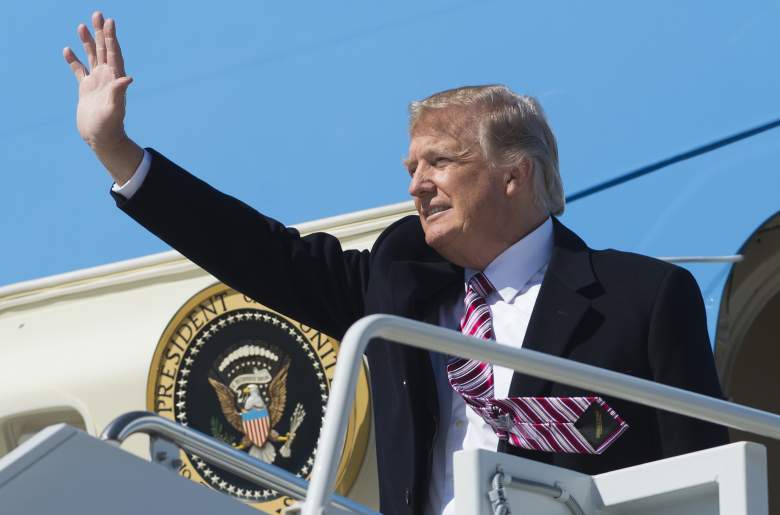 Donald Trump waves as he arrives to Langley Air Force Base in Virginia, March 2, 2017. (Getty)

Betting markets are currently tracking the likelihood of Trump not finishing his first term. On PredictWise, David Rothschild converts data from these betting markets into percentages in order to determine the odds of Trump leaving office in the next few years, whether through impeachment or resignation. Currently, PredictWise has the odds of Trump leaving office during 2017 at 29 percent. This is up from 11 percent the day before the firing of James Comey. It’s also up from 20 percent just yesterday, hours before The New York Times’ report that Trump tried to pressure Comey to drop the FBI’s investigation of Michael Flynn. PredictWise gives Donald Trump a 42 percent chance of making it to 2020, with these odds down from 59 percent the day before the Comey firing, and down from 50 percent on Tuesday afternoon before the report about Trump pressuring Comey to end his investigation.

While these numbers are interesting to track, it’s worth noting that betting markets aren’t always indicative of future events. After all, PredictWise gave Hillary Clinton an 89 percent chance of defeating Donald Trump on November 8th. On Twitter, polling expert Nate Silver said this week that he believes that the odds of Trump leaving office before 2020 are currently far too high, even when they were at 40 percent.

FWIW, I thought 40% was too high before. You'd need 2/3 of the Senate to vote to remove Trump! But I do think the odds have increased… 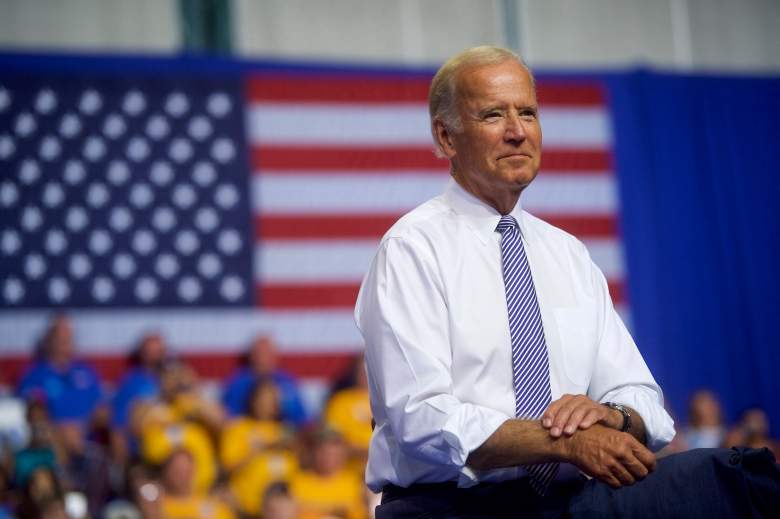 Joe Biden appears at a rally with Hillary Clinton in August 2016. (Getty)

Public Policy Polling recently conducted a survey that found that 48 percent of voters are in favor of impeaching President Trump, while 41 percent don’t want to impeach him. Public Policy Polling has been asking this question for a few months now, and this is the first time that a plurality of people said they support impeachment. In late January, 35 percent of respondents to a Public Policy Polling survey said that Trump should be impeached. In early February, that number was 40 percent, and in mid February, it was 46 percent.

Regardless of what they personally think should happen, 45 percent of respondents told Public Policy Polling that they do not believe Trump will finish his first term, meaning close to all of those who said Trump should be impeached also believe it will happen.

Looking ahead to the 2020 race, Public Policy Polling also found that the potential Democratic candidate who fares the best against Donald Trump is Joe Biden. In the matchup, Biden defeats Trump by 14 points, earning 54 percent of the vote compared to 40 percent for Trump. Meanwhile, Bernie Sanders beats Trump by 13 points, Elizabeth Warren beats him by 10 points, Al Franken beats him by eight points, and Cory Booker beats him by seven points. In addition, Public Policy Polling found that 42 percent of respondents would vote for Dwayne “The Rock” Johnson in 2020 over Donald Trump, compared to 37 percent who would vote for Trump. The Rock in recent weeks has hinted that he might run for president.