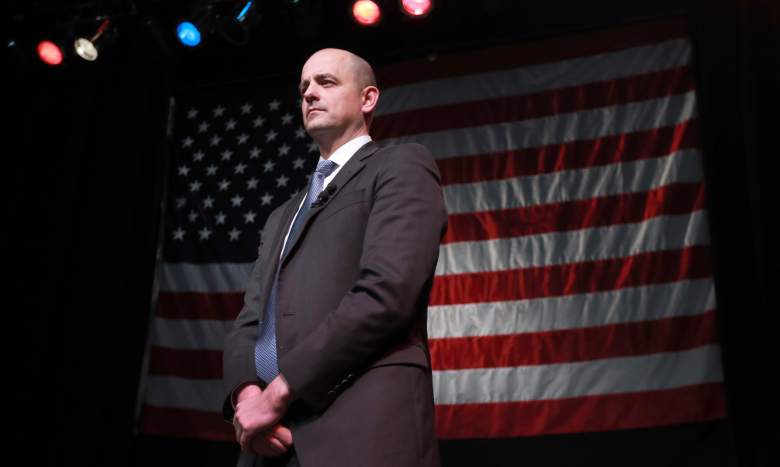 Former CIA agent Evan McMullin, who ran an independent presidential campaign in 2016, blasted President Donald Trump‘s sudden decision on Tuesday to fire FBI Director James Comey. McMullin warned that Trump is “likely” to replace Comey with “one of his most loyal supporters to derail” the investigation into possible ties between Trump’s campaign and Russia during the 2016 election.

In his statement, McMullin wrote that it is “clear” that Trump “must be feeling deeply vulnerable due to the FBI investigation,” adding, “Behind all the smoke about his team’s ties to Russia, there must be fire.”

On Twitter, McMullin wrote that Trump’s firing of Comey “seriously jeopardizes the only credible investigation of Trump/Russia currently being conducted by the government.”

McMullin then asked for a donation to his group, Stand Up Republic, which has been pushing for an investigation into Trump’s possible ties to Russia. Here’s McMullin’s complete statement:

Comey had been leading our government’s only serious investigation into the Trump campaign’s ties to Moscow—and whether or not his team and Putin’s associates colluded to sway the outcome of the 2016 election.

As President, Trump has the authority to replace Comey—and he’ll likely do so with one of his most loyal supporters. In the days, weeks, and months to come, Trump will likely use Comey’s ouster and replacement to derail the FBI investigation.

For Trump to take such a brazen and unprecedented step, it’s clear that he must be feeling deeply vulnerable due to the FBI investigation. Behind all the smoke about his team’s ties to Russia, there must be fire.

For months, Stand Up Republic has been a leader in the push to uncover the truth about Trump’s ties to Moscow—urging Congress to conduct a serious investigation into Russia and Trump.

With Comey’s firing, this scandal has reached fever pitch. If we’re going to get the answers the country needs, we must keep the pressure on Congress to establish an independent commission or select committee to properly investigate.

In 2016, McMullin tried to win his home state of Utah, despite not entering the race until August. He managed to get on the ballot of 11 states and was a write-in candidate in 31 others. He was critical of both Trump and Hillary Clinton, but was more towards harsh Trump. He has called Trump an “authoritarian” and asked Trump to release his tax returns.

McMullin earned 0.53 percent of the total popular vote, falling far short of his goal to keep the two major party candidates from easily winning the election. Still, he used his campaign to launch Suand Up Repiblic to keep tabs on the Trump administration with his vice presidential candidate, Mindy Finn. The group’s mission is “to help Americans stand up in defense of the fundamental principles that have made this country the true home of liberty and a source of hope for many around the world.”

McMullin is a former CIA agent who served as the Chief Policy Director for the House Republican Conference. He left that role in August 2016 to run for President.

There has been talk of McMullin running for Jason Chaffetz’s seat in the House, but he currently faces a daunting task first. The Salt Lake Tribune reports that McMullin is $670,000 in debt thanks to his failed presidential bid. 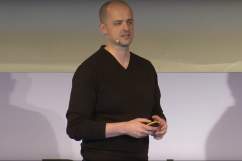 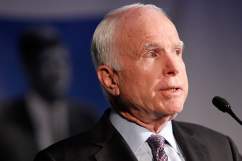