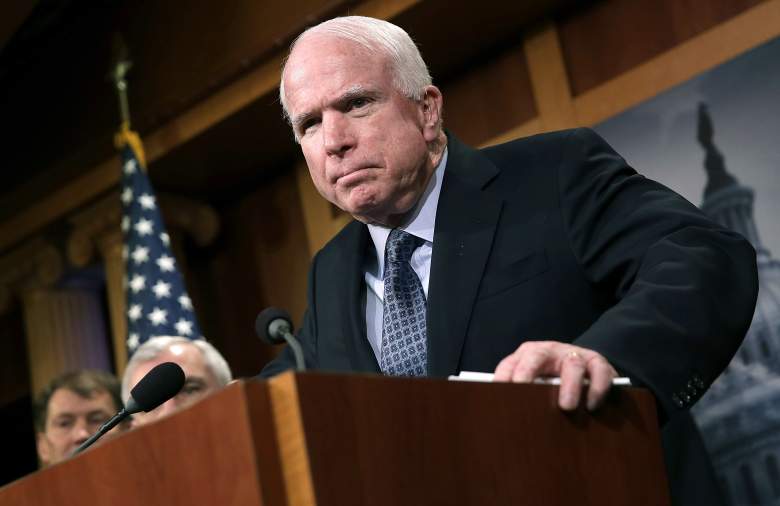 John McCain speaks during a press conference at the U.S. Capitol February 5, 2015 in Washington, DC. (Getty)

While at a dinner on Tuesday, John McCain said that Donald Trump’s various scandals are nearly at the level of Watergate in size and scale.

“We’ve seen this movie before,” McCain said, according to CNN’s Ana Navarro. “It’s reaching Watergate size and scale…This is not good for the country.”

Senator John McCain has long been critical of President Donald Trump, but never before has he come close to suggesting Trump could be impeached or forced to resign from office like Richard Nixon.

In fact, McCain has come to Trump’s defense in some of his recent scandals. For example, when it was reported on Monday that Donald Trump revealed classified information in a meeting with the Russian ambassador and foreign minister, McCain did not compare this to Watergate.

“We certainly don’t want any president to leak classified information but the president does have the right to do that,” McCain said, according to the Associated Press.