Richard Rojas, the U.S. Navy veteran who is accused of driving into a crowd of pedestrians in Times Square, was once arrested for allegedly threatening to kill “all police.”

Twenty-three people were injured in the Times Square incident, and an 18-year-old girl in town from Michigan was killed.

In a news conference, New York Mayor Bill DeBlasio said that the suspect is a U.S. citizen who served in the military and has a criminal history. Police have said early indications are that the Times Square crash was not terrorism-related. Rather, they blame substance abuse.

NBC New York reported that Rojas, 26, of the Bronx, tested zero on a blood-alcohol test after the crash, but ABC 7 is reporting he tested positive for drugs and that police suspect he may have been under the influence of K2, a synthetic marijuana. They are conducting more tests to determine for sure, according to ABC 7.

The suspect “tested positive for PCP and told police that God made him do it,” CNN reported, adding that he expected officers to shoot him. However, authorities have not confirmed that account.

“The perpetrator is in custody. He’s a United States citizen and former member of the armed forces with the United States Navy. He has a criminal history,” the mayor said. 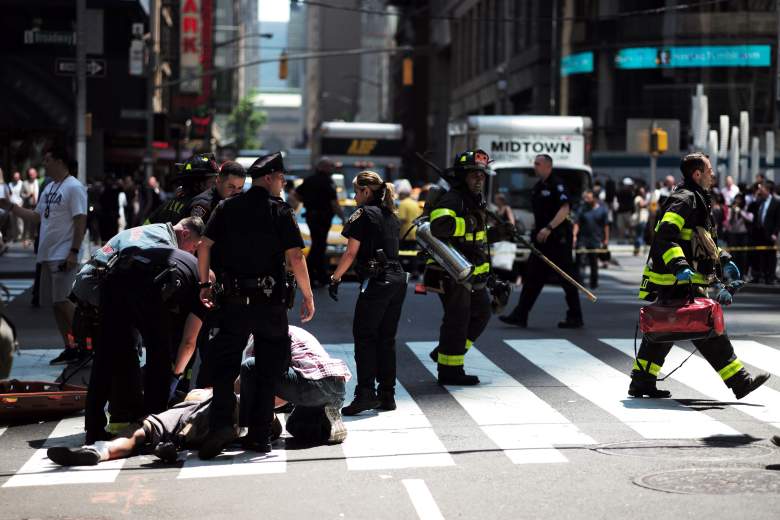 First responders arrive at the scene after a car plunged into pedestrians in Times Square in New York on May 18, 2017. (Getty)

Authorities revealed in the news conference that Rojas has an arrest history, including two DUIs. However, Heavy has learned that he was also arrested while in the Navy.

The 2012 police report from Florida says officers were sent to the Mayport Naval Base after being informed an assault and battery had occurred on base and arrested Rojas. The case was dropped/abandoned in February 2013 for reasons that are unclear.

It stemmed from the alleged assault of a cab driver.

Officers were flagged down by a cab driver and told a green Honda was exiting the base being driven by the suspect. When officers stopped the car, they observed Rojas with an abrasion on his right hand. He yelled, “My life is over,” the report alleges.

The cab driver told police the suspect had attacked him after he refused to pay $44 cab fare. The report said Rojas was active duty Naval personnel.

“The suspect also made threats to kill all police and military police he might see after he (was) released from jail,” alleges the arrest report.

The report says Rojas allegedly “told the victim to follow him into the barracks to get money to pay him, and at that time Rojas attacked him.”

According to DNAInfo, Rojas “enlisted in the Navy on Sept. 17, 2011, and spent the next four months stationed in Illinois, Navy officials said.” He was stationed in Jacksonville, Florida “from January 2012 through to June 2013 when he reached the rank of Electrician’s Mate Fireman Apprentice and was stationed in the Naval Consolidated Brig in Charleston, South Carolina.” He was moved back to Jacksonville in 2013, the site reports.

He was “other than honorably discharged” in 2014.

The crash in Times Square was horrific. Authorities accuse Rojas of speeding the wrong way down Seventh Avenue and then jumping a curb with his car into a crowd of pedestrians, killing 18-year-old Alyssa Elsman of Michigan and injured 22 others.

Alyssa Elsman, who died in the Times Square crash.

A witness told Fox News that she saw “clumps of people down.”

You can read more about Alyssa Elsman here: 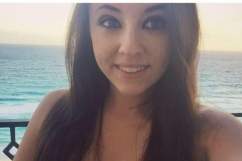