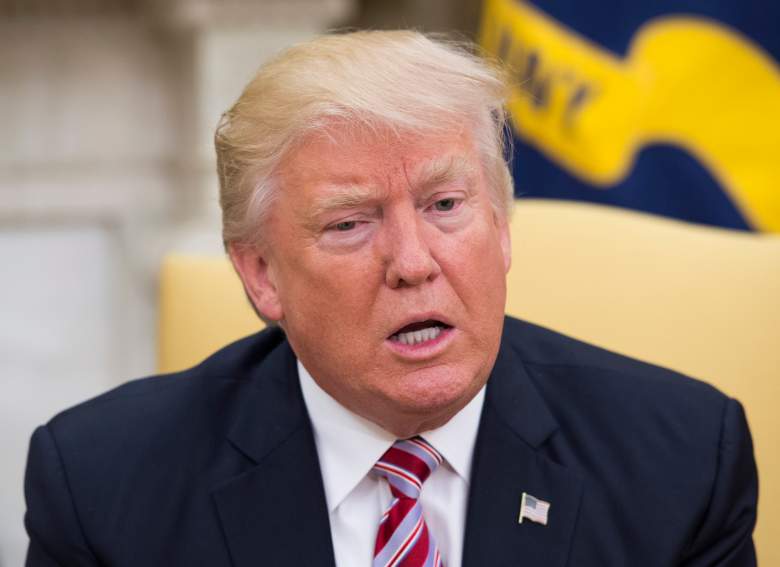 A bombshell report by The Washington Post on Monday revealed that President Donald Trump shared classified information to Russian officials during a meeting in the Oval Office on May 10.

Sources told The Post that Trump revealed “highly classified information” to both Russian Foreign Minister Sergei Lavrov and Ambassador Sergey Kislyak in a meeting at the White House last week. Trump reportedly “went off script” and started discussing information related to the Islamic State and the threat of using laptop computers on aircraft.

Former and current U.S. officials said in the article that the disclosures by Trump “jeopardized a critical source of intelligence on the Islamic State.”

The specific information Trump willingly revealed is said to have been relayed by a partner of the U.S. through an intelligence-sharing arrangement. That partner reportedly didnt give the White House approval to share the information with Russia.

What was disclosed is said to be “so sensitive that details have been withheld from allies” and has been described by one official as “code-word information.”

The White House has strongly debunked the report, saying that Trump and the two officials only spoke about common threats to ISIS.

White House National Security Adviser H.R. McMaster, who was present in the meeting, said in a briefing outside of the White House on Monday night that The Post‘s report “is false.”

“At no time were intelligence sources or methods discussed, and the president didn’t disclose any military operations that were not already publicly known,” he said. “I was in the room, it didn’t happen.”

Under U.S. law, disclosing classified information is illegal. But is it illegal for Trump, the 45th president of the U.S., to share such information?

The answer is no, it doesn’t violate law. It’s not illegal for the president of the U.S. to do so. In fact, Trump is the only person in the government that can reveal whatever information he wants without legal repercussions. He has the power to declassify information about national security matters “at his whim,” legal experts told NBC News.

Usually when a president decides to do so, however, it’s in a more calculated way and typically requires an analysis by lawyers. It’s usually only used to reveal information that serves the public interest.

The Post reported that after Trump met with the officials, the White House tried to take steps to contain what he had done by contacting the CIA and the National Security Agency.

Crooked Hillary Clinton and her team "were extremely careless in their handling of very sensitive, highly classified information." Not fit!

During that interview, Trump spoke to Tucker Carlson and said that the CIA had been hacked during President Barack Obama‘s administration.