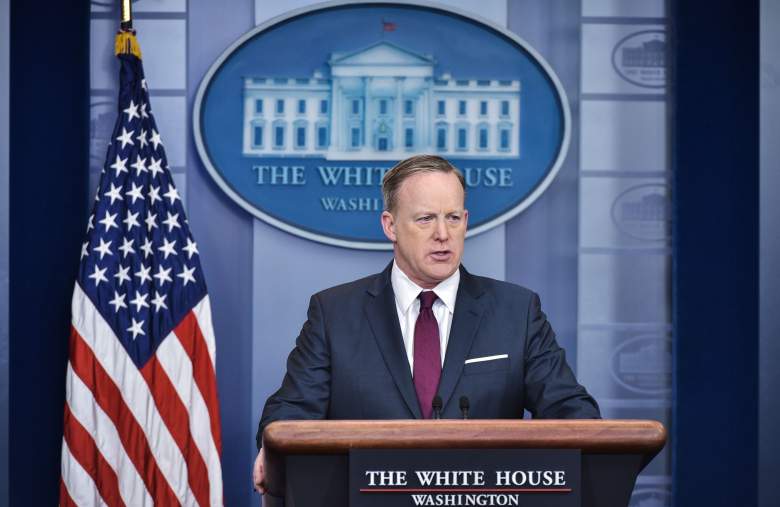 In his place will be Sarah Huckabee Sanders, the deputy White House press secretary, who previously filled in for Sean Spicer on Friday, May 5th. So where is Sean Spicer today? Why isn’t he the one briefing the press?

Spicer told The New York Times on Tuesday that he will not be delivering the press briefing because he has Navy Reserve duty, which had previously been scheduled for today.

However, as pointed out by CNN, Spicer’s Navy Reserve duty can be rescheduled when need be.

According to Politico, Sarah Huckabee Sanders will be filling in for Sean Spicer for the remainder of this week; Politico notes that President Donald Trump was pleased with her performance when she filled in for Spicer last Friday.

Spicer joined the U.S. Navy Reserve in 1999, and in 2012, he received his master’s degree in national security and strategic studies from the Naval War College.

Spicer currently holds the rank of commander, and he is assigned to the Joint Staff’s naval reserve contingent in Washington, D.C, according to The Military Times. Spicer has previously been a media planner during joint exercises in Guam, Germany and Sweden.

The White House press secretary has had Navy Reserve duty a number of times recently; in April, a photo of Spicer in his Navy uniform at the Pentagon was posted on social media.

Sarah Huckabee Sanders is the daughter of former Arkansas Governor Mike Huckabee. She worked as a senior advisor during the Donald Trump presidential campaign, often speaking on behalf of the campaign in interviews.