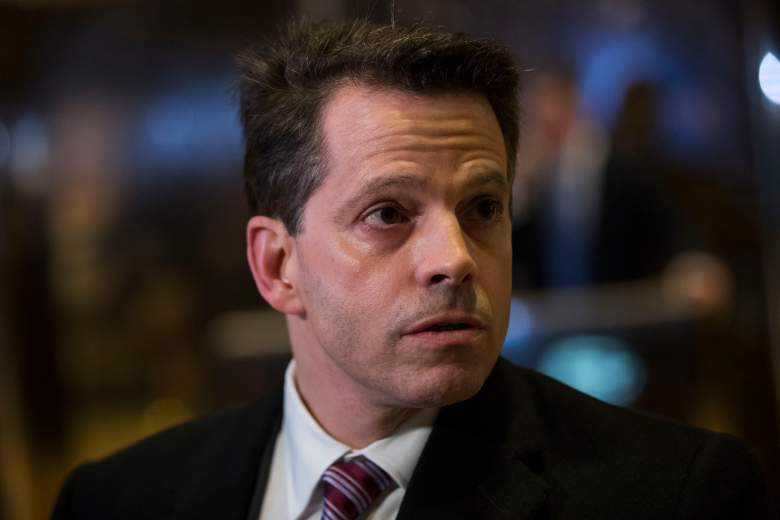 Anthony Scaramucci, who was once a senior adviser on Donald Trump’s transition team, has accepted the job of White House communications director, according to CNN.

The position has been vacant since longtime Republican strategist Mike Dubke resigned in late May after about three months on the job, leaving White House press secretary Sean Spicer to take on many of those duties.

Scaramucci steps into the role a month after he started working as vice president and chief strategy officer at the Export-Import Bank.

Scaramucci, who is on the Board of Advisors for the School of Arts and Sciences at Tufts University and the Harvard Law School Leadership Council, has a net worth of $600 million, according to Celebrity Net Worth.

Here’s what you need to know about Scaramucci: 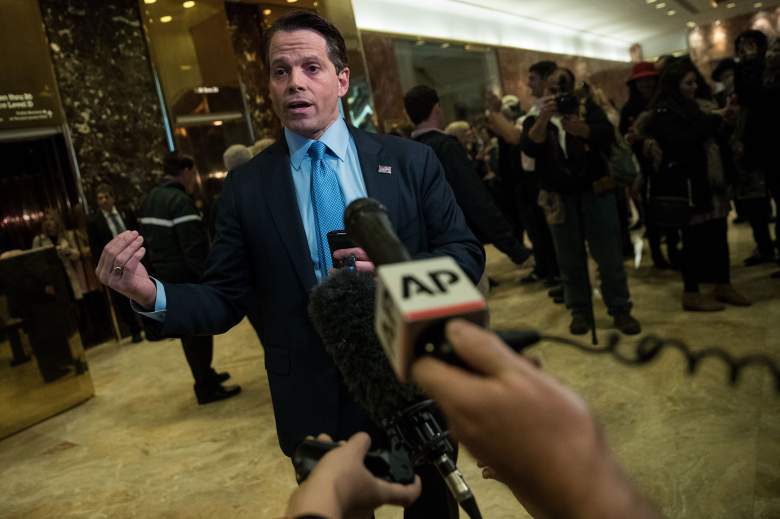 In 2005, Scaramucci founded SkyBridge Capital, a global alternative investment firm. He sold the company a few days before Trump’s inauguration in January. The buyers were RON Transatlantic Advisors and HNA Captial of New York. Sales terms were not disclosed, though the asking price was thought to be in the $250 million range, according to CNBC.

Scaramucci is a contributor to the Fox Business Network, Fox News Channel and co-host of Wall Street Week. 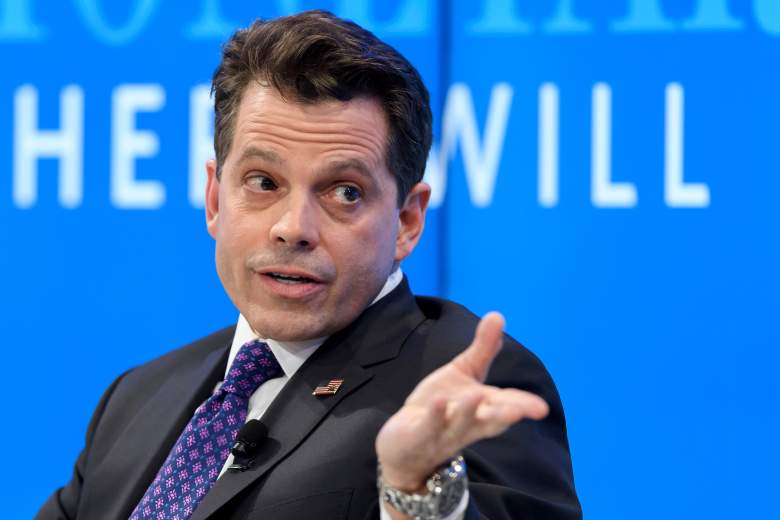 Prior to joining Trump’s political campaign as a member of the Trump Finance Committee, Scaramucci endorsed Scott Walker and Jeb Bush in the 2016 election.

He was named to President-elect Trump’s Presidential Transition Team Executive Committee, in November 2016. He was then named Assistant to President Trump and Director of the White House Office of Public Liaison and Intergovernmental Affairs.

According to The Washington Post, Scaramucci appeared set to take a position at the White House coordinating the administration’s engagement with the U.S business and political community, a job comparable to the position held by powerful Barack Obama adviser, Valerie Jarrett.

The job never materialized due to an ethics conflict related to the sale of SkyBridge Capital, according to Rueters. HNA Group, is a politically connected Chinese group and became SkyBridge’s majority owner. 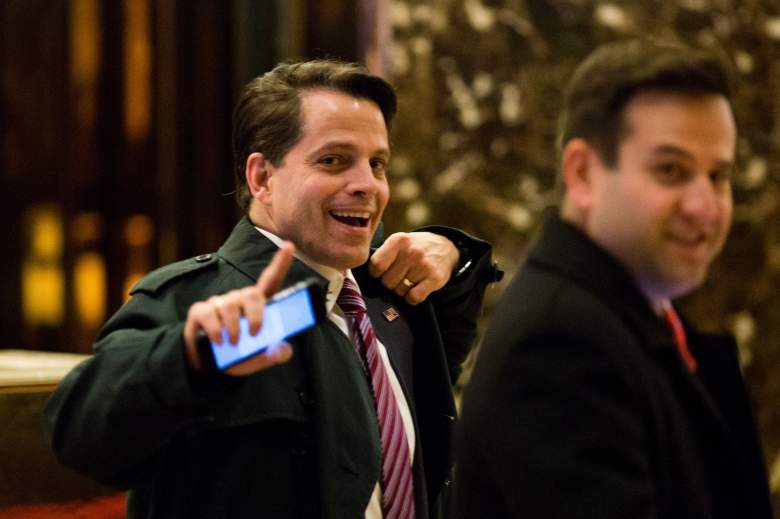 Scaramucci, a native of Long Island, New York, holds a B.A in Economics from Tufts University and a J.D. from Harvard Law School. In 2011, he received Ernst & Young’s Entrepreneur Of The Year – New York Award in the Financial Services category. In 2015, Scaramucci was ranked 91 in Worth Magazine’s Power 100: The Most Powerful People in Global Finance.

Scaramucci has authored the books The Little Book of Hedge Funds, Goodbye Gordon Gekko: How to Find Your Fortune Without Losing Your Soul and Hopping Over the Rabbit Hole: How Entrepreneurs Turn Failure into Success. 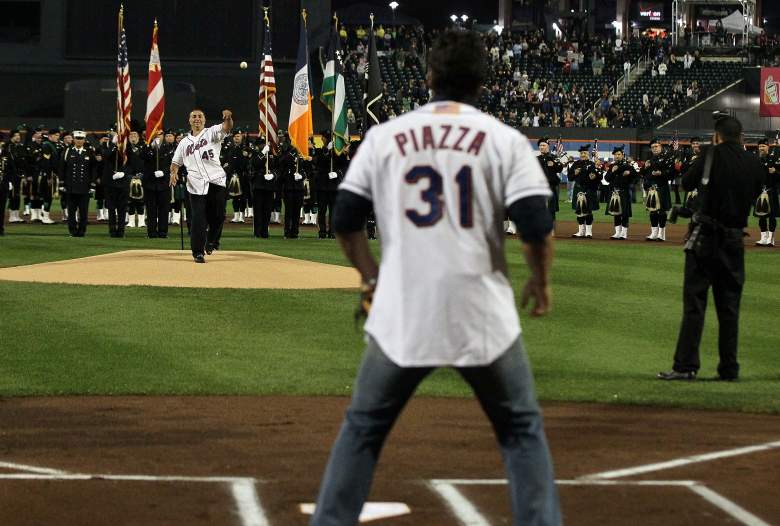 In 2016, Scaramucci, Tony Lauto and an anonymous third business partner, all big Mets fans, paid $365,000 to buy back the Mike Piazza 9/11 jersey from a private seller.

It is the jersey Piazza wore the night of Sept 21, 2001, when he hit a dramatic two-run home run against the Braves and helped to get New York back on its feet again, after the 9/11 terrorist attacks, according to The New York Post.

Scaramucci and Lauto worked hard to get the jersey, so it could spend time at Citi Field, the 9/11 Memorial Museum and the National Baseball Hall of Fame in Cooperstown.

“We had too many friends die in those buildings to let that jersey go anywhere else,” Scaramucci told The Post. “Tony and I wanted to make sure that jersey stays in New York.”

Huge thanks to Anthony & Tony for coming through!My family & I couldn't be more pleased knowing the jersey will be where it belongs.Thank u!

5. Scaramucci Once Spoke Poorly Of Trump

Prior to joining the Trump team, Scaramucci had some choice words for Donald Trump. In 2015, on a Fox Business Network show, Scaramucci referred to Trump as a “hack.” Scaramucci was responding Trump’s comments about “hedge fund guys.”

“The hedge fund guys are paying nothing,” said Trump. “And, what are they doing? You know it’s one thing if your building buildings. I’ll take a little bit of something. You build buildings, you put people to work. These hedge fund guys, they move around papers.”

Scaramucci responded to the comments:

That’s another hack politician. He’s probably going to make Elizabeth Warren his vice-presidential nominee, with comments like that. It’s anti-American, it’s very, very divisive. And, I’ll tell you who he’s going to be president of. You can tell Donald I said this. The Queens county bullies association. You gotta cut it out now and stop all this crazy rhetoric, spinning everybody’s head around.

The entire video of Trump’s and Scaramucci’s comments can be viewed above.

Loading more stories
wpDiscuz
1
0
Would love your thoughts, please comment.x
()
x
| Reply
Anthony Scaramucci will be named ambassador to the Organization for Economic Cooperation and Development by Donald Trump, a White House official said on Thursday. Find out more about Scaramucci here.