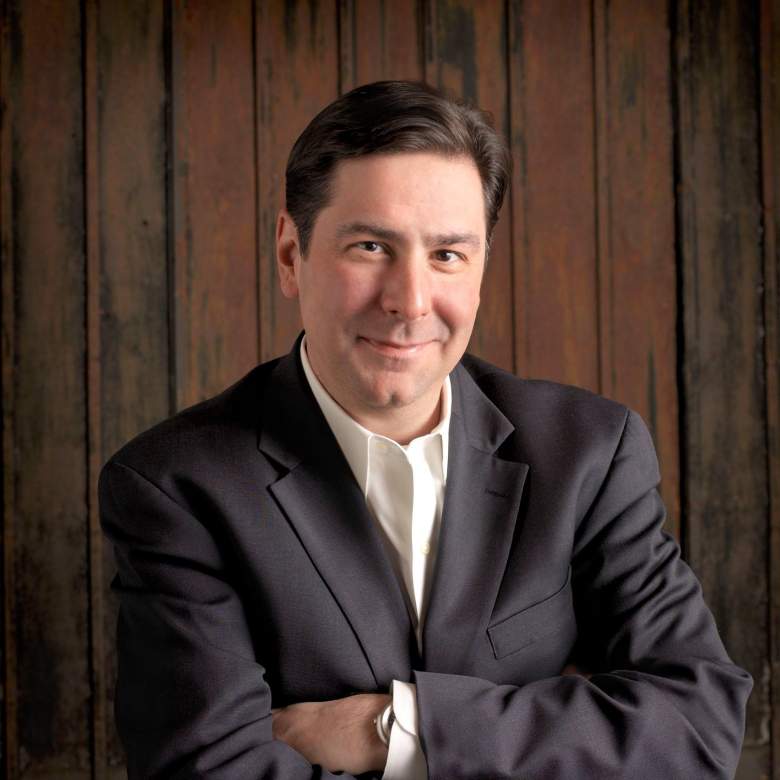 Bill Peduto is the current mayor of Pittsburgh. (Facebook/Bill Peduto)

Bill Peduto, the mayor of Pittsburgh, Pennsylvania, is pushing back against President Donald Trump’s withdrawal from the Paris Climate Agreement.

So who is Bill Peduto, the mayor of Pittsburgh fighting back against Donald Trump this week? Here’s what you need to know.

Hey Pittsburgh – polls are open until 800PM – Get Your Vote On! pic.twitter.com/uAqt28ktSw

Bill Peduto is a Democrat, and he has served as the mayor of Pittsburgh for three years.

In late 2012, Peduto said that he would be running in the Democratic primary to challenge incumbent Mayor Luke Ravenstahl, who had been in office since 2006. However, Luke Ravenstahl ended up announcing in 2013 that he would not seek re-election. From there, in the Democratic primary, Peduto’s main opponent was former Pennsylvania Auditor General Jack Wagner, and Peduto ultimately won with 52 percent of the vote.

Peduto is up for re-election in November 2017. He defeated two challengers in the Democratic primary, and he has no Republican opponent in the general election.

2. He Has Been a Supporter of Ride Sharing Services But Says They Must Improve Worker Conditions

Thank you #FutureFest17 & all the organizations/ people who are working to make Pittsburgh a just, sustainable city. pic.twitter.com/gPJ14KV4Fl

As mayor, Bill Peduto has supported ride-sharing services like Uber and Lyft.

In 2014, the Pennsylvania Public Utility Commission’s Bureau of Investigation and Enforcement issued cease and desist orders aimed at ride sharing services, but Peduto came out in support of these companies.

“Technologies like ride sharing evolve with the times, and state regulators must, too,” Peduto said, according to the Pittsburgh Post-Gazette

However, the relationship between ride-sharers and Mayor Bill Peduto took a turn in 2017 when Peduto said that these companies have “a moral obligation to provide societal benefits.”

Peduto later told The Wall Street Journal that Uber must sign an agreement to ensure better working conditions for Uber drivers. He also said that he was drafting an agreement requiring Uber to treat its workers like employees and not like independent contractors.

3. He Was Once on ‘Undercover Boss’

Bill Peduto once appeared on Undercover Boss, the TV series on which bosses disguise themselves as regular employees in order to see how their businesses are truly operating.

In the show, Peduto appears in disguise as Ed Chadwick, a municipal worker. He’s ultimately revealed by an employee named Marty Nasiadka, who told CBS that he recognized Peduto from political events. He also told CBS that he could tell Peduto was not who he said he was because he was not able to operate a chainsaw.

“He could never be a laborer,” Nasiadka said. “From the other show, he couldn’t be a carpenter either. As he said, he’s probably better in the office than out in the field.”

As part of the show, four employees that Peduto interacted with were given large bonuses, and some of that money came from VisitPittsburgh, Pittsburgh’s tourism promotion agency. After the show aired, Allegheny County Controller Chelsa Wagner criticized Peduto and expressed concern that taxpayer money was used.

“I think it’s the first time that any politician has ever been accused for lining someone else’s pocket,” Peduto said at the time, according to WTAE-TV Pittsburgh.

Peduto said that he hoped to highlight what makes Pittsburgh great during his appearance.

“My hope all along was to highlight what makes Pittsburgh and its workers special, and the show did that in ways I never could have dreamed,” Peduto said, according to the Pittsburgh Post-Gazette. “For those who didn’t already know, ‘Undercover Boss’ showed the world the greatness we see and live in our city every day.”

4. He Criticized Trump in a Campaign Ad & Has Spoken Out Against the Travel Ban

Bill Peduto earned some attention in the Pittsburgh 2017 Democratic mayoral primary when he released an ad criticizing not his opponents, but President Donald Trump, positioning himself as the candidate who would best stand up to the president. This was the very first ad of the 2017 mayoral election in Pittsburgh.

In the ad, Peduto says that Trump wants to make America great again, but the city of Pittsburgh defines greatness.

“Mr. President, if you keep trying to cut health care and after school programs, even a Patriots fan like you should know that that won’t play in Pittsburgh,” Peduto said.

It made sense for Bill Peduto to run as an anti-Trump candidate, as Pittsburgh is not a city that is generally fond of the president. In November, Hillary Clinton won 56 percent of the vote in Allegheny County, where Pittsburgh is located.

Bill Peduto also criticized Donald Trump when the president signed his executive order on immigration back in January. At the time, Peduto said that the order would only divide Americans and not make them safer.

“Let’s be clear: the President’s executive order will not make us safer,” Peduto said in a statement. “It will not advance the principles upon which our nation and our cities were founded. It will further divide us as a city and as a nation.”

Peduto went on to say that Pittsburgh has always been a welcoming city, and it will remain one in the future.

“Pittsburgh is, has been, and always will be a welcoming city and a diverse city,” the statement said. “It’s in our nature. We are a tough city, a blue collar city and a city with a big heart. We will continue to show everyone the respect and compassion they deserve – regardless of who they are, where they’re from, who they love or how they found their way to our beloved city.”

5. He Says That Pittsburgh Will Still Follow the Guidelines of the Paris Agreement

Bill Peduto, who has spoken in the past about the need to combat climate change, has pledged that the city of Pittsburgh will continue following the guidelines of the Paris Agreement.

“I was one of the nation’s mayors who went to Paris to fight for the accords, and my city, which has finally bounced back from decades of industrial carnage, will do all it can to promote its own environmental standards,” Peduto said in a statement.

Peduto also said that he is horrified that his city was used as an example by President Donald Trump.

“President Trump’s decision is disastrous for our planet, for cities such as Pittsburgh, to the commitments the United States made to the rest of the world, and to our responsibility to save the globe for future generations,” Peduto said in a statement. “The President has made America weaker, and the world less safe. I’m appalled that the President used my city to justify his unacceptable decision, as most other Pittsburghers are.”

CORRECTION: An earlier version of this post stated that the 2013 Pittsburgh mayoral election was a race between Bill Peduto and Joshua Wander. Also in the race was independent candidate Lester Ludwig. A Pittsburgh newspaper was also misidentified; it is the Pittsburgh Post-Gazette, not the Pennsylvania Post-Gazette.