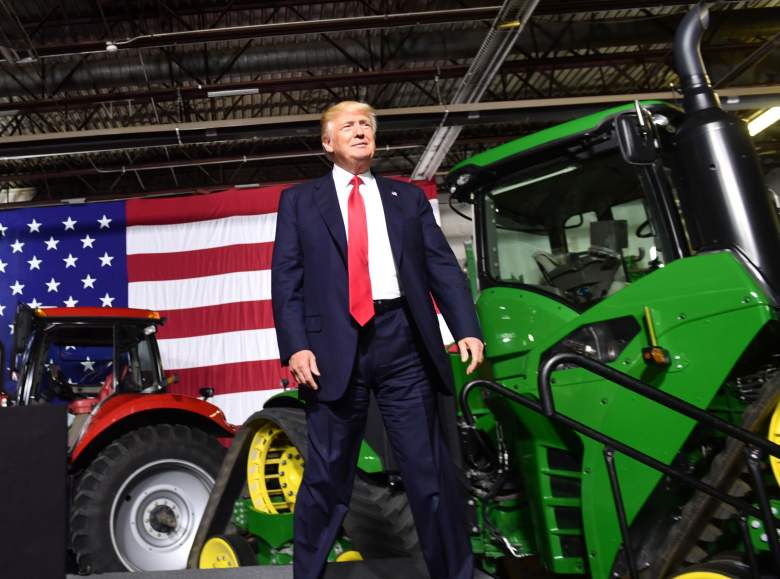 President Donald Trump is holding a rally in Cedar Rapids, Iowa today. The rally looks like it’s going to have a big attendance. The rally began at 7:00 p.m. Central, but people were lined up hours earlier just to get a seat. In fact, some reported that the line to the Cellular One Center was over a mile long four hours or more before the event was even scheduled to begin. Some people even camped out overnight to make sure they got a seat. The rally was actually Trump’s second appearance in Cedar Rapids for the day. Earlier he made an appearance at Kirkwood Community College, which was a last-minute addition to his schedule.

Some Supporters Camped Out Overnight So They Could Get Seats

The appearances occurred during Trump’s “Technology Week”, which he kicked off by meeting with tech leaders invited to join his American Technology Council. In Cedar Rapids, he toured agricultural facilities, followed by giving a speech at the U.S. Cellular Center. His focus was on helping businesses grow and discussing how technology can help with food production, harvesting, and marketing.

Thousands lined up for hours to attend, braving the rain, and some even camped out overnight to ensure they got seats:

One Trump supporter shared why he camped out overnight:

Why camp out over night in downtown Cedar Rapids to watch President Trump speak for the 27th time? This man will tell you. #TrumpIA pic.twitter.com/imhDxSAPLf

Here are some more photos of people waiting for the rally to begin: 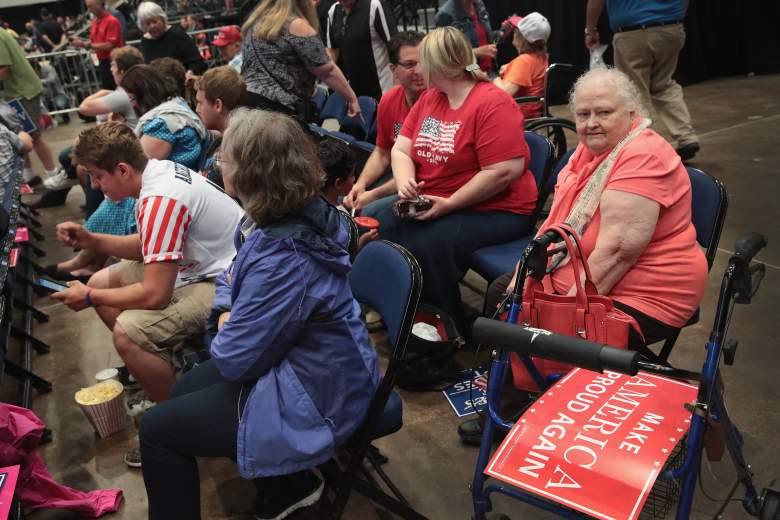 Guests wait for the start of a rally with President Donald Trump on June 21, 2017 in Cedar Rapids, Iowa. Trump is expected to speak about technology and agriculture issues at the rally. (Getty) 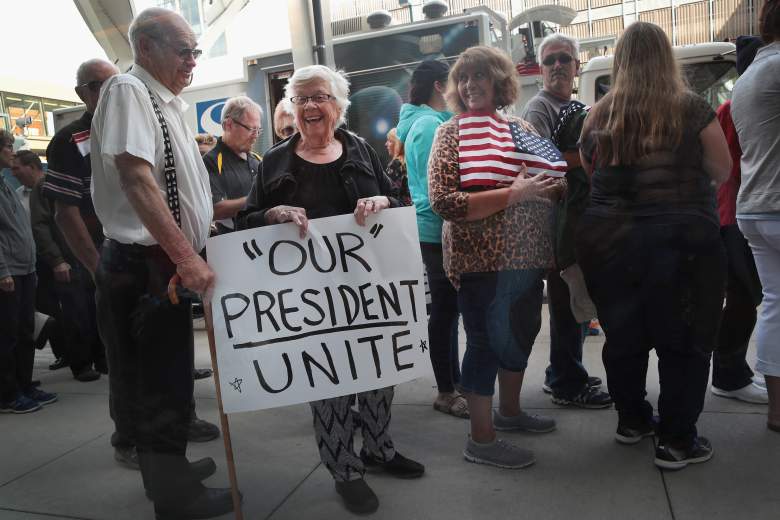 Guests arrive for a rally with President Donald Trump on June 21, 2017 in Cedar Rapids, Iowa. (Getty)

On Reddit, one poster from r/TheDonald kept a running update about the rally, sharing photos of the long line to get in and talking about other things that were happening. You can read more on the Reddit thread here. One photo he shared of the massive line of people waiting to attend is below: 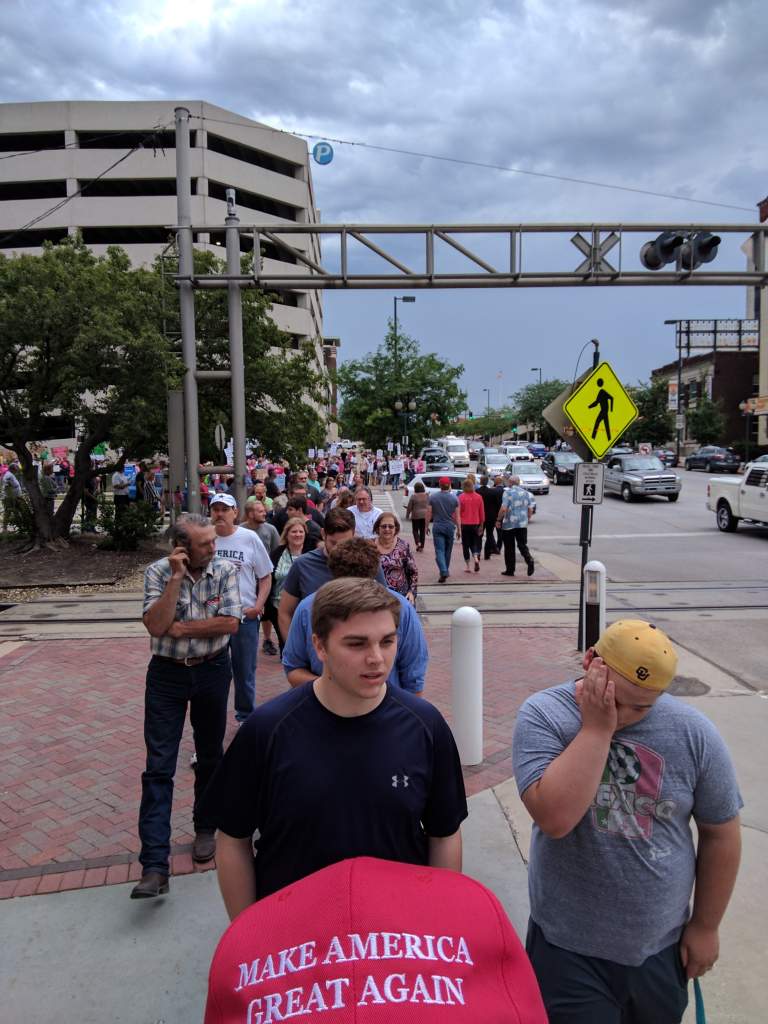 About 5,000 People Attended the Trump Rally

Jennifer Jacobs of Bloomberg News shared that about 5,000 people were attending the rally:

A crowd of about 5,000 waiting for Trump at a campaign rally in Cedar Rapids — his first trip here as president. pic.twitter.com/ybbrhvzTJd

People attending the rally enthusiastically shared photos and videos from the event:

You can see a massive crowd of people, showing how the arena was filled with supporters, in a photo below shared on Reddit by Ivaginaryfriend:

Some people got really creative at the rally, even coming in costume. One person came dressed as Abraham Lincoln:

Even Abraham Lincoln is waiting in line for the @POTUS visit to Cedar Rapids.
Trump Rally Cedar Rapids, IA. pic.twitter.com/Qci4PiKyYX

And another photo of the man dressed as Abe Lincoln: 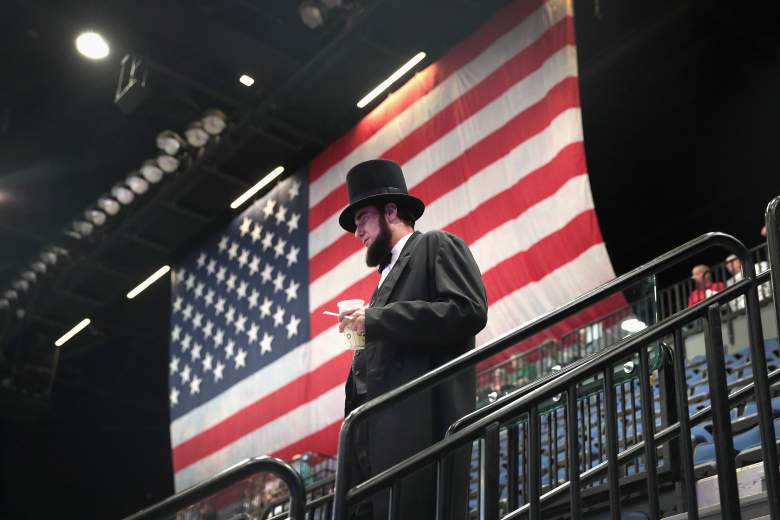 A man dressed as Abraham Lincoln arrives for a rally with President Donald Trump on June 21, 2017 in Cedar Rapids, Iowa. (Getty)

Here’s another photo from the event:

Coinciding with the rally was a protest held at 1st Avenue, which began around 5 p.m. Police advised local residents that unless they were planning to go to the rally or the protest, they should avoid 1st Avenue because of the big increase in traffic and the increased police presence. It’s unclear how many attended the protest, but 842 RSVP’d that they planned to attend via Facebook.

OMG look at this sign from a protester at the Trump Rally in Cedar Rapids. "How am I supposed to eat when you take my EBT." WTF!! #trumpincr pic.twitter.com/AD8GZ3DNve