The actor was found dead in a Palo Alto hotel by maid service, according to TMZ. Police do not expect foul play, but the specific cause of death is unclear at this time. Heard’s rep has said that John underwent back surgery on Wednesday at Stanford Medical Center, and was staying at the hotel to recover.

Read on to learn more about his kids and family.

1. He Was Married and Divorced Three Times

Undated file photo shows US actress Margot Kidder, 47, who was found 24 April after missing for thee days. She was found in Glendale, a suburb of Los Angeles, by a resident in his backyard, looking dirty, unkempt and missing two front teeth. Margot, who is known for her role as Lois Lane in the 1978 film “Superman”, was taken to an undisclosed facility for a 72-hour psychiatric evaluation.

Heard was married and divorced three times in his life. For six days in 1979, he was married to actress Margot Kidder, who played Lois Lane in the Superman franchise opposite Christopher Reeve.

From 1988 to 1996, the actor was married to Sharon Heard. They had two children together– Max and Annika Rose. It was during his marriage to Sharon that Heard starred in his biggest projects– Big with Tom Hanks, and Beaches with Bette Midler. In 1990, while still married to Sharon, he filmed Home Alone and Home Alone 2. Sharon and John divorced in 1996.

In 2010, he married his third and last wife, Lana Pritchard. The marriage did not last long; the couple divorced that same year and had no children together.

On December 6, 2016, John’s son Max died in his sleep. The specific cause of death is unclear.

According to an obituary written by Sharon, Max “was in deep grief of not having a father participating in his life”. She says that she did everything to help him, “but the agony was with him.”

The obituary continues, “Max loved music, he loved his friends, and strangers as well. Max adored writing, philosophy, nature, and Dexter. He enjoyed helping friends. He was a young man who spoke few words, but his wisdom was astounding.”

Heard was born and raised in Washington, DC. His mother, Helen, was involved in the arts, and his father, John Sr., worked for the Secretary of Defense.

Heard had two sisters– Cordis and Lise– the former was an actress. His brother, Matthew, was killed in a car accident in 1975. 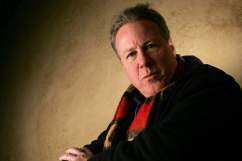 4. He Has One Child With His Ex-Girlfriend Melissa Leo

Actress Melissa Leo attends the premiere of Showtime’s “I’m Dying Up Here” at DGA Theater on May 31, 2017 in Los Angeles, California.

Heard’s third child, John “Jack” Matthew Heard, was with his ex-girlfriend, Melissa Leo, who won an Oscar for Best Supporting Actress in 2010 or her work as Alice Eklund-Ward in The Fighter.

Heard had a very tumultuous relationship with Leo. In 1991, he was charged with third-degree assault for allegedly slapping her.

According to an article documenting the arrest, he was arrested in the lobby of his Upper West Side Manhattan apartment building. In 1994, Lee was awarded custody of Jack after a nefarious battle in court.

Five years later, Leo accused Heard of stalking their son, Jack, who was just 9 at the time, herself, and a new boyfriend. Heard was then formally charged in 1997.

According to The Baltimore Sun, Lee and Heard’s relationship lasted three years.

Loading more stories
wpDiscuz
0
0
Would love your thoughts, please comment.x
()
x
| Reply
'Home Alone' actor John Heard has passed away at age 72. Here's everything you need to know about his family and children.