Facebook A view of the New Mexico Border Patrol checkpoint from the car of Shane Parmely, a San Diego teacher who was detained with her children for more than an hour for refusing to answer questions.

A San Diego teacher and her children was detained for more than an hour at a Border Patrol checkpoint in New Mexico after refusing to answer agents questions about her citizenship.

Shane Parmely posted a series of videos from the incident on Facebook on July 21, which have since gone viral, with some praising her actions as a protest of unjust practices by the Border Patrol and others calling her a traitor, un-American and and entitled, law-breaking liberal.

Parmely is an English learner support teacher with the San Diego Unified School District, according to her Linkedin profile.

You can watch the videos of her interactions with the Border Patrol agents below:

Parmely can be seen in the video being stopped at the checkpoint and asked by an agent if she and her children are citizens. She asks the agent if they are crossing a border, and he says no. She then asks why she is being questioned about her citizenship and refuses to answer. The agent then says she is being detained for an immigration inspection.

Parmely responds, “So if I just come through and say, ‘Yes, I’m a citizen,’ I can just go ahead”

The agent said that if the agent is justified by the answer, he or she can allow the person to continue.

“So if I have an accent, and I’m brown, can I just say, ‘Yes,’ and go ahead or do I have to prove it?” she asked. “I have a bunch of teacher friends who are sick of their kids being discriminated against.”

Parmely also posted another video on July 23 that she forgot to post on Friday.

“Turns out 2 other cars also refused to answer and were detained that day. We only saw brown people get asked to show papers,” she wrote in the caption of that video, which you can watch below:

In another post she wrote, “Basically, make sure you have a full tank of gas to keep your air conditioner running, some water and some snacks. I also recommend a pillow cuz this was a great place to take a nap. And they do have bathrooms in the cells where they hold people when they pull them out of their cars (my son got to use it).”

Border Patrol checkpoints are a critical tool for the enforcement of our nation’s immigration laws. At a Border Patrol checkpoint, an agent may question a vehicle’s occupants about their citizenship, place of birth, and request document proof of immigration status, how legal status was obtained and make quick observations of what is in plain view in the interior of the vehicle.

During the course of the immigration inspection, if an occupant refuses to answer an agent’s questions, the agent may detain the driver for a reasonable amount of time until he or she can make a determination regarding the occupant’s immigration status. 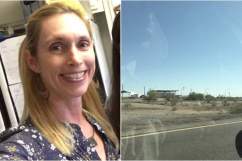 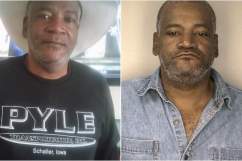 Read More
Breaking News, Immigration, San Diego, Video
wpDiscuz
7
0
Would love your thoughts, please comment.x
()
x
| Reply
A San Diego teacher, Shane Parmely, was detained with her children for more than an hour at a Border Patrol checkpoint in New Mexico after refusing to answer questions.