A high school student is in custody after multiple people were shot inside of a library in New Mexico. The person in custody is high school sophomore Nathaniel Jouett, 16. The horror unfolded inside of the Clovis-Carver Library at around 4 p.m. local time on August 28. The town of Clovis is the eastern part of New Mexico, close to the Texas border. It is 200 miles east of Albuquerque.

Initially, it has been reported that six people were shot in the library, two of those people have died. Four women were shot and two men, both of the fatalities were women. The have been named as librarians Krissie Carter, 48, and Wanda Walters, 61.

1. Hours Before the Shooting, Jouett’s Girlfriend Wrote About the Suspect: ‘Luckiest Girl Alive… Thank You for Being in My Life

Less than 24 hours before the shooting, Jouett’s girlfriend posted photos of the couple together. In the captions, the girlfriend wrote that she was the, “Luckiest girl alive… Thank you for everything you do and thank you for being in my life.” Jouett wrote, “Thank you” accompanied by a love heart.

His girlfriend includes Jouett’s last name as her last name on Facebook. The couple has been together since May 2017.

On August 24, Jouett’s girlfriend posted a meme to her page that read, “My goal in a relationship is to help my man become a better person, keep him out of trouble and show him things about himself he never realized.”

Another friend, Bonetta Hutson, told the Albuquerque Business Journal, “I know last week… he was jumped in a bathroom. And then he got into a fight on Friday and was suspended for two days.” 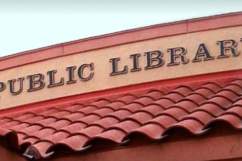 2. Jouett Was Suicidal According to His Pastor

In an interview with the Albuquerque Business Journal, pastor at the Living Word Church of God, David Stevens, who is also Jouett’s girlfriend’s father, said that on August 27, Jouett had leave Sunday school due to an anxiety attack. Stevens said that the fight at school had “upset” Jouett. Stevens said, “He said he tried to avoid it. He knew that’s not what he was supposed to be doing.”

Stevens said that it was his daughter who brought Jouett into the church. During their relationship Stevens said that Jouett, during phone conversations, would lay “with a gun at his side and a suicide note in his pocket.” Stevens added that Jouett had a “very hard life” and was “making positive strides” having joined the church in May 2017.

According to a post on Jouett’s stepmother, Nicole Jouett’s, Facebook page, Jouett went missing on July 18. His father, Chris, commented on the thread that his son was found on July 19. Jouett’s girlfriend wrote on Facebook when he was found, “Thank you everyone how prayed and searched for Nathan he has come home safe. Really blessed he wasn’t hurt thank you God for keeping him safe through the night.”

Chris Jouett remarried in 2009. Jouett’s mother is Jessica Reynolds, maiden name Romero. She is now married to a woman. Stevens told KOB4 that Jouett’s childhood had been “at times even abusive, childhood.”

On August 14, Jouett wrote on Facebook, “So I have been baptized back in 2 church tonight I gave my testimoney and it was alot harder than I thought but after words I have this overwhelming joy thank you 2 the church for making it feel like home.”

So very proud of my boyfriend. He’s gone through so much in life and he’s turned it over to God and got saved today he got baptized!! I love you Nathaniel Jouett. Thank you for being by my side and always there for me I’m thankful God has put you in my life. 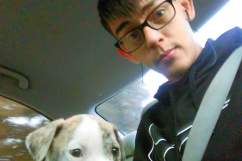 3. Jouett Became Addicted to Meth at 13

Speaking to KOB4, one of Jouett’s family members said that the suspect has battled a meth addiction since he was 13. Pastor Stevens said that he had spoken to Jouett about his drug issues, according to KOB4. Stevens also told the station, “I’m blown away. I’m blown away by him snapping and doing something like this. And something had to snap within him. He had all kinds of plans and ideas to help us at the church.”

A source told Heavy.com that Jouett was suspended from school for fighting at a pep rally on the Friday before the shooting. That same person, who is a verifiable friend of Jouett’s, said that in recent times the suspect had been involved in drugs, primarily weed. The source said that she and Jouett’s girlfriend would “try to keep him out of trouble.”

4. The Shooter Was Armed With 2 Handguns

Jouett is facing two murder charges as while as an aggravated battery with a deadly weapon charge. He is being held at Curry County Juvenile Detention Center.

ABC News’ Joshua Hoyos reports, citing a city official, that six people were shot at the library. It was initially reported that by ABC News and other sources that the suspect was a teenager.

The Associated Press reports that no motive has been made public for the shooting. Clovis City Commissioner Juan Garza told the agency that the shooting is a “tragedy” and asked for prayers for the victims.

A woman who was in the library at the time of the shooting, Vanessa Aguirre, told the Eastern New Mexico News, “It all happened so fast. We took off fast. My purse is still in the there.” Aguirre added that she didn’t see if anyone had been shot. Aguirre believed the gunman was armed with a handgun.

Authorities later said that the suspect was armed with two guns. The ATF is assisting local officers in the investigation.

The Eastern New Mexico News reports that victims were taken to Clovis Municipal Airport before being airlifted to Lubbock, Texas.

5. The Area Is Perhaps Best Known for Cannon Air Force Base

A border town with Texas, Clovis is known as the home of Cannon Air Force Base. The base is around 7 miles southwest of the center of town and is the home of the 27th Special Operations Wing. It was established in 1942.

The town is also associated with early rock and roll after Norman Petty set up a recording studio there in the 1950s. The studio was used by Buddy Holly to record “Peggy Sue” and was used by other stars including Roy Orbison. 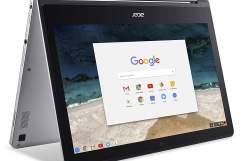 Loading more stories
wpDiscuz
21
0
Would love your thoughts, please comment.x
()
x
| Reply
A high school student is in custody after multiple people were shot inside of a library in New Mexico.