Eight people were shot and killed and one other was wounded in a shooting at a Dallas Cowboys watch party at a home in Plano, Texas, authorities and witnesses say.

The gunman, identified as 32-year-old Spencer Hight by family members of his estranged wife, was fatally shot by police at the scene, the Dallas Morning News reports. All of the victims were adults, police said.

Meredith Lane Hight, 27, filed for divorce from her husband, Spencer, in July, according to court records. They owned the home where the shooting occurred together, but he had not been living there since March. You can read more about Spencer Hight here.

The shooting happened about 8 p.m. in the 1700 block of West Spring Creek Parkway, near Custer Road, according to KXAS-TV. Few details about the shooting have been released, including the identity of the shooter and the names and other information about the victims. It is also not known if or how the gunman knew the victims. It is also not known if police are looking for any other suspects. Police said the shooting happened in a quiet neighborhood and violence like that was unusual there and in the city of Plano as a whole.

1. The Shooting Occurred After an Argument Broke Out During a Party to Watch the Dallas Cowboys Game

Heartbreaking to hear 8 dead in Plano. Evidently a man opened fired after an argument at a Dallas Cowboys watching party, in a home.

Witnesses say the shooting occurred after an argument broke out during a party to watch the Dallas Cowboys play the New York Giants in a Sunday Night Football game, the first of the year for the Texas NFL team, KDFW-TV reports.

Crystal Sugg describes the altercation she saw between shooter & a woman before shooting started in Plano. pic.twitter.com/U9yqdkN2Kh

Crystal Sugg, a witness, told reporters that she saw an altercation involving a woman and the shooter about 7:45 p.m.

“A man was arguing with a woman. They were standing outside and they were arguing,” Sugg said. “And as they were arguing you could kind of hear little pieces of it, but you really couldn’t. And as they were arguing, the woman was trying to go back in. And as she was going back in the house, you seen the man pull out his gun and just start releasing. So as he released I ran back in, because I didn’t want to get hit by nothing. But he just started letting them go.”

Police have not said if they know of a motive for the shooting or confirmed the details reported by Sugg. According to the Dallas Morning News, neighbors said the argument was possibly a domestic dispute. 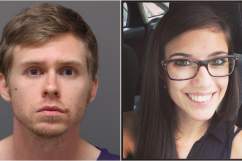 2. Witnesses Say They Heard 30 to 40 Shots Coming From the House

eyewitnesses tell me it happened just after 8pm. Says she heard 30-40 shots pic.twitter.com/DHhsM2Wv9B

Witnesses told reporters at the scene that they heard 30 to 40 shots coming from the house. It is not clear if those shots also include the bullets fired by responding police officers.

Steven Featherland says he heard 30-40 gunshots coming from home that had been hosting a party: pic.twitter.com/Mh7ed21TTI

Steven Featherland told KDFW-TV, he arrived at his house as police were already positioning themselves.

Stacey Glover, another witness, told the Dallas Morning News the party started in the afternoon and she saw people outside grilling and laughing. About 8 p.m. she heard gunfire and smelled gunpowder when opening her door. Police then arrived and she heard “hands up” before more shots were fired.

“My heart is still beating like a million miles per hour,” she told the newspaper. “I know I’m not going to sleep tonight.” 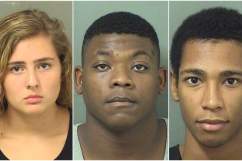 3. Responding Officers Were Sent to a ‘Weapons Call’ & Saw Shooting Inside the House When They Arrived

Plano Police officers were called to a “weapons call” about 8 p.m. at the West Spring Creek Parkway home, according to radio transmissions recorded on a police scanner. The dispatch audio reveals that the caller said there was somebody with a gun trying to get into her home. When officers arrived, they heard and saw shots being fired inside the home, and shortly after, the gunman was shot dead by police, according to the scanner audio. You can listen to the dispatch audio below, courtesy of Broadcastify.com:

The officers reported that at least eight people were shot inside the home, and called for several ambulances to respond to the scene. One of the officers was near the scene when the call came in and was the first to go into the house.

“After (the officer) heard the gunshots, he made entry and that’s when he observed several victims inside and then engaged the suspect,” police spokesman David Tilley told the Dallas Morning News.

Police were investigating whether the shooting was connected to an earlier assault that occurred near the scene, according to radio dispatches. The officer who responded to that call said the victim told him one of the suspects in the assault matched the description of the shooter. The victim said two people were involved in that assault, but it was unclear if the two incidents were connected or if there was anyone else involved in the shooting if they were connected.

A witness who was in the house told police there was only one suspect, according to radio transmissions. That witness told police she fled to her parents house after the shooting started. 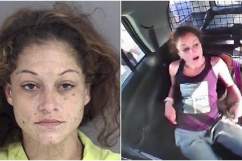 4. Two Victims Were Rushed to the Hospital, Where One Later Died

Two victims were rushed to the hospital, where one later died. The condition of the surviving victim was not immediately known. One of the victims was shot in the cheek, according to radio dispatches. At least one other person was at the house and was not injured and refused medical treatment, according to emergency radio transmissions.

The victims were both rushed to local hospitals.

The Dallas Morning News described a heart-wrenching scene involving a person who said he knew the victims. The man asked those at the house what the number was where the shooting occurred, the newspaper reports:

When he was told the house number, he doubled over as if in pain. He said his friends had a Dallas Cowboys watch party.

‘I’m friends with probably everyone that was in that house,’ he said, before walking over to police.

As he talked to officers, he doubled over again. A few minutes later, he sprinted toward his car and drove away.

A neighbor, Lauryn Nichols, told the Dallas Morning News she was shocked by what happened. She said a friend had been at the house, but she was not sure what had happened to that person, according to the newspaper. 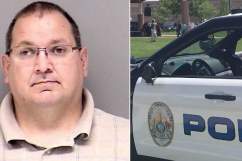 5. More Than 30 Police Officers Were at the Scene Investigating Sunday Night

More than 30 police officers were at the scene Sunday night continuing to investigate, according to the Dallas Morning News. Police were expected to be at the home throughout the night, the newspaper reports.

It is not clear if police have any history with the gunman or have responded to the home in the past.

“I’ve been here all my life,” police spokesman David Tilley told the Dallas Morning News. “I’ve never heard of anything like this.”

Plano averages about four to five homicides per year, according to online data.

The Texas Rangers were responding to the scene to lead the investigation because a Plano officer was involved, according to the newspaper. Plano Police said on Twitter that West Spring Creek between Green Oaks and Blue Ridge will be closed Monday morning during rush hour traffic for the investigation.

Loading more stories
wpDiscuz
3
0
Would love your thoughts, please comment.x
()
x
| Reply
Seven people were shot dead and two others were wounded at a home in Plano, Texas, near Dallas at a Cowboys watch party. The gunman was killed by police.