There was a shooting on the campus of Virginia State University, and the university was on lock down on the evening of October 14, campus police confirmed. Local news reports said that one person was injured.

At about 9 p.m. on the east coast, campus police wrote on Twitter, “Shooting on Campus – VSU is on lockdown. Avoid the area. Updates to follow.” The campus is located in Petersburg, Virginia.

WTVR-TV reported, “a person was shot in the pelvis and transported to VCU Medical Center with life-threatening injuries. Additionally, those sources said that several fights broke out in the wake of the shooting.”

A half hour later, the campus remained on lock down.

Although it’s not clear where exactly the shooting occurred on campus, WTVR-TV reported that Homecoming weekend was occurring.

“It is homecoming weekend at the university. A hip-hop concert was scheduled for 8 p.m. at the school’s Multi-Purpose Center,” the television station reported. The Associated Press wrote, “The university’s website says the Petersburg, Virginia school was celebrating the final day of it homecoming.”

Few other details were available on October 14 as the news of the shooting broke, including whether anyone was injured or to what degree.

“Been going to homecoming for 20+ years, 1st time I can think of a shooting take place. Be safe out there VSU,” wrote one person.

“My thoughts are with everyone at VSU,” wrote another.

Yet another person wrote on Twitter, “So now y’all wanna shoot at homecoming games. Lord please watch over VSU. I’m beyond grateful that my brother is safe.”

One woman wrote on Facebook, “As I posted the picture with my children I was notified it’s a shooting at VSU and they are on lockdown. Check on your loved ones. And my son even asked me to go! I said NO! This is why!”

Campus safety has been a concern throughout the nation. Earlier this month, a student at Texas Tech University was accused of shooting a campus police officer to death in a drug investigation. You can read more about that shooting here: 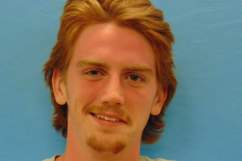 This post will be updated as more is learned about the VSU shooting.

Loading more stories
wpDiscuz
0
0
Would love your thoughts, please comment.x
()
x
| Reply
VSU shooting: There was a shooting on the campus of Virginia State University during Homecoming week. See a suspect description, and learn more.