Lori Klausutis was an officer worker of now MSNBC host and then-Congressman Joe Scarborough, who died young of an accidental fall provoked by cardiac arrhythmia.

In the midst of Twitter firestorm, President Donald Trump mentioned conspiracy theories about the death, which took place in Florida.

“A lot of interest in this story about Psycho Joe Scarborough. So a young marathon runner just happened to faint in his office, hit her head on his desk, & die? I would think there is a lot more to this story than that? An affair? What about the so-called investigator? Read story!” Trump wrote, sharing a story that made unproven accusations about Klausutis death.

A lot of interest in this story about Psycho Joe Scarborough. So a young marathon runner just happened to faint in his office, hit her head on his desk, & die? I would think there is a lot more to this story than that? An affair? What about the so-called investigator? Read story! https://t.co/CjBXBXxoNS

Klausutis’ husband Timothy has now written a letter to Twitter’s head Jack Dorsey asking him to delete Trump’s tweets. “These conspiracy theorists, including most recently the President of the United States, continue to spread their bile and misinformation on your platform disparaging the memory of my wife and our marriage,” he wrote. He indicated that his 28 year old wife “had an undiagnosed heart condition” and wrote that the president had taken the memory of his dead wife and “perverted it for perceived political gain…my wife deserves better.”

You can read his letter here.

The president’s tweets led to harsh criticism from Scarborough’s wife Mika Brzezinski, who wrote, “I will be reaching out to head of twitter about their policies being violated every day by President Trump. Hope my call is taken. Please retweet if you agree.”

It’s not the first time Trump has tweeted on the death. A previous Trump tweet came after the termination of Today show host Matt Lauer was announced, as NBC executives cited a sexual assault complaint issued by a colleague as the reason for his firing.

So now that Matt Lauer is gone when will the Fake News practitioners at NBC be terminating the contract of Phil Griffin? And will they terminate low ratings Joe Scarborough based on the “unsolved mystery” that took place in Florida years ago? Investigate!

What exactly was Trump referencing when he encouraged people to “investigate?” It’s a conspiracy theory that’s been floating around, but has been made relevant again because of Trump’s tweets.

Scarborough once served as a U.S. Congressman in Florida’s 1st district. He held the spot from 1995 until 2001, when he unexpectedly resigned after five months into his fourth term. He said that he wanted to spend more time with his children, and stepped down because of it.

Just two months before his resignation, though, an office worker of Scarborough’s was found dead inside his district office in Florida. That office worker was Lori Klausutis, who was 28-years-old at the time. Her death investigation led to many twists and turns.

Here’s what you need to know about Klausutis and her death:

A July 21, 2001 news report by the Naples Daily News explained the details of Klausutis’ death. Her body was found July 20 around 8 a.m. by a couple who arrived at the office in Fort Walton Beach for an appointment. She was found slumped over next to a desk on the floor of Scarborough’s office. A second employee who was normally at the office was away on vacation, and it was determined that she was dead for some time.

After an investigation, police said there was no reason to suspect foul play in her death, and a preliminary investigation revealed there was “no outward indication of suicide.”

Police said that there were no witnesses to her death, and the cause wasn’t immediately apparent. It was later determined to be an accidental death, with a cardiac arrhythmia causing her to fall and hit her head on a desk, leading to her death. The subsequent mandated autopsy, however, revealed the circumstances surrounding her death were “inconclusive.”

Scarborough, who was out of the office at the time, released a statement following her death:

“My staff and family are greatly saddened by the loss of Lori Klausutis,” the statement said. “I know Lori will be missed by the thousands of citizens who regularly contact my office to seek assistance with a variety of problems. May God grant Lori’s family the grace, comfort and hope that will get them through this difficult time.”

Scarborough was back home for that weekend, and her arrived back in Florida the same day her body was discovered.

2. Klausutis Was Active With Her Faith & Once Worked for a Young Republicans Group

Klausutis was originally from Atlanta, Georgia and had a seemingly “happy life,” the Naples Daily News wrote. She was married to a husband who said on an internet account that “being married to Lori” was one of his best honors. The couple shared a home in Niceville, a city on Florida’s panhandle about 150 miles miles west of Tallahassee. She was active in her religion, the article noted, volunteering as a cantor at a Catholic congregation in the area. She sang in the choir at the church and was involved in various faith-based activities.

Klausutis’ obituary stated that went to school in the Atlanta area and served as the president and treasurer for the Emerald Coast Young Republicans. She later worked as Scarborough’s constituent services coordinator since May 1999. She lived an active life in her community, neighbors told the Naples Daily News.

“Every morning, I would see her run while I walked,” neighbor Barbara Cromer said of Klausutis to the newspaper. “We’d wave to each other as we passed. I loved Lori so much. She was wonderful. She was a kind, generous person, so sweet.”

In the investigation into her death, there was disagreement whether or not she suffered medical problems. Scarborough’s press secretary at the time mentioned that she had health issues, but didn’t reveal anything else.

“She had a past medical history that was significant,” Berkland said to the newspaper. “But it remains to be seen whether that played a role in her death.”

Klausutis’ family rejected the notion that she suffered from medical issues, citing her athleticism and hobby of running as indications. They also refuted media reports at the time which speculated that she died by suicide.

Berkland ordered subsequent toxicology reports to be performed in the weeks that followed her death. In his office’s initial reports, there weren’t any signs of trauma to her body, and Berkland later said that she was found with a “scratch and a bruise” on her head. He told media members that his initial denials of the cause of death was so speculation wouldn’t be raised.

“The last thing we wanted was 40 questions about a head injury,” he was quoted as saying at the time. 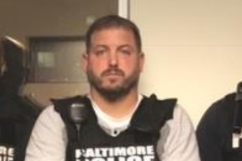 3. The Assistant Medical Examiner Was Found to Have Stored Hundreds of Body Parts in a Storage Unit Years Later 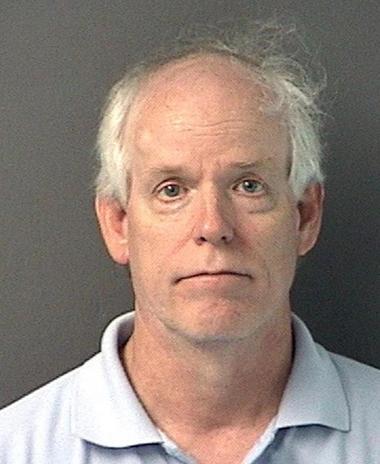 As pointed out in media reports, Berkland has an interesting background. The Naples Daily News reported that he had his medical license in Missouri revoked in 1998 due to reporting false information in an autopsy report. He didn’t deny charges that he provided inaccurate information in regard to brain tissue samples in a 1996 autopsy. He was suspended from his position of medical examiner in Florida in July 1999.

“Repeated requests to Dr. Stephen Nelson, Chairman of the Medical Examiners Commission, Florida Department of Law Enforcement, have failed to verify that Dr. Berkland’s suspension was lifted and that his licensure and disciplinary record are clear at the present time,” the newspaper article said. “Dr. Nelson was appointed Chairman of the Commission by Governor Jeb Bush.”

In September 2012, human remains were found in a storage unit rented by Berkland. They were located in Pensacola, and police said they found “crudely preserved brains, hearts, lungs and other organs” inside the unit. Some of them were being kept in 32-ounce soda cups. Berkland reportedly rented the unit for three years, and it was eventually auctioned off after he defaulted on payments.

“The remains included tissue samples and dissected organs. (Investigators) also advised that there were numerous whole organs, including hearts, brains, a liver and a lung,” the arrest affidavit said.

Berkland was arrested on charges of improper storage of hazardous waste, keeping a public nuisance and driving with a suspended license. Prosecutors also added additional charges of misdemeanor theft, saying that he possessed the remains without the permission of the families.

4. Klausutis’ Husband Held a Job With the Air Force

Klausutis’ husband, Timothy, was left distraught by his wife’s passing. Her obituary revealed that Timothy once served as a prominent member of the United States Air Force. He’s a Florida native, graduating from Choctawhatchee Senior High School, and a LinkedIn account indicates that he studied at the Georgia Institute of Technology. thesis written by him says that he graduated in 2002.

Timothy’s thesis at the college was titled: “Adaptive lapped transforms with applications to image coding. A 2012 blog post by Roger Shuler stated that Timothy studied on navigation and miniature weapons systems for the Air Force Research Lab.

5. A Contributor to MSNBC Was Banned From Appearing on the Network for Mentioning Klausutis

The founder of the Daily Kos blog, Markos Moulitsas appeared as a guest regularly on MSNBC. He frequently appeared on Keith Olbermann’s show and sparred with Republicans. However, that relationship came to an end in July 2010, when MSNBC severed its ties with Moulitsas. That’s because he mentioned Klausutis’ story on Twitter, and Scarborough took extreme offense to it.

It started with Moulitsas taking note of Scarborough’s plea for people to pay attention to a scandal. Moulitsas got into a back-and-forth with Scarborough on the social media platform in the following exchange of tweets:

Moulitsas: Like story of a certain dead intern. RT @JoeNBC: Luckily for the White House, the media has been negligent on this story since Day 1.

Moulitsas: But if you want to talk about bullshit “scandals”, @JoeNBC, there’s this one about Joe Sestak and the White House you might’ve heard of.

Scarborough: @markos Unbelievable. You have a long history of spreading lies suggesting I am a murderer. This is the 3rd or 4th time by my count.

Moulitsas: @JoeNBC, I’ve never suggested you’re a murderer. I’ve noted media hypocrisy in going after Gary Condit. But he was Dem. You aren’t.

Scarborough: Anyone in media who interviews @markos, know that you’re extending your credibility to someone who regularly suggests that I’m a murderer.

Moulitsas: A bit touchy, @JoeNBC? Links for where I accuse you of being a murderer please.

“I never accused him of murder, much less three or four times,” Moulitsas wrote in a blog post regarding the incident. “In fact, we had just had a pleasant chat in the Meet the Press green room in December, which wouldn’t be the case if I was bedeviling him with accusations of murder. The only time I ever mentioned the incident was this post in 2005, in which I discussed him as a potential Senate candidate.”

MSNBC President Phil Griffin said in a news release that Moulitsas was banned from appearing on the network. 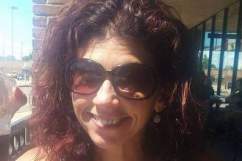 Loading more stories
wpDiscuz
0
0
Would love your thoughts, please comment.x
()
x
| Reply
Lori Klausutis is the former aide of Joe Scarborough. She was found dead in his office in 2001, and President Donald Trump has raised suspicion into her death.