Lindy Lou Layman, a 29-year-old court reporter from Dallas, is accused of smashing and destroying hundreds of thousands of dollars worth of paintings and sculptures – including original Andy Warhol artwork – at the mansion of a prominent Houston-area, Texas attorney.

The Warhol paintings alone were worth $1 million, the culmination of a drunken, red-wine tossing fury, reports allege.

According to The Houston Chronicle and court documents obtained by Heavy, Lindy Lou Layman was charged right before Christmas 2017 with felony criminal mischief in connection with the art-smashing incident that allegedly occurred the day before. The incident occurred at the luxurious home owned by Anthony Buzbee, a well-known trial attorney in Texas, the newspaper reported.

Tony Buzbee is a wealthy lawyer and former Marine who once hosted a fundraiser for now President Donald Trump and who serves on a university Board of Regents. According to KHOU-TV, prosecutors allege that the pair was on a first date. However, Buzbee told Texas Lawyer that “Layman came to his home with others and that he had not met her prior to that evening.”

He added in the interview with the magazine: “I collect art. I don’t want it damaged. She also pulled a Renoir and a Monet off the wall. Luckily those weren’t damaged.” The Houston Chronicle reports that Layman’s lawyer is now challenging Buzbee’s story, although he has yet to specify how.

The criminal complaint, obtained by Heavy, accuses Layman of tearing paintings off walls and pouring liquid on paintings. Click2Houston reported that the liquid was red wine, and Layman allegedly shouted, “I’m not leaving.” Two of the paintings were original Andy Warhol pieces worth $500,000 each, and the two damaged sculptures were valued at about $20,000 a piece, KHOU-TV reported. The criminal complaint charges Layman with a felony for criminal mischief in Harris County. She was arrested on December 23, 2017. Bail was set at $30,000.

According to the complaint, which you can read above, she “unlawfully, intentionally and knowingly” damaged and destroyed “three original paintings and two abstract sculptures owned by Anthony Buzbee” without his consent. The loss was at least $300,000, the complaint originally said, although the damage estimate later grew and became more specific. The complaint accuses Layman of “pouring a liquid onto the paintings, causing damage.”

The complaint also alleged that she “tore paintings off the wall with her hands, causing damage.” Layman is further accused of throwing sculptures “across the room with her hands” in the artistic rampage. The complaint doesn’t identify the liquid. Layman hurled obscenities along with the artwork, according to KHOU.

The incident allegedly occurred at Buzbee’s home. When Buzbee bought the mansion in 2013, it was worth $14 million, according to The Houston Chronicle. He told Texas Lawyer of Layman, “She at some point appeared too intoxicated and she was asked to leave. She wouldn’t and got angry because she didn’t want to leave. The police dealt with it. It’s not the first time I’ve had guests at a party of mine over imbibe. Most leave when you ask them. She didn’t.”

However, Click2Houston quoted the judge as saying it was allegedly a first date. “She became heavily intoxicated. When they returned to his home, he believed she was too intoxicated and decided he wanted her to leave,'” the television station reported. 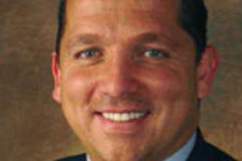 2. Layman Says She Works as a Court Reporter & Buzbee Allegedly Tried to Call Her an Uber

KHOU-TV reports that Buzbee alleged that Layman was so intoxicated that he tried to call her an Uber, but she refused to leave and hid in his home and became aggressive when he tracked her down and tried to call a second Uber. She said she has been a court reporter for nine years, the television station reported.

Buzbee had previously liked the above photo on Layman’s Facebook page (and she liked his profile picture in November). Her cover photo reads “Good vibes only.” The page contains glamour shots and pictures with friends and family members but no mention of occupation. She appears to have an active Instagram page that is set to private. In contrast, Buzbee holds a slew of prominent positions in the community and has handled high-profile cases. For example, he represented former Texas Gov. Rick Perry on corruption charges.

A 2014 profile on Buzbee described him as married then to wife, Zoe, with four children. The article, originally published in Texas Super Lawyers Magazine, says, “Competitive? Michael Jordan is competitive. Tony Buzbee is a psycho. He’s obsessed with winning. And with his landmark victories including the $75 million he earned for offshore drilling workers in a wage fixing suit, Buzbee’s not only earned respect, but in his 14-year career, he’s pocketed as much money in the courtroom via jury awards as Jordan made on the court.” 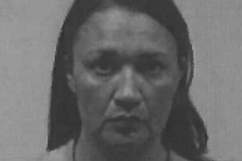 3. Buzbee Donated Thousands of Dollars to Trump but Later Disavowed Him

According to the Dallas Morning News, Buzbee was a supporter of Donald Trump’s presidential campaign but changed his mind on Trump when the Access Hollywood controversy erupted over the president’s lewd comments. “In the run-up to last year’s election, he hosted Donald Trump at the River Oaks mansion and donated $250,000 to his presidential campaign. Buzbee later disavowed Trump after the release of the Access Hollywood tape in which the eventual president bragged about groping and forcefully kissing women,” the newspaper reported.

However, Buzbee later gave $500,000 to the president’s inauguration committee, Texas Lawyer reported. That donation came even though Buzbee wrote on social media, “Sorry Donald. I’m done with you. Completely.”

A 2012 article about a multi-million dollar donation that Tony Buzbee and his wife, Zoe, gave to Texas A&M University, said that Buzbee met his wife in college. “Buzbee and his wife, Zoe, who graduated from Texas A&M in 1991 with an interdisciplinary studies degree, met in an English class. She is president of Buzbee Properties, which owns and manages more than 50 commercial and residential properties in Galveston County. The Buzbees reside in Friendswood, Texas, with their four children,” it reads. On Facebook, Buzbee now lists himself as single.

4. Buzbee, a Former Marine, Was Named a University Regent by Rick Perry

The Dallas Morning News identified Anthony Buzbee as a 49-year-old former Marine and “a member of Texas A&M University’s Board of Regents.”

Buzbee also caused previous controversy when he was accused of drunken driving in 2016. According to The Houston Chronicle, Buzbee, “one of Houston’s wealthiest attorneys,” was “fighting the release of court records that detail what some local defense lawyers say was special treatment from Harris County’s outgoing district attorney. Prominent trial lawyer Tony Buzbee also is seeking to get his arrest erased from his record.”

The newspaper explained: “District Attorney Devon Anderson dismissed Buzbee’s drunken driving case…saying he completed pretrial intervention, a form of probation typical for first-time driving-while-intoxicated suspects.” Buzbee alleged he was not intoxicated, according to the Chronicle.

The biography further notes that “Mr. Buzbee served in the United States Marine Corps in the Persian Gulf and Somalian conflicts, earning the rank of Captain, where he received various awards including the prestigious Navy Commendation Medal.”

Former Texas Governor Rick Perry appointed Buzbee to the Board of Regents, the bio says, adding, “Aside from legal practice, Mr. Buzbee oversees the activities of Buzbee Properties, Inc., a company that owns and manages more than 80 commercial and retail properties across three states. He is also a board member of Hometown Bank, S.A.; past board member of The Jesse Tree (a nonprofit organization that assists the homeless and those in need) and Boy Scouts of America, Bay Area Council. He is a past member of the Texas A&M University at Galveston Board of Visitors and past director of the Houston Law Alumni Foundation.”

5. Buzbee Caused Neighborhood Controversy When He Parked a World War II Tank in His Yard

It’s not the first time that controversy has resulted surrounding Buzbee’s mansion in the upscale River Oaks neighborhood. In September 2017, he parked a “fully functional World War II” tank outside his home, according to KHOU-TV.

“Attorney Tony Buzbee bought a fully functional World War II tank overseas last year for $600,000. Now he’s temporarily parked it outside his multi-million dollar home in River Oaks,” the television station reported, quoting Buzbee as saying, “Took a year to get here but now it’s on River Oaks Boulevard. This particular tank landed at Normandy. It liberated Paris and ultimately went all the way to Berlin. There’s a lot of history here.”

Some of Buzbee’s neighbors weren’t pleased with the history display, though, the television station reported at the time.