A woman, her girlfriend and her two young children were killed in a quadruple homicide in Troy, New York, police said Wednesday afternoon at a press conference. They were found dead December 26 inside their basement apartment at 158 2nd Avenue in the Lansingburgh section of the city.

Police have released few details about the killings, including the manner of death. But Chief John Tedesco said Wednesday that the victims include a 36-year-old woman and her 22-year-old girlfriend, along with the 36-year-old woman’s 5-year-old daughter and 11-year-old boy.

Police sources told the Albany Times-Union that the bodies were found tied up with their throats cut.

“After being in this business for 42 years, I can’t describe the savagery of a person who would do this,” Tedesco said at the press conference. “Only a person of savagery would do something like this.”

No suspects have been identified, but police believe the victims were targeted.

“Right now, at this point in the investigation, it’s just a mass of information,” Tedesco told reporters. “We’re talking to a lot of people, but at this point, there’s no one person who is a person of interest.”

Investigators have remained at the gruesome scene since the building’s landlord found the bodies Tuesday afternoon. Tedesco said they are going all out to find the killer or killers.

“There’s not a resource we won’t tap,” Tedesco told reporters. “This will be a full-court press until somebody’s brought to justice.”

Troy Police tell me all victims of the quadruple homicide lived in the basement apartment of 158 2nd Avenue where they were found dead. I'll have the latest at 11pm on @WTEN pic.twitter.com/AAItw3OzHy

According to the Albany Times-Union, police were called to the home at 158 2nd Avenue about 12:50 p.m. on Tuesday.

They found the bodies inside the home and a medic pronounced all four dead.

The 11-year-old victim, Jeremiah “JJ” Myers, played basketball in a community league, according to the Troy Record.

“I want people to understand that these were children and that’s the greatest disgrace that has ever happened,” Frank Mayben Jr., who coached the boy, said Wednesday at a press conference. “I know that the young man involved was definitely a good person. He was very coachable and lovable.”

Shanta Myers had an older son who was not home at the time of the incident, according to reports.

Troy Police say they're investigating a quadruple homicide on 2nd Avenue in the Lansingburgh section of Troy. 4 people found dead in a basement apartment. @WTEN pic.twitter.com/nChxvn26QP

“Until they catch whoever did this, there are certainly reasons to be fearful,” Pastor Jackie Robinson Sr., of Oak Grove Baptist Church on Seventh Avenue in Troy, toild the Times Union. “We don’t know who did it. Until we find out, it certainly makes sense to be vigilant and keep your doors locked.”

Anyone with information is asked to call 518-270-4421 or visit the Capital Region Crimestoppers website at www.capitalregioncrimestoppers.com.

“We’re talking about the tragic taking of four lives,” Tedesco said. “I can only ask if you know anything at all, even if you think its insignificant, call us.”

The Victory Christian Church in Albany is offering a $5,000 reward for information, according to News 10. 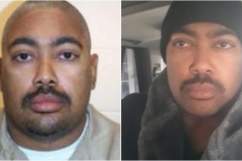