Locklear, 56, was taken into custody by the Ventura County Sheriff’s Office at her Thousand Oaks home late Sunday night and released on bail early Monday morning, according to online records. She was charged with felony domestic violence and three counts of misdemeanor battery on a police officer, TMZ reports.

Locklear was arrested by Ventura County deputies at 10:27 a.m. Sunday, booked into the county jail at 1 a.m. and was released at 5:48 a.m. after posting $20,000 bail. She is scheduled to appear in Ventura County Superior Court on March 13, records show. She was taken to the hospital for an evaluation prior to being booked into jail. Her boyfriend declined treatment, police said.

Heisser, also 56, was booked into the Ventura County Jail at 1:41 a.m., on the DUI charge, records show. He was cited and released at 8:14 a.m. His arrest was made by the California Highway Patrol at 12:41 a.m. Monday. He is due in Ventura Superior Court on April 26.

According to TMZ, Heisser was spotted on the 101 freeway driving slowly and was pulled over by the CHP. After failing a field sobriety test, Heisser blew a .19 and .20 on breathalyzer tests, TMZ reports.

Heisser and Locklear have been dating for several months, according to her Instagram posts. They began dating after she split with her boyfriend of three years, plastic surgeon Marc Mani. Ventura Sheriff’s Captain Garo Kuredjian told The Associated Press that the alleged victim in the domestic abuse case is Locklear’s live-in boyfriend, but did not identify him.

Locklear and Heisser have not commented about the incident.

Here’s what you need to know about Locklear’s arrest and Chris Heisser:

1. Locklear Left a Mark on Her Boyfriend During the Fight & Then Became Combative With Deputies by ‘Flailing & Kicking,’ TMZ Reports

Heather Locklear in her mugshot after her arrest.

Police were called to Heather Locklear’s Thousand Oaks home for a report of a domestic violence incident about 10 p.m. Sunday, TMZ reports. Locklear’s brother came home and called 911 after seeing his sister and her boyfriend fighting. Police responded and found that Locklear had left a visible mark on her boyfriend, TMZ reports. They then attempted to take her in to custody and she became combative, authorities said. She attacked the deputies by “flailing and kicking,” making contact with three of them, police told TMZ.

According to the Daily Mail, Locklear’s daughter was in the house at the time of the incident. A police source told the news site that Locklear was in a “drunken rage” and nearly “bit the tip off of Heisser’s nose” before police arrived.

The source said Locklear punched a female cop “and called her a “c*nt”, kicked one of the male cops in the balls and punched the third male cop and called them all ‘f*cking assholes’ (while) ranting at them.”

Locklear told police she was injured before deputies arrived, so she was taken to the hospital as a precaution.

“Out of an abundance of caution, she was evaluated at a hospital before she was taken to jail, but she posted bail sometime before 6:30 a.m. today,” Ventura County Sheriff’s Captain Garo Kuredjian told Radar Online.

Kuredjian said Locklear “was uncooperative with our responding deputies and and she battered three of them by pushing them,” leading to three additional misdemeanor charges against her.

A source told ET that Locklear, “was freaking out and texting her brother nonstop and wasn’t making sense. … Her brother immediately headed over to the house. When he arrived, she and her boyfriend were fighting. It was a terrible scene.”

According to ET, the source said the altercation became physical, and the they “were literally physically fighting and her brother couldn’t control the situation, so he called the police. When the police arrived, Heather was irate. She was furious her brother got the police involved and she was in no state to be able to have a normal thinking conversation. She was out of control. She was screaming at the police and went on the attack. She physically fought the police and they had to handcuff her to control her.”

The source told ET, “There were marks all over her boyfriend’s face, so they had no choice but to take her into custody. They said she seemed unstable and they wanted to take her for a psychological evaluation.”

Locklear has had a history of substance abuse issues, with stints in rehab over the past decade for alcohol and prescription drug abuse. She was arrested in 2008 for driving under the influence and has been in and out of rehab several times.

She had a previous domestic violence incident with her ex-fiance, fellow “Melrose Place” actor Jack Wagner, in 2011, but no charges were filed, according to the Daily Mail.

“A huge argument erupted as they insulted each other’s families. As Heather went to her car, Jack lunged at her, trying to grab or push her. Her reaction was to swing. She caught Jack with a right hook across his face, knocking him to the ground,” a source told Star Magazine about the incident. The source said Wagner then tried to put his hands on Locklear, but she fled into her home.

The case was dropped after neither Locklear nor Wagner wanted to press charges.

2. She Called Heisser Her ‘First & Final Love,’ but They Are Rumored to Have Had a Rocky Relationship, Including Past Incidents of Violence

Happy Birthday to My first love and final love. Forever isn't long enough. Meet you there in 2 days?

Locklear and Chris Heisser went to Newbury Park High School and went to the school’s prom together. In September, Locklear posted Heisser’s high school yearbook photo on her Instagram page and wrote, “Happy Birthday to My first love and final love. Forever isn’t long enough.” That same month she posted a photo of the two of them together and wrote, “My favorite person on earth. 40 years later.”

But Locklear and Heisser have reportedly had a rough relationship since they got back together last year. They have been dating for more than a year, according to Radar Online.

According to Radar Online, Locklear attacked Heisser during a fight in August.

“They got into a knock-down, drag-out brawl,” a source told Radar. “Heather went completely psycho and threw things at Chris! She was in a rage, violent and inconsolable. It was a mess!”

The source told Radar that she hurt her arm while throwing things and was later hospitalized. The source said, “She was so low, she reached out to Chris,” and they began dating again.

Three weeks later, Locklear crashed her Porsche into a ditch in Thousand Oaks, near her home, but police determined she wasn’t under the influence of drugs or alcohol, TMZ reported. According to Radar, that September crash happened after another fight between Locklear and Heisser that ended with Locklear storming out and driving away.

“We’re sure that’s what put her in the insane state that caused the accident,” a friend told the gossip site.

Radar also reported in October that Heisser proposed to Locklear and she accepted his proposal, but the actress never publicly confirmed the engagement.

“Chris popped the question, and Heather said yes,” a source told Radar. “But his family is worried she may be on drugs and drinking again — and Heather’s family believes Chris is no good for her!”

ET reports that her family and friends believed Locklear was “spiraling out of control” before the domestic incident.

“Heather has been spiraling out of control lately,” a source told ET. “We realize Heather has had problems with drinking and drugs before, but she was really getting back on track and her boyfriend is no help at all. In fact, the two of them fight a lot and he parties with her.”

The source added, “Her friends and family are telling her it is time to go back to rehab. She needs it badly. It’s sad she lets things get this out of control before she gets help.”

After high school, Heisser was a motocross star known as the “Tin Can” for his hand-built Honda bike that included an aluminum gas tank, according to a motocross enthusiast website.

Actress Heather Locklear hanging out on a Husqvarna. She dated a pro motocrosser back in the day. Chris Heisser of the infamous Tin Can Honda. #motocrosshistory#heatherlocklear#husqvarna #actress

He told Vintage Factory the bike, “was nicknamed the tin can because of the hand built aluminum gas tank. The bike was all hand built. We modified a stock Honda frame by cutting and welding increasing rake, decreasing trail, lowering the motor, extending swing arm, adjusting shock mount position e.t.c. once we got it where we wanted it we built a entirely new chromoly frame with the geometry we refined on the stock Honda frame. We used much larger diameter tubing and thinner wall material for less flex and less weight. We used disc brakes before any works bike had them. Entirely hand built, should have worked in theory, but did not. No flex in the frame made it feel rigid as hell. Needed another year for R&D but also needed results now. Ended up scraping the project getting Suzukis and I think I got fourth or fifth in the nationals that year with all the past heroes in my class.” 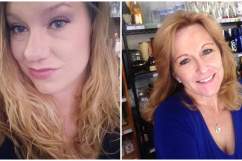 4. Heisser Was a Contractor Until He Was Convicted of Fraud, Sentenced to 2 Years in Prison & Stripped of His License

After his motocross career ended, Heisser became a contractor and home salesman. But that career led to legal problems for the California native.
According to the California Department of Consumer Affairs, Heisser lost his license after he was convicted of a crime. He also lost his contractor’s license.

The California Contractors State License Board says that Heisser was sentenced to two years in prison in 2013 for fraud.

According to the CSLB, Heisser was running a company called Hamercop Homes Inc. and built two homes in La Quinta, valued at about $2.5 million each. But an investigator for the CSLB, “determined that Heisser forged the signature of one of the homeowners on construction loan documents and illegally obtained hundreds of thousands of dollars from the mortgage company. In addition, Heisser forged his brother’s signature on a CSLB License Renewal form and on Secretary of State forms.”

Heisser was charged in Riverside County court with 42 counts of forgery/corruption of records, two counts of grand theft, one count of using the personal identification of another and one count of unlicensed business transaction. The felony charges could have put Heisser behind bars for several decades, but he pleaded guilty and received two years in prison through a plea bargain. He was also ordered to pay more than $650,000 in restitution to the victims of the fraud. 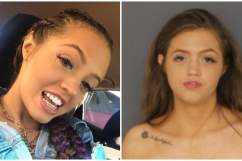 5. He Was Previously Married & Has Children From His Past Relationships

FacebookChris Heisser in a family photo.

Chris Heisser is divorced and has children from his previous relationship, according to public records and social media posts. His son followed in his footsteps as a competitive motocross racer.

A source told Radar in October that his children weren’t happy with his relationship with Locklear.

“Chris downplayed it, but let’s just say his kids aren’t too excited about the engagement,” Radar reported.

Heisser had been living in Sherman Oaks, California, before moving in to Locklear’s Thousand Oaks home.

Like Heisser, Locklear was married during the years between her high school relationship with Heisser and the rekindling of their romance. She was married to rock stars Tommy Lee, from 1986 to 1993, and Richie Sambora, from 1994 to 2007. She has a 20-year-old daughter, Ava Sambora, from her second marriage.

Locklear was most recently dating Dr. Marc Mani, a plastic surgeon, for three years before getting together with Heisser. She also dated fellow “Melrose Place” actor Jack Wagner. The couple announced their engagement in August 2011, but it was called off in November of that same year.