Police have confirmed that the 47-year-old woman who leaped to her death from the top of the Gotham Hotel in midtown Manhattan Friday morning, and took her 7-year-old son with her, is Stephanie Adams, a former Playboy Playmate and centerfold.

Adams, who was said to be in the middle of a contentious divorce, it’s reported by the NY Post, jumped from the 25th floor of the Gotham located on East 46th Street. Both Adams and her son, Vincent, are dead.

In what may end up being a case of filicide, where a parent kills their child, the incident appears to be a murder-suicide.

What you need to know about Stephanie Adams:

1. Former Playboy Playmate Adams Was in a Divorce Custody Battle & Was Told to Surrender Her Son’s Passport, Reports Said

The New York Post says Adams was in the middle of a “nasty custody battle” with her former husband Charles Nicolai, owner of Wall Street Chiropractic & Wellness. She was ordered to “turn over” her son Vincent’s passport.

The Post reported Adams wanted to take Vincent, 7, to “Europe for the summer.” She and her former husband Nicolai were in court days ago when she asked a judge to okay her request. Nicolai objected, the judge agreed and she was ordered to produce her son’s passport. The Post also reports that friends of Adams’ said while she was not depressed, she did need help with other emotional issues and was having money problems related to the divorce, the paper said.

But remember to #love yourself and your child before anyone. An abusive ex can lie and deny, but can never hide from their own eventual #karma.

On her verified Twitter account with 1.3 million followers, Adams frequently referenced domestic violence, and shared thoughts on how families, children in particular, cope with divorce.

The best decision many women will ever make is to file for one immediately. #Divorce #Strength #Happiness https://t.co/oBiQZf8Lrj

On her LinkedIn page she identifies herself as Stephanie Adams Nicolai. Adams says she is co-owner of the business and has been for more than eight years, according to her LinkedIn.

Dr. Charles V. Nicolai, Adams’ former husband and father of the 7-year-old, Vincent, who Adams took with her when she jumped from the Penthouse on the 25th floor of the Gotham Hotel Friday morning.

Nicolai’s chiropractic clinic offers help with “pain relief after suffering an accident, experiencing an injury, or if you have a specific condition such as chronic back pain or a spinal condition; even if you just want to improve your overall health, our chiropractor can help you achieve your wellness goals,” it reads, describing the services as, “Unlike conventional medicine, which focuses on attempting to treat disease once it occurs, the chiropractic care offered at Wall Street Chiropractic and Wellness in New York emphasizes the importance of improving your health in an effort to reduce the risk of pain and illness in the first place.” 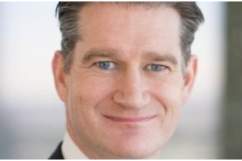 2. Adams, With Her 7-Year-Old Son, Jumped From the 25th Floor Penthouse Rear Terrace, According to Witnesses

What police are trying to determine is whether Adams was holding her son Vincent in her arms, had his hand in hers, or whether she pushed him, according to CBS New York.

Mom who jumped from Gotham Hotel w/ 7yo son is identified as former Playboy playmate Stephanie Adams. Sources say police are trying to determine if she jumped while holding her son, if she pushed him first or if they were holding hands. Both died. @CBSNewYork
(credit: twitter) pic.twitter.com/sslDSqxbzl

A witness, albeit not an eye-witness, whose story was coaxed out of him by reporters, said the woman and her child were staying in the Penthouse on the 25th floor which has both an East 46th Street-facing and a rear-facing terrace with waist-high railings. The man claims in the video that he was told by a member of the hotel staff the details.

Initial reports described the victims as a 29-year-old woman and a 6-month-old baby.

CBS News reported the NYPD said the victim was a middle-age woman and 7-year-old boy.

NYPD: 46yo woman & 7yo boy both jumped from the #Gotham Hotel in #Midtown and died this morning. Police on scene @CBSNewYork pic.twitter.com/3FamJ59sX2

In a column ’25 Amazing Productivity Tips From Successful Mompreneurs,’ by Jeff Steinmann, Adams is quoted talking about making a living for her son.

“Stephanie Adams-Nicolai, mompreneur Founder & CEO of GODDESSY, and mother of a 4-year-old son, says you have to know what your real motivation is.”

She was quoted as saying, “Remember the real reason you are in business is personal. Everything I do, any business I create, all the money I make, is inspired solely by my son and my desire to provide the very best for him. That said, he is my daily and lifetime motivation to be a success and never give up, as not only am I inspired by him, I am his inspiration to someday become the best he can be as well.”

3. Adams Started Modeling as a Teen & Was Playboy’s ‘Miss November 1992.’ With More Than 1 Million Twitter Followers, Adams Was Well-Known

A model at a young age, Adams earned dual bachelor’s degree in Business Management and Marketing at Fairleigh Dickinson University. She also attended the Ophelia DeVore School of Charm, where she says she developed her skills and desire for public speaking, love for the arts, writing and painting, as well as her desire to pursue a career in business, but, all of which, she said, “had to be put on hold due to her demand in the modeling industry.”

Signed to Elite Models, she began dating owner John Casablancas. Her pictures made their way to Playboy and she made her first appearance as a centerfold in 1992.

I'm no #angel…but I do have #archangel qualities, which is why I am the perfect "model" for creating #art with archangels. So here I am… pic.twitter.com/Ub6wcNa0lK

Adams came out as gay and made the cover of the Village Voice as the ‘Best Lesbian Sex Symbol.’ In a 2017 tweet and as featured in a book on sexual mores, she explained her sexual preferences and orientation.

"I've danced between the L and B in #LGBT…with no apologies…because I live my life with #PRIDE." #HappyPride #NYC #Gay #Pride2017 pic.twitter.com/RLUuR7cPiW

But, on her website she says, she dated Calvin Klein supermodel Ted Stephenson, married (and divorced) an Italian investment banker, and she said she dated Robert De Niro. But spent time with “LGBT notables such as comedian Marga Gomez and rock star Joan Jett.” She goes on to explain she was a ‘Playboy trapped in a Playmate’s body,’ dated a “very high-profile attorney as well as a highly successful but extremely controversial financier, eventually marrying someone else briefly until soon afterwards filing for divorce,” presumably the latter is Charles Nicolai.

She appeared on ‘Late Night with David Letterman’during his ‘Top 10’ commemorating the 50th anniversary of Playboy.

Adams started her own business called Goddessey. It began as a small publishing house in 2003 where she wrote a “series of astrology, new age, spiritual and metaphysical books as well as having authored two dozen books, calendars and tarot, in addition to being a contributing editor of horoscopes and articles to various publications,” her website says.

She expanded her company to be an organic products company. Adams described her brand this way, “Goddessy is a portmanteau of ‘Goddess’ meaning someone ‘spiritual’ and ‘odyssey’ meaning a ‘journey.'” Organic products “for your mind body and spirit.”

On her Twitter and website, images of her superimposed with and on or intertwined with angles is a common theme. And she was specifically into archangels including Michael.

ARCHANGEL: #GABRIEL "God Is My #Strength" #GOD Hear Him. See Him. Love Him. Be Him. #Belief is only the beginning… pic.twitter.com/34bp2GqyuV

She previously co-owned her former husband’s Wall Street Chiropractic and Wellness. She said she invests “in Fortune 500 companies, which enabled (her) to become a self-made millionaire before the age of 30. Now Adams also dedicates most of her time towards philanthropy, her new business ventures, and continuing to enjoy as much of a private life as she can possibly have with her son.”

4. Adams Was Awarded $1.2 Million by a Jury in an ‘Excessive Force’ Case Against the NYPD

Former playmate Stephanie Adams was awarded $1.2 million by a jury in 2012 for a 2006 police brutality lawsuit. She claimed “I just wanted to get home and I just wanted him to make left turn and he got extremely upset, called her a vampire “and was cursing and threatening and got out of taxi …yanked my hair and shoved me to the ground …I waited six years for justice,” she said.

Goodness @NYDailyNews this cover of #Trump makes me so glad you did a much nicer one of me…https://t.co/XuXt0M7j0u pic.twitter.com/fvRcLtBbB9

The jury gave her $400,000 more than she sought. In 2006, Adams called police to complain about a taxi cab driver. The cabbie said she threatened him with a gun. According to the ABA Law Journal, “responding officers should have been able to see that no weapon was concealed in her skimpy, skintight outfit, they used excessive force in dropping her to the street, causing her permanent neck and back injuries, Adams contended in a lawsuit. She also said she was traumatized by having police guns drawn on her.”

A juror told the Daily News at the time she put herself in Adams’ shoes: “He not only threw her to the ground, he was holding her there, even though he could see she was not armed. It felt like it was too much.”

The cab driver lost his license. He told investigators Adams was a “werewolf who threatened him with her ‘vampire teeth.'”

Photos from a wonderful #helicopter ride on a beautiful day in #NewYorkCity. #ThankYou #NYPD #ILoveNY pic.twitter.com/KHOR0pVgB5

Adams did have a good relationship with the NYPD it’s apparent from her Twitter where she’s praised the NYPD and posted a number of pictures with officers and in a NYPD helicopter tour of the City.

It’s estimated that Adams was worth $4 million.

5. The Gotham Hotel, Unlike Many NYC Hotels, Has Open Terraces in All Its Rooms

The Gotham Hotel is hip, popular, moderately priced for New York City, and has an average four-star rating on sites like TripAdvisor, Yelp! and Hotels.com, “featuring 67 spacious suites and hotel rooms with balconies across 25 floors.”

A view from one of our public balconies overlooking 46th street ? #gothamhotel #46thstreet #nyc #fujifilm pic.twitter.com/pIfNMPZsGB

The Penthouse is described as having “decadent, yet modern décor, with both front and rear-facing terraces,” both 80 to 100 square feet with waist, or chest, high railings.

The Gotham has not addressed the incident on its social media as of yet. Its last post on Instagram, shared on its Facebook page, was the day before.

Even rainy day views of NYC are unbeatable ☁️ ? by: @findtheworldview