Kate Spade is a household name. The fashion designer, in recent years, has been recognized for her colorful and quirky pieces. She has been a staple in the fashion world and, on June 5, 2018, CBS New York Local reported that the icon committed suicide by hanging. Kate’s body was discovered by her housekeeper, who called the police, at her home at 850 Park Avenue, and sources have said that she left a note behind.

With her husband Andrew, also known as Andy, Kate Spade built a fashion empire and the couple’s net worth, at the time of her death, was estimated at $200 million. Together, in fashion, the two made a powerful pair in the industry. According to TMZ, the couple actually met in college, while working at a clothing store called Carter’s Men Shop in Phoenix. Get to know more about their working relationship, the family they have built together, and who Andy is, apart from his wife.

1. Andy Spade Is The Co-Founder of Kate Spade New York

Designers Andy and Kate Spade during a party to celebrate the opening night of “Henry V” as part of “Shakespeare In The Park” to benefit The Public Theater July 15, 2003 at the Delacorte Theater in Central Park, New York City.

CBS New York Local reported that Coach actually bought the Kate Spade company in 2017, with a $2.4 billion deal. While Kate Spade New York was created in 1993, Jack Spade was developed in 1999. Then, in 2008, Partners & Spade was created in a storefront in the NoHo neighborhood of Manhattan.

In 2013, Andy launched a loungewear collection called Sleepy Jones, with his business partner Anthony Sperduti and Chad Buri. In an interview with Esquire about the brand, Andy was asked if he, himself, wears pajamas and he said that his wife Kate Spade bought him a pair of pajamas every year.

2. Kate Spade and Andy Spade Had One Child Together

Wishing all of our moms out there a very Happy Mother’s Day ❤️ . . . . . . #francesvalentineny #katevalentinespade #happymothersday

The couple had one child together, a daughter named Francis Beatrix Spade. She is also known by the name “Bea.” TMZ reported that, in 2007, Kate Spade actually sold her company to take some time off and raise her daughter. According to Cosmopolitan, Spade said, “I took off a good nine years raising my daughter and absolutely adored every moment of it. But then I realized that she was becoming 12 and really didn’t want me around so much, so I thought I’d get back into the business.”

So, in 2016, Kate launched a new fashion brand called Frances Valentine, which was named after her daughter. The brand focuses on accessories and was helped along by Andy as well.

Bea was 13 years old at the time of her mother’s death. The Associated Press reported that Kate Spade was found in her bedroom and was declared dead at 10:26 a.m. ET., on June 5, 2018. There was reportedly a note left at the scene, telling young Bea that the death was not her fault. AP reported that Bea was at school when her mother was found dead. 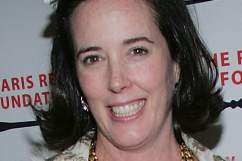 Comedian and actor David Spade is actually the brother of Andy Spade, making him Kate Spade’s brother-in-law. David Spade is known for many films, including Tommy Boy, Black Sheep, Joe Dirt, and Grown Ups. He actually got his early start on Saturday Night Live.

In addition to his brother Andy, David also has a brother named Bryan, who works in construction. The parents of these successful siblings are Judith, who was a writer and magazine editor, and the father worked in ads. Their parents divorced and the three brothers were mainly raised by their mother. According to The Observer, the patriarch of the family would often disappear and sometimes, for months.

In 2009, David, Andy and Bryan’s mother reflected on her kids’ childhoods, saying, “The boys took care of themselves. But they were very good at keeping themselves entertained.” She also stated that, “Andy was very sensitive and loved everything. He was just terribly interested in everything. I think he’s ADD, but I didn’t know that word then. He would have 10 projects going at a time.” Judith Spade was married three times and was living with her third husband in 2009, as reported by The Observer.

Prior to getting into fashion, Andy Spade actually worked in advertising. He worked with brands including Coca-Cola and Lexus, but left his job to fully commit to his wife’s fashion endeavors. When talking about how fashion advertising differs from the work he used to do in advertising, Andy told Ad Week, “It’s more visceral. There’s no logic to it. Fashion oftentimes isn’t about a product benefit, it’s about a point of view, a specific sense of style. It can be about a sense of humor people identify with.”

Today, Andy is still in advertising as well. For example, his company Partners & Spade is an advertising and branding studio. Andy’s inspiration in the field, he says, is, “Tom McElligott. He brought writing back to advertising. He put words and pictures on a collision course—without words, the pictures made no sense; without pictures, the words made no sense.”

Previously, Andy told The Observer that when it comes to his entrepreneurial dreams, money is key. He explained, “I would never build a business that doesn’t make money, I just don’t like the idea of just doing something—I mean that’s what my hobbies are. People don’t want to work for companies that can’t grow. I mean, my partner will leave if this company doesn’t make money.”

Andy Spade is actually involved in film, in addition to fashion. He produced feature films with the company Red Bucket Films.

The entrepreneur has also put together some book deals through publishing company HarperCollins. In 2009, The Observer reported that Andy signed a six-book deal with HarperCollins, for a series called “It.” Andy Spade is, clearly, a man of many trades.

When reflecting on the worst business decision that he ever made in his career, Andy told Ad Week that, “Hiring the head of our warehouse without checking his references. He turned out to be in the Cuban mafia and had shipped drugs out of the last job he had. And he was practicing voodoo on the employees. I’m not kidding. We had to call federal people to come in while we told him to leave.”

Read More
Celebrities, Deaths, Fashion
Follow Heavy ↓
Fashion designer Kate Spade has committed suicide. Get to know more about who she was married to and her life with husband Andrew, also known as Andy.