Jarrod W. Ramos, the suspect identified in the shooting at the Capital Gazette, has numerous family members in the Maryland region. His father and step-mother live in Maryland, and he has at least one sibling, a sister. Jarrod Ramos‘ Twitter account left behind a trail of strange symbols, angry tweets, and veiled threats and frustrated comments about people from the Capital Gazette. In contrast, his family’s social media accounts are all normal and nothing like Jarrod’s tweets, with posts about other family, friends, vacations, and hobbies.

This is what we know so far about Ramos’ parents and family.

According to Miguel Ramos’ Facebook profile, he used to work for the NSA. After that, he worked for the Metropolitan Washington Airports Authority. He studied at the Data Processing Institute. His Facebook profile also mentions that he went to Arundel High School. Some people, in an attempt to start false flag conspiracy rumors, have pointed out that Edward Snowden also went to Arundel High School. However, Snowden has said that he struggled in high school and dropped out. Snowden is also much younger than Miguel Ramos, so their time at the school did not overlap.

His father posted on Facebook about just marrying his wife 15 years ago, so it’s not known if she is Jarrod’s mother or if his mother is someone else. 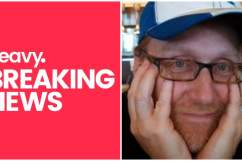 2. Miguel Posted Happy Birthday Messages to His Son on Facebook

Although Jarrod Ramos did not appear to have an active Facebook account, unless it was completely private, his dad still posted about his son. On his son’s birthday, he would share messages wishing him a happy birthday. 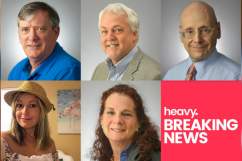 3. Many People in Jarrod’s Family Are Military Veterans

FacebookJarrod Ramos appears happy and carefree in a childhood photo shared by his family on Facebook.

Think a credible newspaper could beat me to it? Here’s to exposing cowardly liars everywhere I can. Come and get me. pic.twitter.com/7p3mEGSSI5

Some people on social media are questioning the description of Jarrod Ramos used by police and media, wondering about his family background. Police reports have listed Jarrods’ race as “white” and his ethnicity as “non-Hispanic.” The U.S. Census separates race and ethnicity, with ethnicity pointing to ancestral origin (such as Spain versus Hispanic America.) So in general, “White American,” according to the census, is divided between white Hispanics and non-Hispanic whites.

At this time, it’s unclear what Ramos’ family origin is, or whether his mother and father have different ethnicities and races. Some family posts mentions San Juan and Puerto Rico, but his family also appear to travel quite frequently, so this may not be an indication of their background. 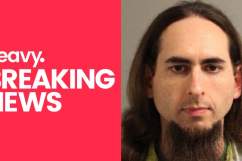 A post from Jarrod’s father talking about how happy he was to see a bird’s nest.

Jarrod Ramos is from Maryland, and much of his family appear to live in Maryland also, according to their Facebook profiles. Their public posts all appear normal and happy. His father shares happy birthday posts for his relatives. He also writes about missing his father who died at 57, missing his mother, and enjoying visiting sports events and family parties. Jarrod’s aunts post mostly lighthearted statuses, with their family leaving humorous comments. Other relatives have posted about nature and scenery, rainbows, and enjoying time with family. Jarrod did not appear to have a Facebook page, or at least if he did have one, it was taken down or private, unlike his Twitter account. He was tagged in family photos, but those tags were not connected to an account.

A number of people have already descended onto Miguel Ramos’ Facebook page, leaving angry comments and blaming him for his son’s actions. Others, however, have been quick to come to Miguel’s defense and ask the people leaving the posts to leave and go somewhere else.