A grandmother on a special trip with the granddaughter she is credited with saving. A couple celebrating their 45th wedding anniversary. A large tight-knit family from Indianapolis, Indiana. A church deacon and his teenage son, who was only recently baptized. These are just some of the victims who perished in the Branson duck accident tragedy.

According to the Stone County sheriff, 17 people have died in the accident, likely from drowning. Some of them were children, as the victims ranged in age from 1 to more than 70. Nine members of the same family died in the tragedy. They have been named as the Coleman family of Indianapolis, Indiana.

Robert “Bob” Williams was the first victim identified in the “Ride the Ducks” tragedy. According to CNN, Williams was the driver of the boat. He was 73 years old. You can read more about him later in this article. Here’s how you can donation to victims’ funds.

Initially, authorities said that four people were still missing by the morning of July 20, 2018. However, by mid-day, they said that all of the victims were accounted for. You can read the biographies of the victims below and see photos.

Robert Williams Was Remembered as a ‘God-Fearing Man’

Robert Williams was the first victim named. Williams’ grandson, Victor Richardson, described his grandfather to CNN. “He was a God-fearing man; he was very humble. He was the calmest spirit you could ever meet,” Richardson said.

Williams and his wife, Judy, had been married for more than 30 years. They lived together in Branson. Williams worked as a CDL driver for Ride the Ducks Branson. Before joining the company, he worked as a chauffeur at Branson Limousine & Executive Charter, Inc. He also worked as an ambassador at Amazing Acrobats of Shanghai and an usher at Amazing Acrobats of Shanghai. He was 73 and from Missouri.

You can read more about his life here: 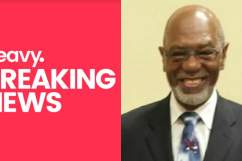 This is the Coleman family. Only two family members remain after the duck boat they were on capsized in Branson Missouri. pic.twitter.com/OjRQLhbGPE

Horrifically, multiple news outlets are now reporting that nine members of the same family perished in the tragedy. Another two members of that family were among the survivors.

WXIN spoke to Tia Coleman, who survived the tragedy along with her nephew.

“My heart is very heavy. Out of 11 of us, only two of us surviving – that’s me and my nephew,” said Tia. “I lost all of my children. I lost my husband. I lost my mother-in-law and my father-in-law. I lost my uncle. I lost my sister-in-law … and I lost my nephew.”

Tia Coleman also told the television station, “The only thing that I would like to be done but can’t, is to bring my family back,” and she alleged that the duck’s captain told the passengers, “don’t worry about grabbing the life jackets – you won’t need them,” so her family members didn’t take them.

Tia also spoke extensively about the tragedy in an emotional and moving press conference. You can see video of that here.

You can read more about the Coleman family here. 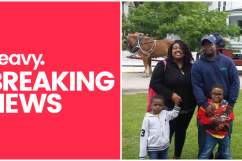 William and Janice Bright were a married couple. According to The Kansas City Star, they are among the victims of the Duck boat tragedy. They had been married for more than 40 years.

William Bright’s sister, Karen Abbott, told the Star she was extremely angry, saying, “I think this company should have their ass sued off of them and every penny they made should be returned to every victim that’s ever lost their lives in this.” The Brights have three children and 16 grandchildren, the newspaper reported. Bright’s parents both died decades ago, so his sister told the newspaper it was just her and her brother. Janice Bright was 63; William Bright was 75. Both were from Missouri.

The couple was in Branson to celebrate their 45th wedding anniversary. You can read more about the Brights here. 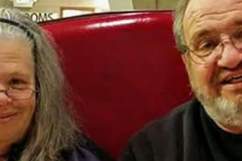 Leslie Dennison is being hailed a hero for saving her granddaughter during the tragedy. “I love you so much momma and your a hero in my eyes RIP momma !!” her son wrote on Facebook.

People on his comment thread remembered her as a “sweet lady.”

According to Kansas City.com, Leslie was in Branson as a special trip with her granddaughter, Alicia, 12, who was also on the duck. Alicia’s dad told the newspaper that his daughter “could feel her grandmother from below pushing her upward.”

“She said her grandmother saved her,” he said, according to the newspaper.

Leslie Dennison was 64 and from Illinois. You can read more about her here. 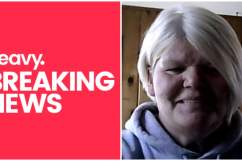 Leslie Dennison: A Tribute to the Branson Duck Victim

Social media tributes indicated that Bill Asher and Rose Hamman were among the victims. “Rest In Peace,Bill Asher & Rosie. The North Side Reunion will never be the same. This is heartbreaking ?❤️?. You will not be forgotten. You always made the reunion so much fun. I say we call it The Bill Asher North Side Reunion at least for this year,” wrote one woman on Facebook.

They were boyfriend and girlfriend and were from St. Louis. “It’s devastating, Will was such an integral part of the community here. He knew everybody there wasn’t a person that drove by that he didn’t wave to, talked to he was just wonderful,”said former neighbor Jim Roepke to KMOV-TV.

Asher was 69 and Hamann was 68. Both were from Missouri.

#BREAKING: 2 Arkansans died on the duck boat in Branson. According to church members’s Facebook posts, Steve Smith and Lance Smith, 15, are from Osceola. This is a picture of Lance at the pulpit that’s circulating on social media. pic.twitter.com/WYUkHckUvm

Lance Smith, 15, was from Arkansas. His father, Steve Smith, was 53 and a retired teacher. Steve was also a deacon at Osceola Church of Christ. Lance was recently baptized and was described as a “perfect example of humility and compassion.” Lance had just done a devotional at church, a social media post recounted.

Steve Smith’s daughter survived. His wife had stayed behind.

“This past Sunday I finally was able to get Lance to do a devotional and break out of his shell,” reads the prayer request by Will Hester. “He was like a son to me, and I will miss him greatly. He was the perfect example of humility and compassion. He cared about everyone.”

You can read more about the Smiths here. 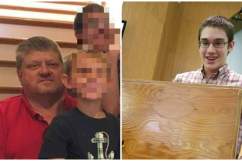